The ninth-generation Chevrolet Corvette won’t be a radical departure from today’s mid-engine two-door.

Insiders have told GM Authority the C9 Corvette is expected to make its debut in 2028 as a 2029 model year car, and will use an evolution of today’s Y2 mid-engine rear-wheel drive architecture, meaning it will be available with internal combustion engines.

As such the Corvette coupe and convertible will continue to be built in relatively low numbers at the company’s factory in Bowling Green, Kentucky. 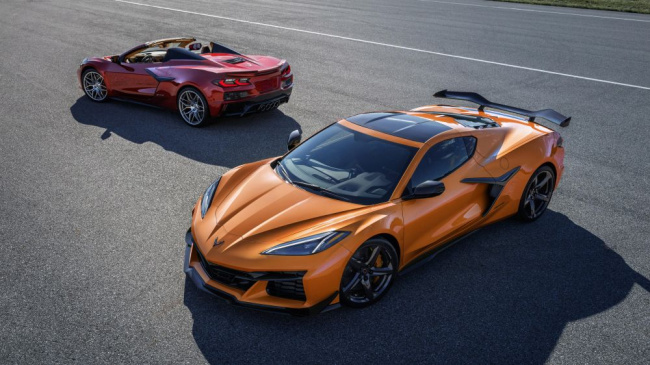 This means the next-generation Corvette sports car will share little except badging with the rumoured Corvette-branded sedan and crossover.

Both the sedan and crossover will use a version of the electric-only BEV Prime platform that will also be found underneath upcoming Cadillac models, as well as a premium Buick crossover.

While this won’t be the first time Corvette has been involved in platform sharing — the Cadillac XLR hardtop convertible from the early 2000s used the C6 Corvette architecture  — these new models will stretch the Corvette sub-brand into new and uncharted territory.

It’s likely these new Corvette models will be built alongside their Cadillac and Buick siblings at factories outside Bowling Green, the Corvette’s home since 1981. 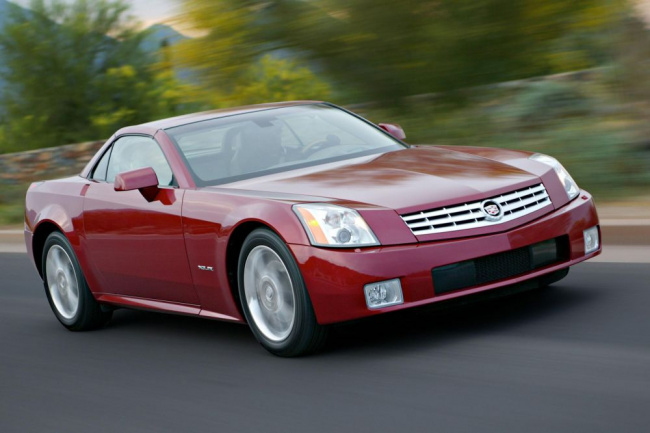 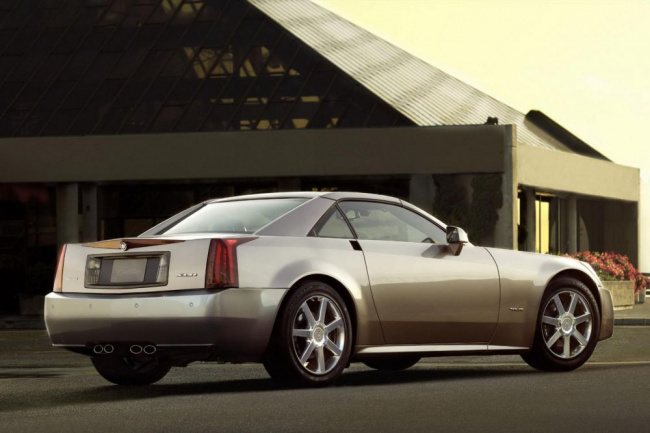 The new EV Corvettes won’t be the sub-brand’s first taste of electrification. Earlier this month Chevrolet took the wraps off the E-Ray, a hybrid model with a total of 488kW thanks to a 6.2-litre V8 driving the rear wheels and an electric motor for the front wheels.

We’re not sure how economical the E-Ray will be, but it’s set to be the fastest production Corvette yet with a 0-60mph (0-97km/h) time of 2.5 seconds.

In the not-too-distant future Chevrolet will add an all-electric Zora variant to the supercar range. This will be joined a V8-powered ZR1. 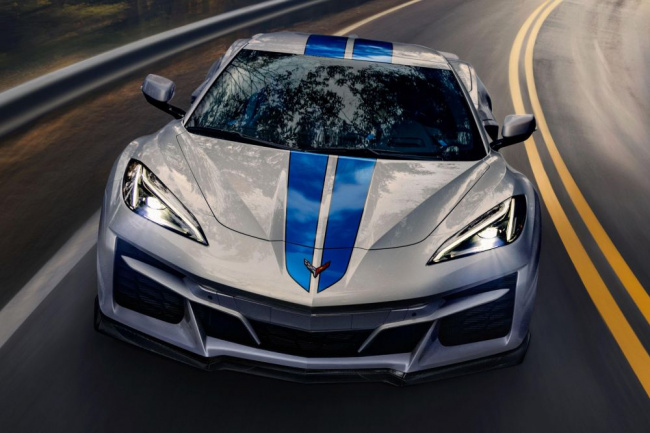 These two cars will round out the existing C8 Corvette lineup, which currently consists of the base Stingray with a 364kW/630Nm 6.2-litre V8, and the Z06 powered by a flat-plane crank 5.5-litre V8 making 500kW and 624Nm.

The current C8 Corvette marked a radical, and long-desired, change for America’s supercar, switching from its classic front-engine rear-wheel drive setup to a mid-engine layout.

While internal combustion engine fans may cheer today’s report about the Corvette, it should be noted GM plans to phase out sales of diesel- and petrol-powered cars by 2035, so the C9 may be the last generation of the venerated sports car to have a V8 option.

The Least Reliable Electric Car of 2022 Is American

The Cheapest V8 Chevrolet Camaro Is an Absolute Performance Bargain

3 Things U.S. News Doesn’t Like About the 2022 Chevrolet Spark

The Corvette increases segment market share, a Corvette with a famous ownership history heads to auction, and more stripe options coming in 2024 are a few of the items that make our top stories of the week! What is the most exciting thing about Friday? It is reading another ...

Fitting for the decade of excess, Chevrolet introduces their most radical Corvette yet, the C4. A timeless design and true return to form. Welcome to Corvette History Part 6: The C4. Here are our prior installments: Part 1: Origins & C1 Part 2: Small Block Chevys & Solid Axles ...


View more: The C4 Corvette (History of the Corvette, Part 6)

America’s Sports Car rounds out the Top 10 list of used car prices that are still rising, but is this about to change??? The American auto industry has survived depressions, recessions, and even a couple of World Wars. But it’s hard to find a comparable period to these last ...

Photo: Chevrolet Motorsports The convergence of GT regulations to GT3 in all significant sports car championships by 2024 meant that we would see brand-new racing cars from several manufacturers. In the build-up to the 2023 Rolex 24 at Daytona, Chevrolet has unveiled the new Corvette Z06 GT3.R. The first-ever ...

Car will be Chevrolet's flagship customer car for the IMSA WeatherTech SportsCar Championship.

Which Is Bigger, the Chevy Blazer or Trailblazer?

Is the 2023 Chevrolet Trailblazer Better Than the 2022 Model?

The Most Affordable and High-Value SUVs Revealed by Cars.com Affordability Report

These 3 Cons May Have You Skipping the 2023 Chevy Malibu