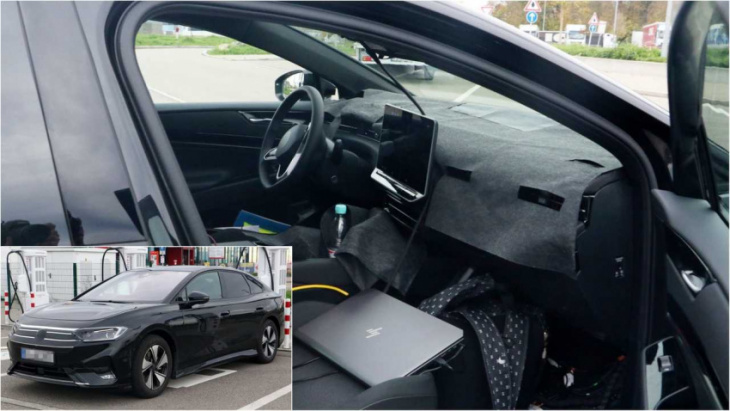 Previewed by the sleek ID. Aero Concept in summer, Volkswagen’s upcoming midsize electric sedan has once again been spotted in prototype form, this time while charging at an Ionity station.

This is probably the best look yet at the production model, which is expected to carry the ID. Aero or ID.7 names when it launches next year as an indirect replacement to the Arteon.

While this particular vehicle continues to sport Volkswagen’s annoyingly effective camouflage that uses stickers to deceive the eyes of the viewer, it gives us the best look yet at the interior. Sure, the dashboard is almost completely covered with a cloth, but we can see the new center screen that is clearly bigger compared to those in existing ID. models.

We also get a look at the flat-bottomed steering wheel with a familiar design shared with other ID. models and the lower part of the curved digital instrument cluster. Other things worth mentioning are the seats that appear to offer significant lateral support, the high center tunnel, and gloss black trim on the door panels and the lower part of the central screen—which seems to feature physical buttons as well.

On the outside, there’s not much to talk about because most of the details are fake, thanks to Volkswagen’s clever use of stickers. The list of fake elements is long and includes the “air intakes” in the front bumper, the grille, headlights, taillights, the “exhaust tips” and more. 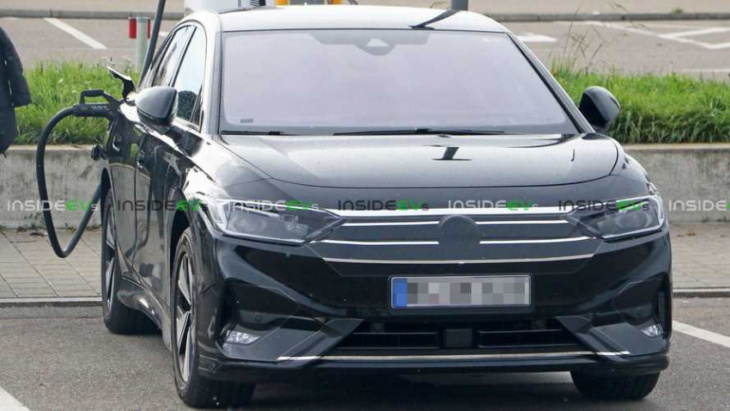 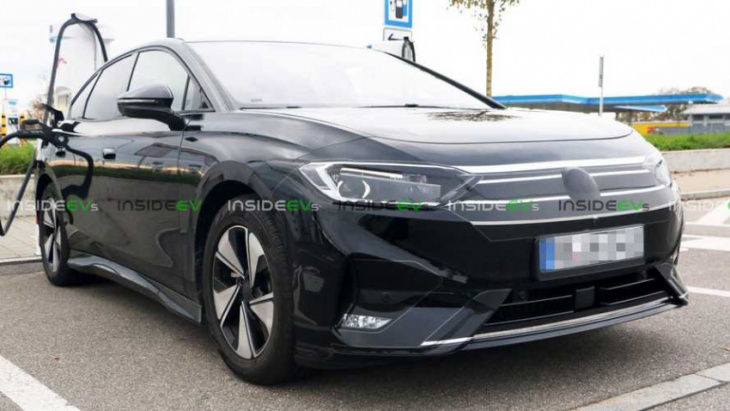 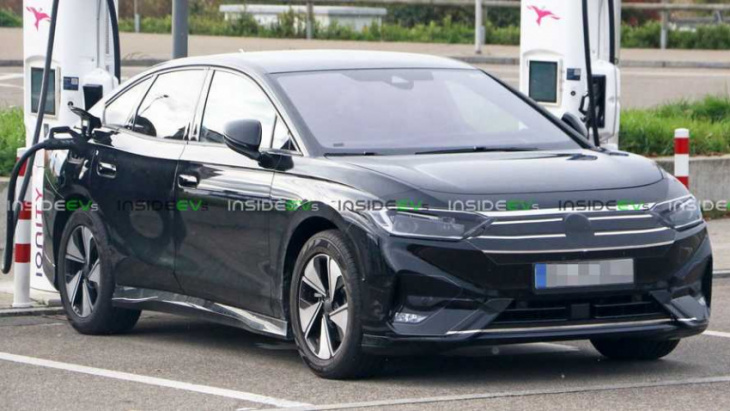 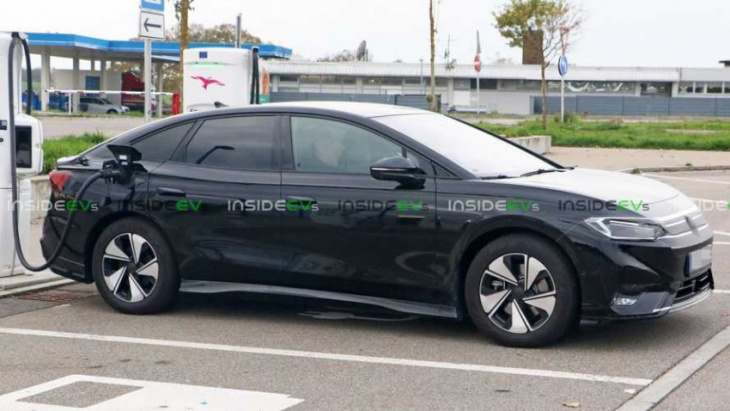 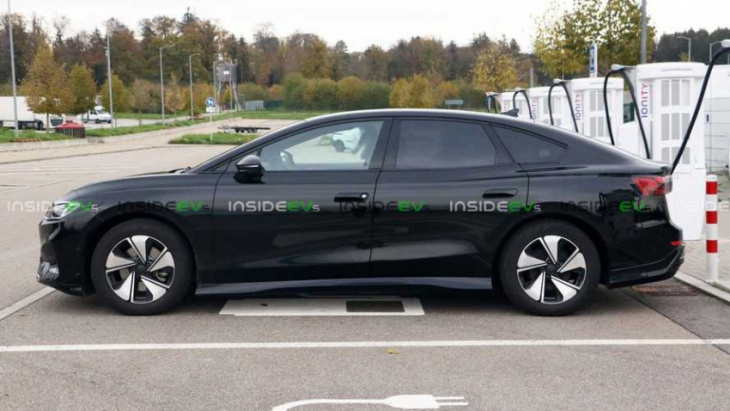 There’s also a lot of camouflage around the C pillars, while details such as the front and rear LED light strips uniting the headlights and taillights are covered by black tape.

If you peel away the fake stripes on the lower part of the front bumper you can almost see the final design, which looks a lot like the ID. Aero Concept. Basically, the entire vehicle should be very similar to the design study, albeit a bit toned down in typical VW fashion.

Volkswagen’s first production electric sedan will ride on the MEB platform just like all the other ID. models so far, and will be available with both single-motor RWD and dual-motor AWD powertrains. A sportier GTX version is also in the cards for a later debut.

At the ID. Aero study’s debut earlier this year, Volkswagen revealed a driving range of up to 385 miles (620 kilometers), a drag coefficient of 0.23 and overall length of around 5 meters (196.8 inches). If the production model will be the same size, it will be as long as a Tesla Model S. However, given the limitations of the MEB platform, the ID. Aero will likely be marketed as a rival to the Model 3 and Hyundai Ioniq 6.

The ID. Aero will first launch in China in the second half of 2023, though the model could be unveiled sooner, maybe before the end of 2022. The European and North American versions of the car will be revealed later in 2023, with sales likely to start in these regions in late 2023-early 2024.

The ID. Aero will likely spawn a wagon version later on, which could be called the ID. 7 Tourer as per a recent trademark filing in Europe. 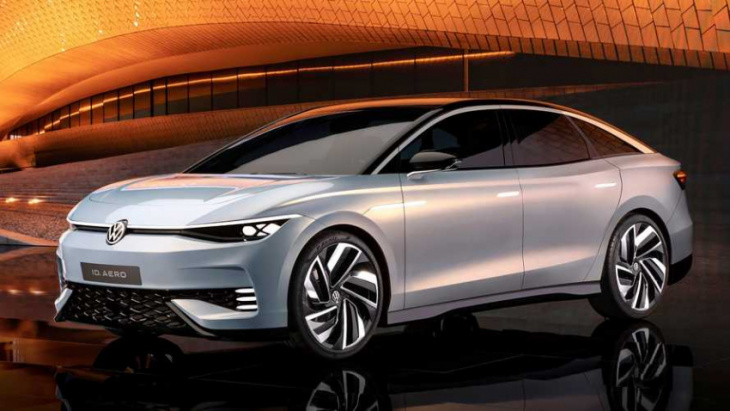 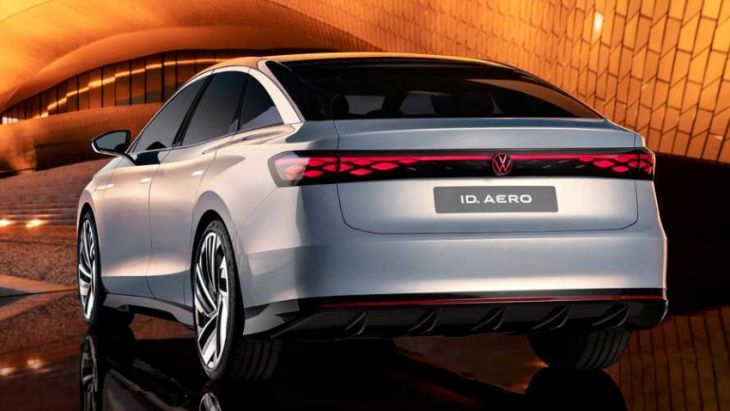 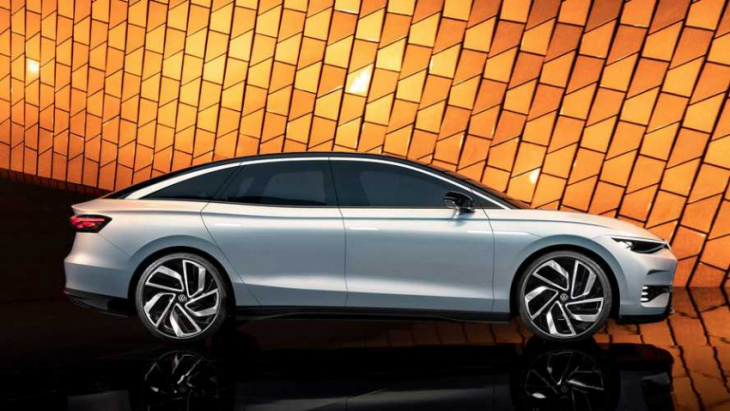 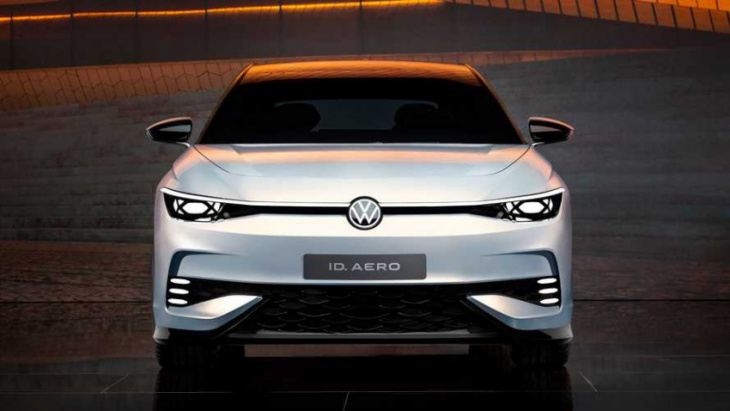 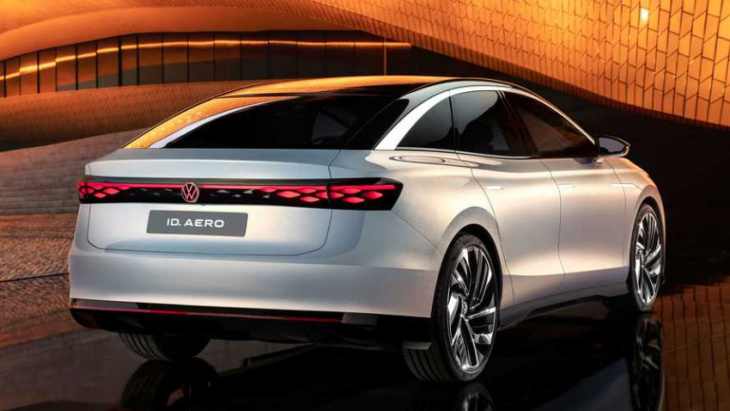 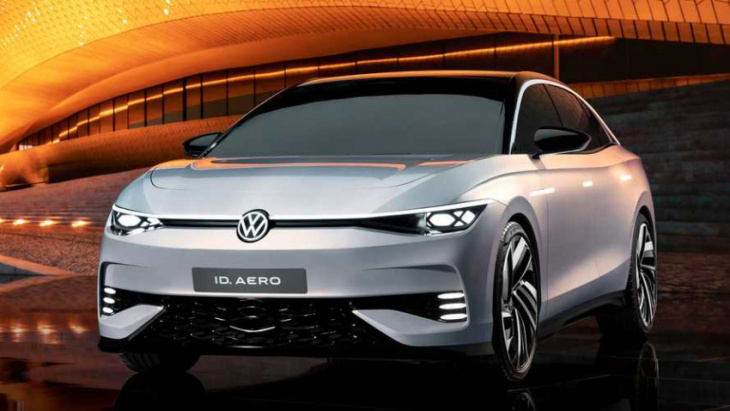 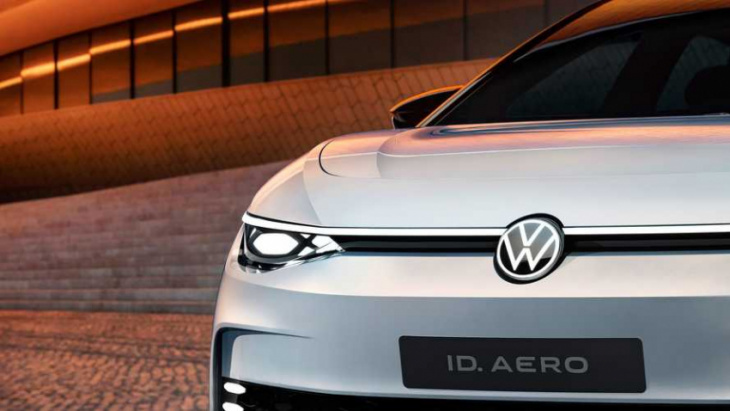 Laggy screens and hard-to-see controls are set to be fixed and replaced, CEO says. Volkswagen CEO Thomas Schafer has admitted the new multimedia technology, both software and hardware, in current models needs replacing. Speaking to Car Magazine at the Los Angeles Auto Show, Mr Schafer said there had been ...