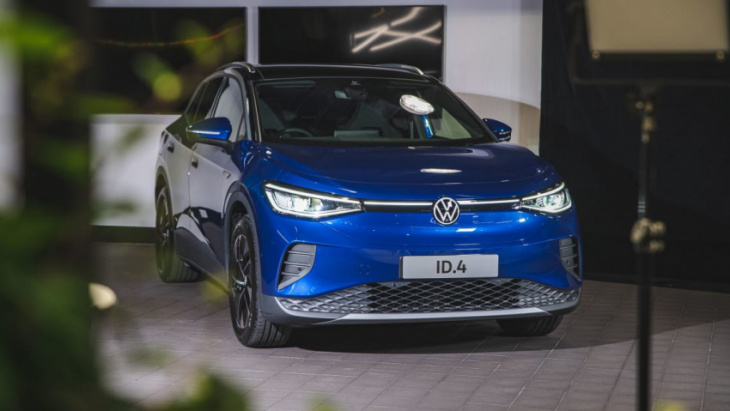 Volkswagen is a little late to the electric car party in Australia, despite fielding an impressive suite of models in its home market of Europe.

In fact, Volkswagen’s range of ID electric cars might be the greatest threat to Tesla’s market dominance so far, with the big German marque already matching or even exceeding Tesla’s market share in certain markets.

Can it replicate this success in Australia when it is finally able to bring its ID range to our shores? We had a chance to take a close look at some pre-release examples and chat to Volkswagen’s Australian division so we can share with you everything we know so far.

When will the ID.4, ID.5 SUVs and the ID.3 hatch arrive in Australia?

Volkswagen’s range of electric cars were delayed in Australia for a plethora of reasons. The most obvious one is that the brand had to use its limited build capacity to fulfil strong electric car demand in Europe, where a more EV-friendly policy environment rewards both private and fleet buyers for making the fully electric jump.

Things have changed though, according to Volkswagen Australia’s director of passenger cars, Michal Szaniecki, with a change in government in Australia conspiring with dropping demand in Europe due to high energy prices causing a seismic shift in where cars are allocated.

“Originally we didn’t even have the ID range designated for Australia for at least a year to come, but in the last six months we’ve had this acceleration – we were given the option from the factory to start production earlier,” he said. 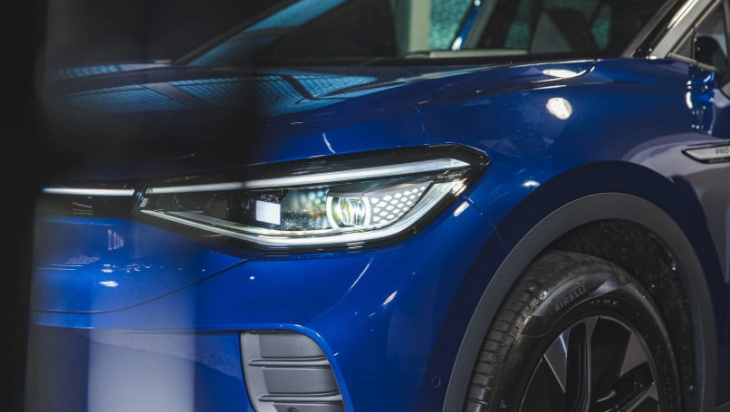 “We simply had to put those cars where CO2 policies exist,” he said of the delays, “but now, with energy prices rising in Europe and a drop in demand, it has essentially been inverted, now markets like Australia which were second or third priority before have been brought to the front, we can now have access to those production slots.”

While the ID.4 and ID.5 SUVs have been prioritised for Australia, the Golf-sized ID.3 hatch has been pushed back, with the brand’s Australian division now saying that it will not arrive until its first facelift, likely late 2024 or 2025.

How much will the ID.4 cost when it arrives in Australia

Volkswagen has been hinting at how relatively “affordable” the ID.4 will be compared to other electric cars when it arrives in Australia. However, we now know there is a bit of a catch.

While the price could be as low as the mid-$50k region (equivalent to the most popular Tiguan 162TSI R-Line), it is likely the first variant to arrive in Australia will be more of a bells-and-whistles model costing in the mid-$60k region, with the largest battery option. 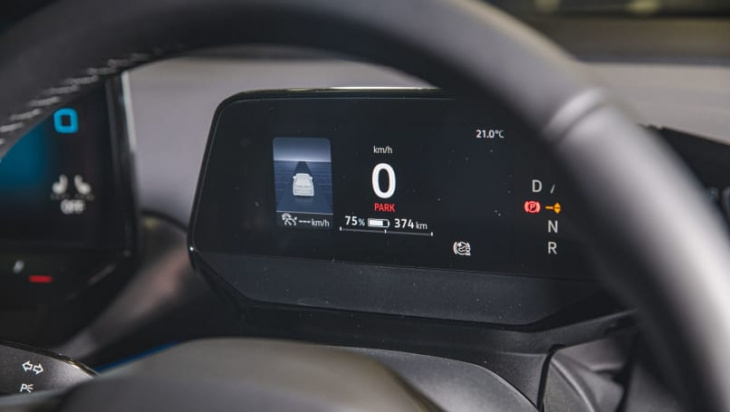 Despite this price being on par with Australia’s most popular electric car – the entry-level Tesla Model 3 Rear-Wheel Drive (from $65,600 before on-road costs), this first ID.4 looks to still undercut what should become its prime rival – the Tesla Model Y (from $72,300).

Volkswagen hasn’t ruled out bringing in a more basic variant at a later date, with a smaller battery, less powerful motor, and lower standard spec.

The brand is hoping it will be a simple step up for its existing buyers to hop from its combustion range into its electric cars. As such, most of the touch points and ergonomics are similar between the two vehicles.

The ID.4 benefits from its flat floor and relatively long wheelbase, however, extending cabin space and allowing more storage inside. The ID.4 has a 543-litre boot, slightly down on the Tiguan’s 615-litre space. 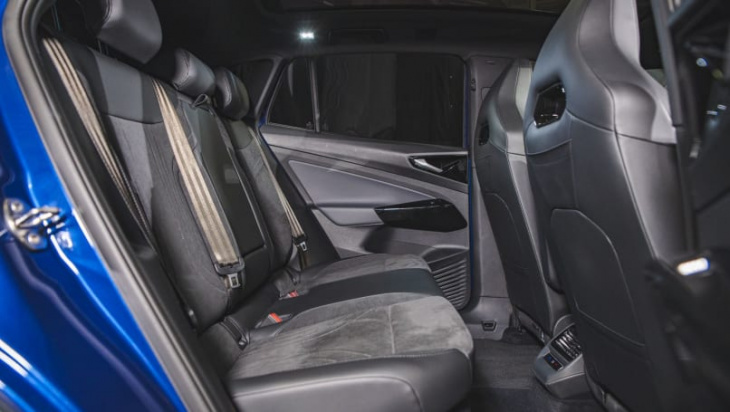 How much driving range does the ID.4 have?

This will depend on the battery options which become available in our market. The brand says that the initial versions which arrive in Australia in late 2023 will ship exclusively with the larger 77kWh battery option in rear-wheel drive layout – allowing for a 530km range between charges.

The range also has the option of a 52kWh battery, which provides a driving range of 360km, although this version is not earmarked, at least initially, for the Australian launch.

The version of the ID.4 which will initially arrive in Australia will have a mid-spec motor, producing 150kW/310Nm mounted on the rear axle.

The lesser 110kW/220Nm base-model motor may arrive at a later date, and the brand is also keen to bring in the GTX grade which is the most powerful, producing 220kW/410Nm. 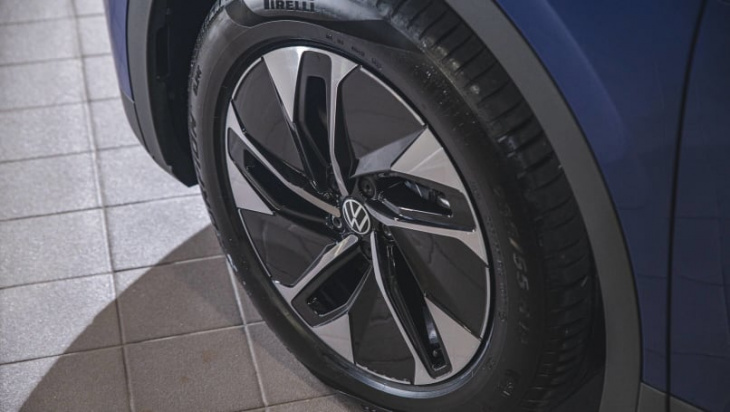 The Australian version of the ID.4 will have a mid-spec motor, producing 150kW/310Nm mounted on the rear axle. (Image credit: Tom White)

How fast does the ID.4 charge and how efficient is it?

The ID.4 is capable of charging at a rate of 135kW on DC, charging from 5-80 per cent in well under an hour, regardless of variant. It can also charge on the slower AC standard at up to 11kW.

Efficiency ranges between 16.3kWh/100km for the most basic 110kW 52kWh versions to 18.2kWh/100km for the go-fast GTX grade. The mid-grade long range version, which is the most likely to arrive first in Australia consumes 16.6kWh/100km on the WLTP cycle.

What kind of standard equipment does the ID.4 have?

Volkswagen says its range of ID electric vehicles will be simpler than its combustion lineup, suggesting a single trim level for each battery and motor combination.

The version viewed by CarsGuide (known overseas as the ID.4 Pro – equivalent to combustion R-Line specs) was said to be most representative of the kind of specification which will arrive in Australia initially. This car has 19-inch alloy wheels, seats with ‘microfleece’ suede trim, a 10.0-inch multimedia touchscreen with Apple CarPlay and Android Auto connectivity, built-in navigation, LED head- and tail-lights, interior ambient lighting, tri-zone climate control, keyless entry and ignition, a power tailgate, and voice control. 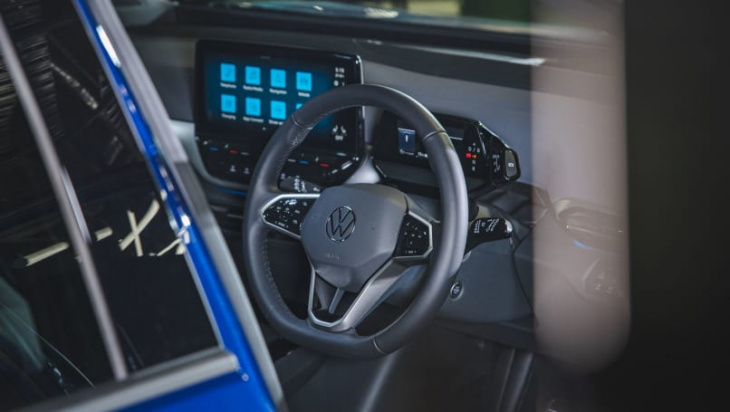 How safe is the Volkswagen ID.4?

The ID.4 was awarded a maximum five-star Euro NCAP safety rating in 2021.

Should you wait for an ID.4?

The ID.4 could be a smart choice given its mid-size SUV dimensions and predicted price-point. It looks to be more affordable than the Model Y, while offering similar performance and familiarity with the rest of Volkswagen’s range.

Given ongoing supply issues for rival models, it could be worth waiting to see if the ID.4 fits your needs. Volkswagen’s Australian division predicts that by the time the ID.4 goes on sale by the end of next year, supply issues will have cleared up enough that waiting lists should be less of a problem.

Keyword: 2024 Volkswagen ID.4 electric car: Australian pricing, timing and everything else we know so far