The liftback sedan gets more power across the lineup and reduces its carbon impact. 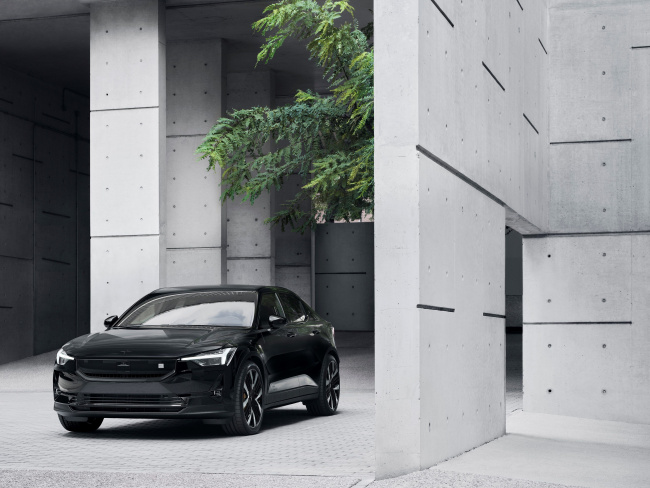 When was the last time you heard of a vehicle going from front-wheel drive to rear-wheel drive in one model year? Years ago, it was the other way around, during the 1980s era of downsizing, but Swedish EV company Polestar has flipped the script for 2024. The battery-electric 5-door fastback Polestar 2 is getting a major update for the new model year, and that includes a shift from FWD to RWD on single-motor variants.

That’s just one example of the modular beauty of electric motors, but the updates don’t stop there. In fact, the 2024 Polestar 2 has been fitted with a new generation of electric motors and inverters that allow for a power bump across the single- and dual-motor lineup. Single-motor variants will now send 299 hp and 361 lb-ft of torque to the rear wheels, up from the previous 231 hp and 243 lb-ft, while dual-motor versions boast 421 hp and 546 lb-ft of torque to all four wheels, a notable increase over the previous 408 hp and 467 lb-ft. 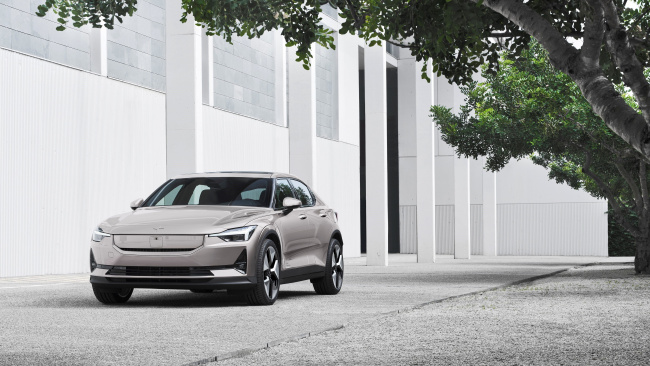 These new electric motors are not only more powerful but actually split the torque in a different way than their predecessors. Polestar says the dual-motor, all-wheel-drive variant now has a rear-drive bias, with the rear motor being the primary drive source and being supplemented by a new asynchronous motor on the front axle. Additionally, the front motor can now be disconnected to provide longer range.

These performance gains are measurable through reduced 0-60-mph times on both the single-motor and dual-motor variants, setting respective times of 5.9 seconds and 4.3 seconds. By comparison, the dual-motor performance pack sets a 0-60 mph time of 4.1 seconds, thanks to its additional 34 hp. But quarter-miles runs aren’t the only kind of performance that electric vehicle owners are worried about.

Polestar is also hoping to ease range anxiety with this refresh. The company claims the long-range dual motor variant will be capable of an EPA-estimated 270 miles, thanks to the new front motor disconnect function, while the single-motor variant reaps the benefit of a new 82-kWh battery, making it capable of 300 miles on a single charge. The maximum charging speed of the single-motor variant is also up, now set at 205 kW. Both dual-motor variants are still powered by the 78-kWh battery and have a maximum charging speed of 155 kW. 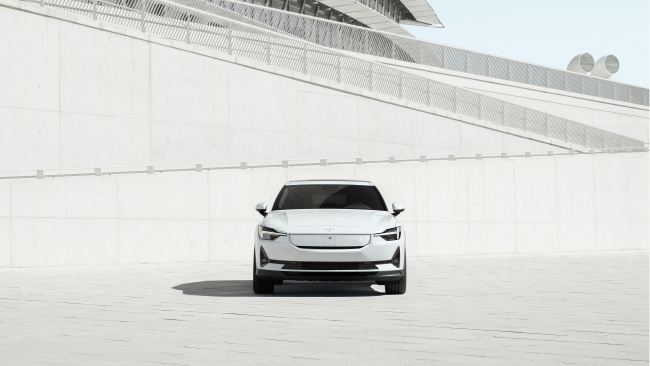 Polestar has maintained its stance as a brand committed to de-carbonization, with the goal of producing a carbon-neutral vehicle by 2030. To this effect, the company says the newly designed single-motor version is actually more carbon efficient than its predecessor, despite the jump in battery size. Specifically, the updated model sheds around 1.1 tons of carbon, for a total of 5.9 tons per car.

Other notable additions include Polestar’s SmartZone technology, which includes a front-facing camera and mid-range radar. These systems are integrated to improve advanced driver-assistance systems and can even augment the level 2 semi-autonomous driving system known as Pilot Assist.

Pricing for the 2024 model year has yet to be revealed, but the Polestar 2 faces some stiff competition as one of its main competitors, Tesla, slashed prices on its entry-level Model 3. For the 2023 model year, the Polestar 2 starts at $49,800, about $9000 more than the Model 3’s base price. Fully loaded, dual-motor performance pack versions will go for $63,000.

Even so, the Polestar 2 has largely been a success for the company, as it just surpassed the 100,000-unit production mark and reported sales figures showed growth through 2022. With the launch of its first SUV, the Polestar 3, and an impending super sedan on the way, Polestar could be in a high-selling year—if it can keep up with its production targets.