The 2024 Mercedes EQG, the forthcoming electric version of the company’s tough G-Wagen off-roader, will be able to turn in its own width by reversing its wheels on one side, allowing it to rotate much like a tank.

Although Mercedes posted a video of the EQG’s party trick back in May, the company has, thus far, remained tight-lipped about the specifications of the EQG but did confirm that power would be sent to the wheels by four individual electric motors. With some software trickery this is what enables it to make 360-degree turns in its own width.

On the prototype version at least, this function is operated via shift paddles either side of the steering wheel, allowing the driver to choose in which direction they want to turn.

“At first we thought the G-Turn would be a nice feature to have, but not quite necessary,” said head of Mercedes’ “G” division, Emmerich Schiller, speaking to Autocar.

“But after testing it, we discovered that it does offer practical advantages in tight situations off road and decided to offer it on the production model.”

Rivian got there first

Mercedes, however, is not the first company to offer a tank turn feature on one of its electric vehicles.

Two years ago, the American EV maker Rivian hinted that its quad-motor R1T pickup and R1S SUV would be equipped with tank turn capability, though the feature has not, as yet, made it to production models.

Implementing tank turn has proven troublesome for Rivian, not least because programming a vehicle’s computers and traction control systems to deliver the extremely precise inputs required to allow all of the vehicle’s four wheels to break traction while not letting it spin wildly out of control is especially challenging.

Whether Rivian or Mercedes makes it to market with the feature first, remains to be seen.

What do we know about the Mercedes EQG? 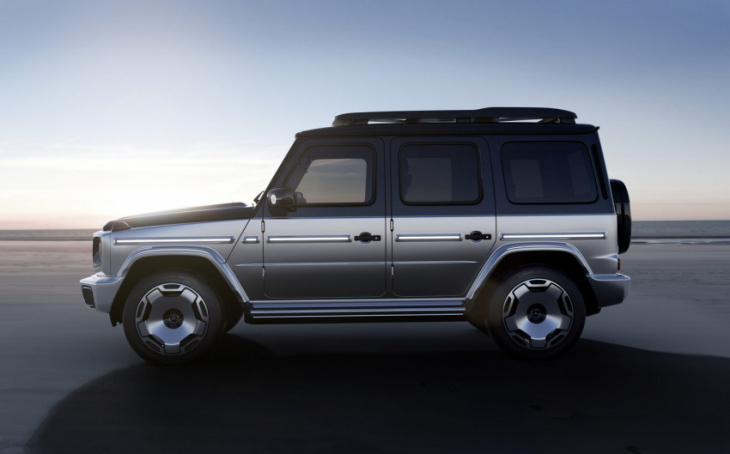 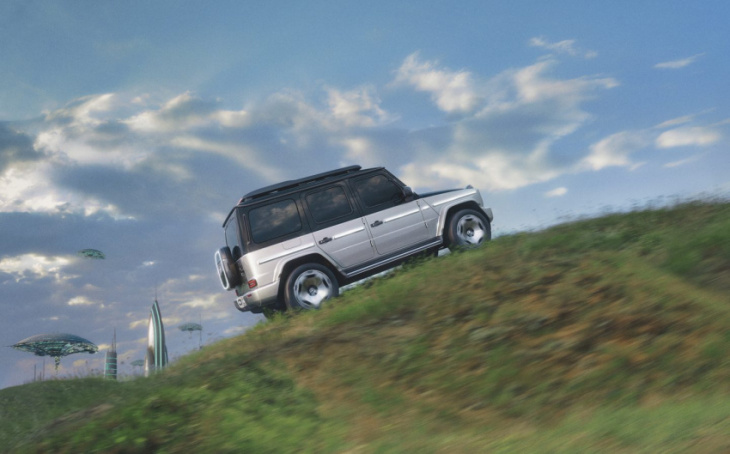 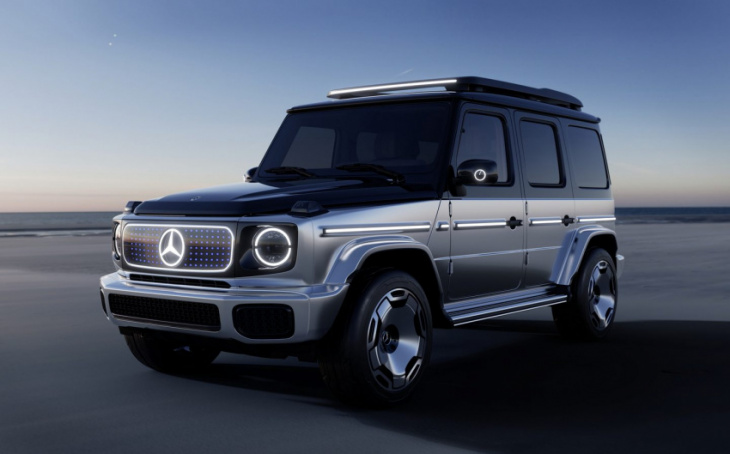 Since then, Mercedes has been working on several pre-production prototypes and, while it hasn’t revealed anything in the way of performance figures, it has given some indication as to what might lie under the EQG’s skin.

The EQG has been developed from the ground-up as a proper G-Wagen, which is to say that the electric model is still set to be built on an old-fashioned ladder chassis, though instead of an internal-combustion engine there’ll be those four electric motors driving the wheels.

Again, there’s no information as yet on the EQG’s battery size, but judging by other cars in the EQ range, expect something in excess of 100kWh with possibly greater than 600bhp on tap from the motors.

Mercedes insists that the electric G-Wagen will possess just as much off-road nous as its combustion-engined equivalent and in light of that has safely mounted the battery in between the frame of the ladder chassis, thoroughly protecting it from knocks and flying debris by means of a strong Kevlar lining.

At present, the company says that the EQG will go on sale from 2024 and while it’s obviously too early to say much as regards the pricing, expect something somewhere in the region of £200,000.

Keyword: 2024 Mercedes EQG can rotate on the spot like a tank, but it’s not the first EV with the idea