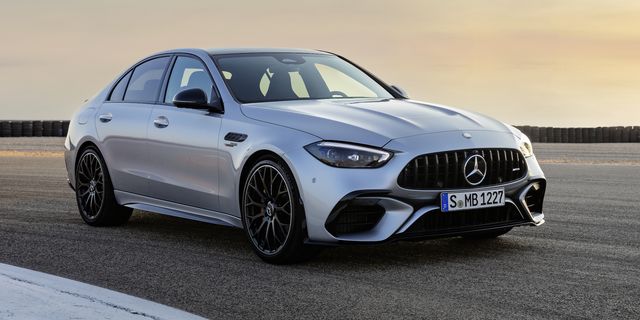 The rumors are true: Mercedes has dropped the V-8 from the C 63 for 2024. But just because the venerable eight-cylinder is gone doesn’t mean this M3 fighter has lost its edge. It’s more potent than ever, with 671 hp and 752 lb-ft of torque.

The 2024 Mercedes-AMG C 63 S E Performance has been given a substantial powertrain overhaul to future-proof it for years to come. At its heart sits the company’s incredible M139 2.0-liter turbocharged four-cylinder, which here uses electric turbocharging to eliminate lag, improve efficiency, and generate more power. For the C 63, it gets a larger turbocharger, resulting in a claimed output of 476 hp at 6750 rpm and 402 lb-ft of torque between 5000 and 5500 rpm. This makes it the most powerful four-cylinder ever put into production. It connects to standard 4Matic+ all-wheel-drive system via a nine-speed multi-clutch automatic transmission. 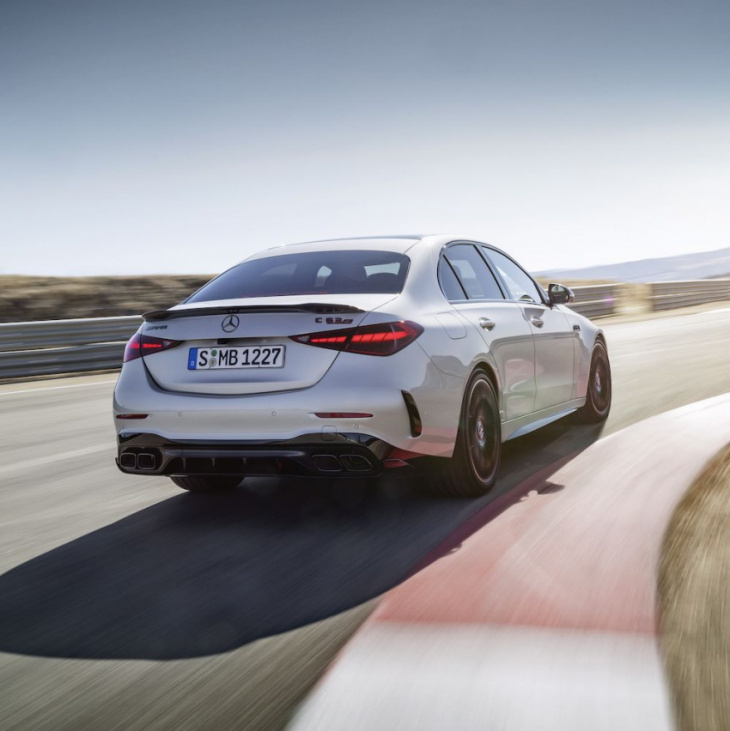 The engine is only half the story, though, as the C 63 has gone hybrid too. A 400-volt electrical system with an AMG-designed 6.1-kWh battery powers a permanently excited synchronous electric motor integrated into the rear axle with its own two-speed transmission and an electronically controlled limited-slip differential. The motor delivers instant torque to the rear wheels, and spins at up to 13,500 rpm, with peak outputs of 204 hp and 236 lb-ft of torque. According to Mercedes-AMG CTO Jochen Hermann, the battery tech is a copy/paste design from the company’s Formula 1 cars. The two-speed gearbox allows “the spread from high wheel torque for agile starting to safe continuous output at higher speeds,” according to Mercedes. It doesn’t engage second gear until 87 mph for optimal acceleration.

The combined output of the new C 63 S E Performance dwarfs every other AMG on sale, save the GT Black Series. This, in a C-Class! And as a reminder, the old C 63 offered “just” 503 hp and 516 lb-ft of torque. Mercedes quotes a 0-62 mph time of 3.4 seconds and an electronically limited top speed of 155 mph, or 174 mph if you check the right option boxes. Pretty good considering a claimed curb weight of 4654 pounds. 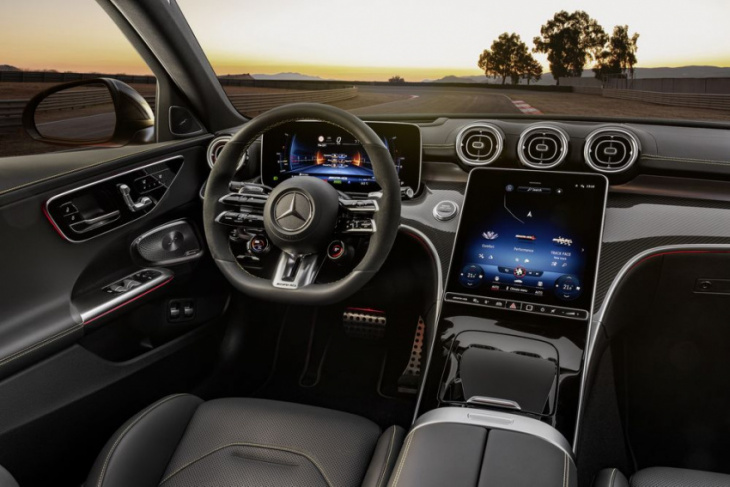 Even more amazing than the C 63 S E Performance’s acceleration is its ability to distribute torque. If the car senses a loss of grip at the rear, the electric motor can actually send torque back through the AWD system to the front wheels, even in EV mode. There’s also a drift mode that sends all the torque to the rear rubber for pure sideways enjoyment. Other chassis improvements come from standard rear-wheel steering and standard composite brakes with six-piston calipers up front.

Mercedes has yet to release pricing or availability for the C 63 S E Performance, though we expect it to arrive in the second half of next year.


View more: Next Mercedes E-Class Wagon Spotted In Public For The First Time

There have been many racing homologation specials over the years, but few as extreme as the Mercedes-Benz CLK GTR. DK Engineering put together detailed videos showing just how much this barely tamed racer differs from the standard CLK, which was roughly equivalent to today’s E-Class Coupe in the Mercedes ...

BERLIN: Mercedes has announced plans to expand its luxury electric EQS saloon into a tougher, taller and pricier SUV under the same name in December. Prices for the EQS-badged SUV are to start at €110,658 (RM503,000) in its home market of Germany, making it €3,000 more than the already ...