The camouflage could be a distraction from what's really happening at the back. 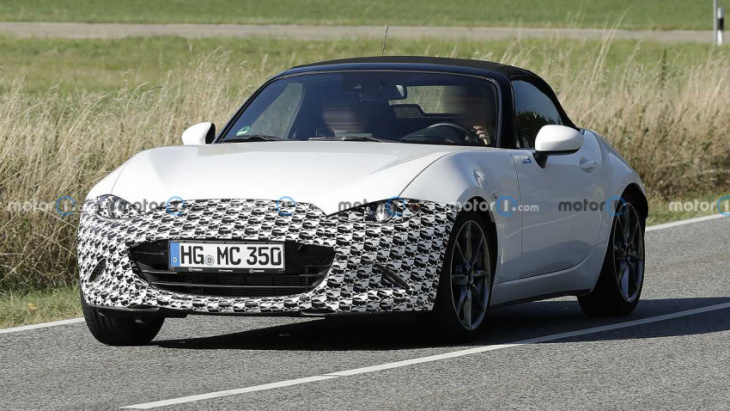 The current-generation Mazda MX-5 Miata has been around for quite a while. The ND era launched in 2014 for the 2015 model year, and now we’re getting our first look at what should be the NE model. However, your attention shouldn’t fall on the camouflaged face, smiling as it is. The real action is happening beneath this skin, as we believe this is a test mule wearing a modified ND body.

We’ll give credit to Mazda for being supremely clever here. At a glance, one might see this as a prototype wearing a small facelift. It’s certainly not uncommon for automakers to wrap an entire nose in camo wrap for even small changes, but as far as we can tell, there’s nothing different about this Miata’s grinning front clip. The headlights look unchanged, as do the slim corner vents and that happy-as-heck grille.

Fortunately, this test vehicle was caught on camera by two of our spy sources, snapping nearly 50 photos all total. And a few of those images capture what’s really happening on this car. 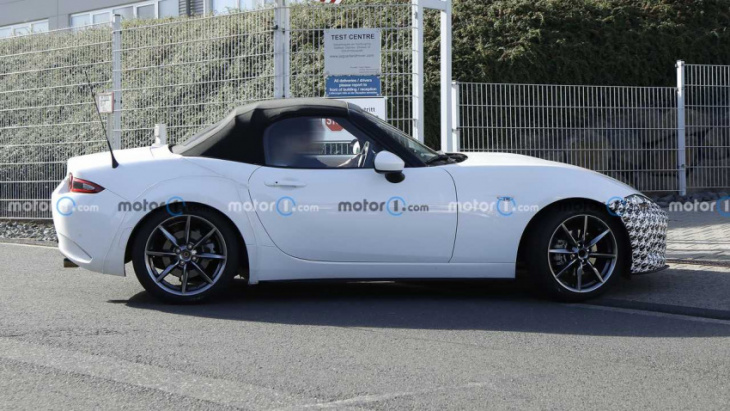 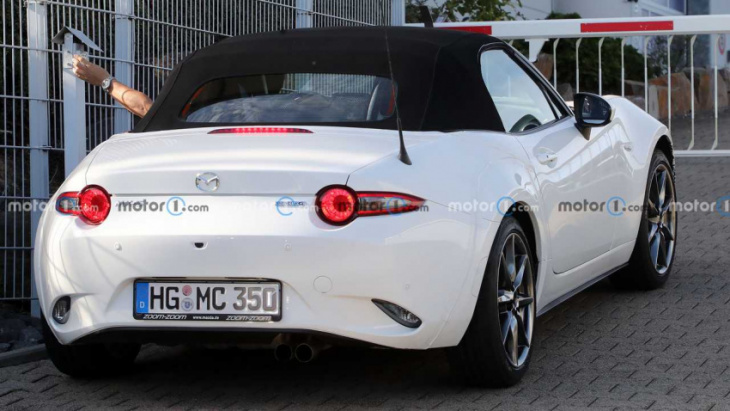 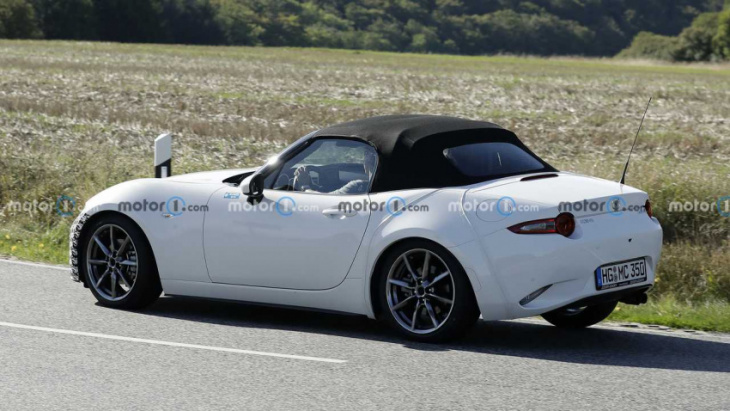 It seems we’re dealing with an NE MX-5 test mule wearing a modified current-gen body. The white finish makes it hard for the camera to catch details, but as the photos above show, the rear fenders have been widened. It points to the new sports car featuring a wider stance, while also keeping the same wheelbase.

We can also see some wiring taped to the side of the car, running underneath just ahead of the rear wheels. As for the camouflage on the front, we think it’s just there as a distraction. Of course, we’ve learned to never say never when it comes to test vehicles and spy shots.

Mazda has said the next-generation MX-5 will continue with its own rear-wheel-drive platform and a gasoline engine. However, a 48-volt mild-hybrid powertrain could enter the mix. Mazda also previously said a 10-year life cycle for its sports car isn’t a problem, which makes 2024 a likely timeframe to see the new model revealed.