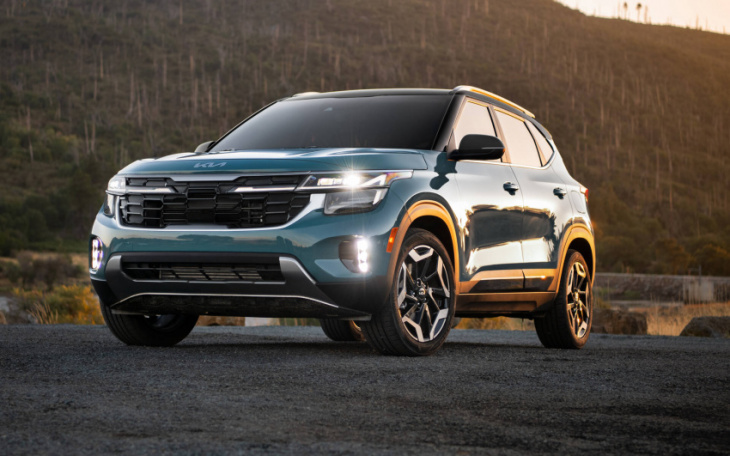 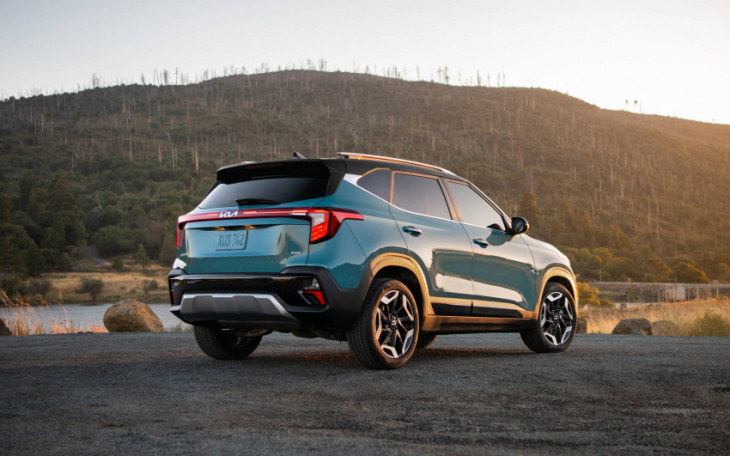 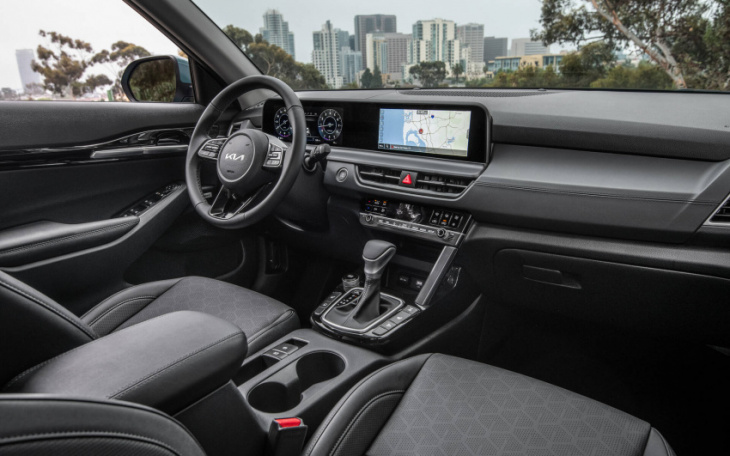 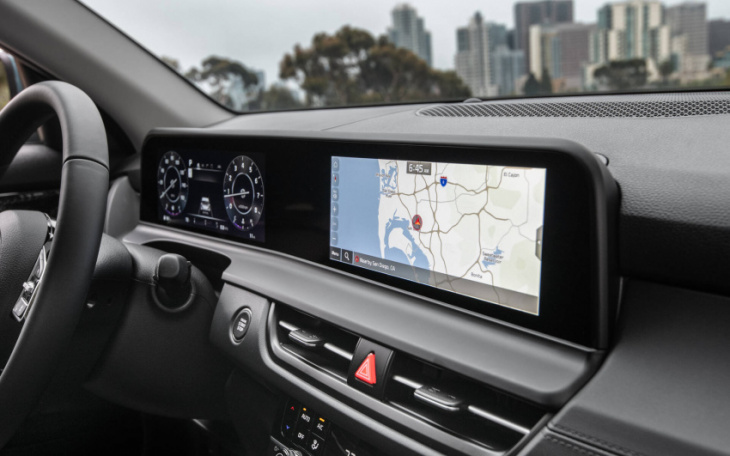 The Kia Seltos is getting a proper mid-cycle update for 2024. Following a first look in South Korea this summer, the company showed the North American-spec model at the Los Angeles Auto Show this week.

The vehicle will hit the market in the first half of 2023, probably around spring. Pricing details will be announced closer to launch, but expect some increases.

While the base 2.0-litre four-cylinder engine is unchanged, the available turbocharged 1.6-litre unit in the 2024 Seltos gets a 20-horsepower bump to 195 horsepower, matching the Hyundai Kona N Line. Peak torque is still 195 lb-ft. 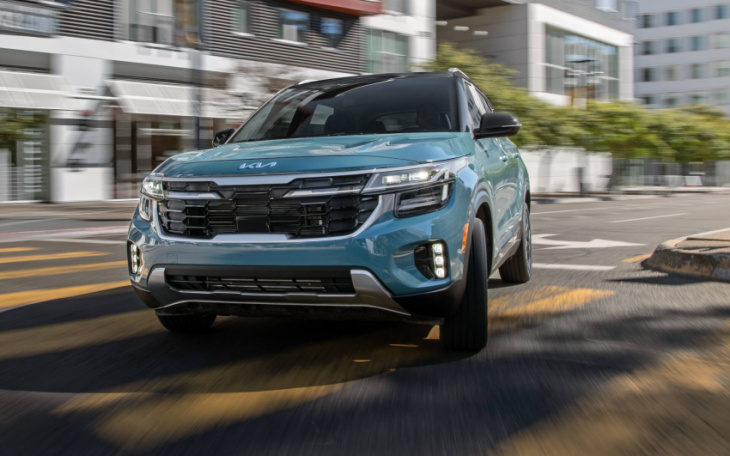 Unlike its Korean cousin, it will replace the seven-speed dual-clutch transmission with a conventional eight-speed automatic, which is a good thing since the former proves kind of slow at times and not a good fit overall.

On the outside, Kia’s small crossover gets a redesigned grille that incorporates an extension of the new LED daytime running lights. The bumpers and wheels are new, as well. In the rear, the redesigned liftgate features a light bar connecting the taillights instead of the current metal trim. All of this is nice, just like the new body colours joining the lineup.

Similar to the larger Sportage, Sorento and Telluride, the 2024 Kia Seltos will offer a new X-Line model. Highlights include distinctive 18-inch wheels, a unique grille treatment, gloss black trim on the doors and bridge-type roof rails in a black finish. It’s supposed to look more adventurous, but there are no performance-enhancing upgrades, here.

Inside, the main change is a revised instrument panel with an available 10.25-inch display. When paired with the equally sized centre touchscreen, it gives the Seltos a state-of-the-art interface similar to that in recent Kia products starting with the EV6. Shortcut buttons and volume/tune knobs have been relocated under the revised HVAC control area.

Finally, it’s worth mentioning that a number of technologies and premium amenities can now be specified with the Seltos, including a power liftgate, ventilated seats, OTA updates for the infotainment system, a digital key and additional USB ports.

When it comes to safety, look for available intelligent cruise control with speed limit assist, plus forward collision-avoidance assist with pedestrian and cyclist detection.