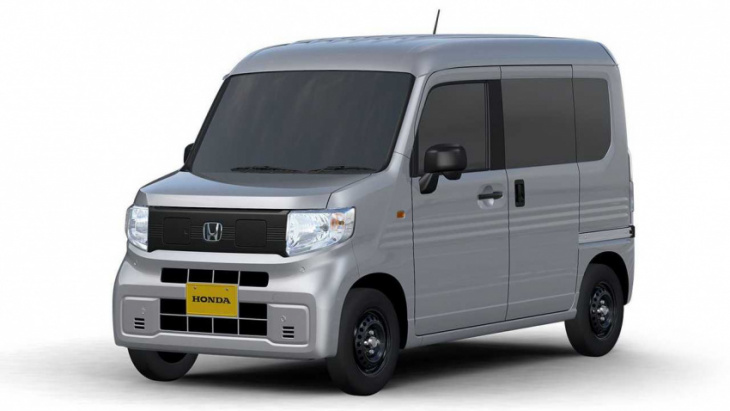 It’s offered with puny naturally aspirated and turbocharged three-cylinder engines with less than 0.7 liters of displacement and up to 64 hp (47 kW) and 104 Nm (77 lb-ft). Manual and CVT gearboxes are available, along with a choice between front- and all-wheel drive. Since its introduction, it has been turned into a cute camper and even a purpose-built hill climb vehicle. From spring 2024, it’ll also gain an electric version. 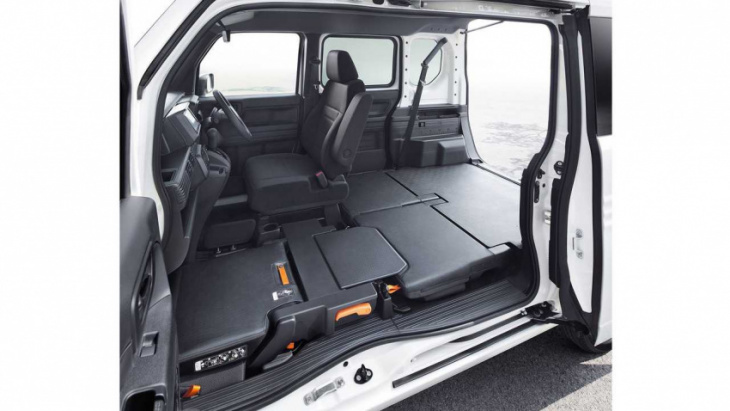 Announced today in Japan, the N-Van EV promises to offer 124 miles (200 kilometers) of range. That might not seem like much, but it’s a decent number considering there’s not a lot of space to install batteries. Honda says the pint-sized electric van is versatile enough for both commercial and personal use. Shown by the Japanese automaker for reference is the inside of the gasoline-fueled model with the front passenger seat folded to maximize cargo space.

The great news about the N-Van EV is the price tag as Honda will charge one million yen or about as much as the cheapest ICE-powered vehicle. At current exchange rates, that works out to approximately $7,300. The recently introduced Nissan Sakura and Mitsubishi eK X electric kei cars are priced from around $14,000 after factoring in EV-related incentives.

Speaking of Mitsu, it sells the Minicab MiEV in the Land of the Rising Sun from 2,431,000 yen ($17,700) with a 16-kWh battery good for 83 miles (133 kilometers) of range in the WLTC cycle. It comes in 2WD flavor with two or four seats. However, the vehicle is aging rapidly since the sixth-generation Minicab was launched all the way back in 1999.