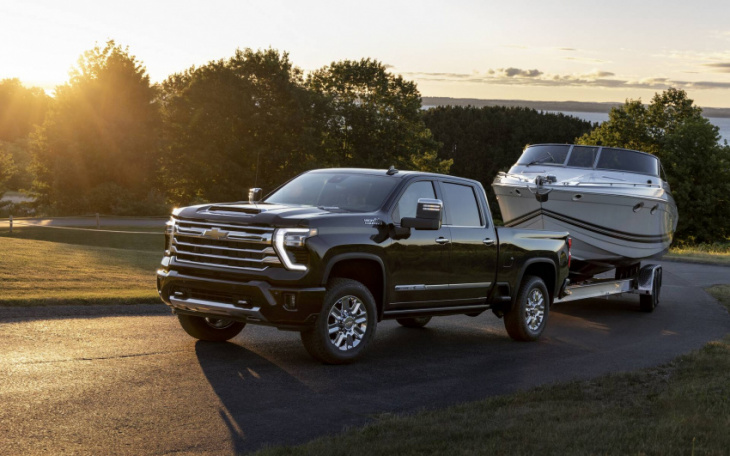 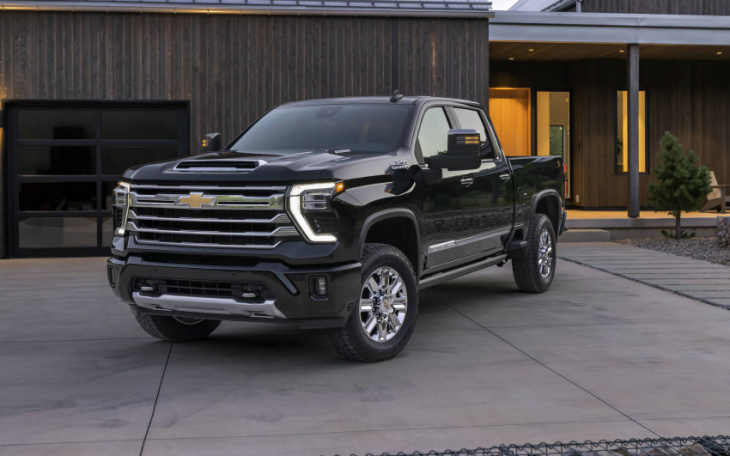 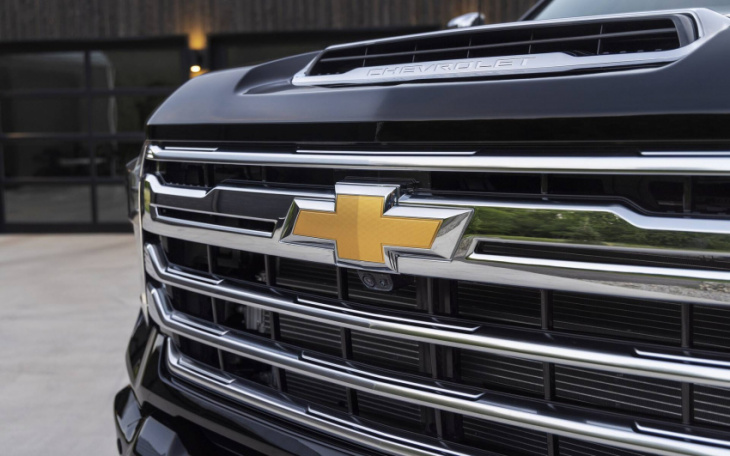 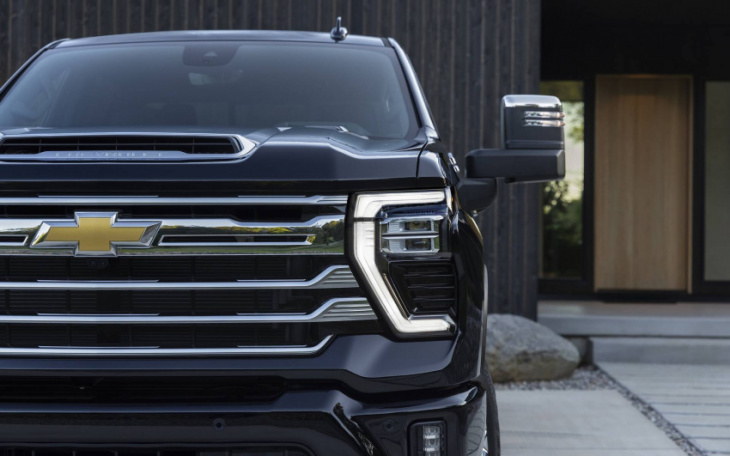 Chevrolet today unveiled the revised and improved 2024 Silverado HD, which will enter production in Oshawa and go on sale sometime in the first half of 2023. Many of the changes that were made to the truck naturally come from the light-duty Silverado 1500.

The company’s goal, according to VP Scott Bell, was to make life easier for drivers needing to tow heavy loads or handle tough duties on a regular basis. That’s why you’ll find a number of convenient new technologies and a stronger diesel engine.

While the 6.6-litre gasoline V8 is unchanged for 2024, the 6.6-litre Duramax turbo-diesel V8 brings more muscle to the table. It now generates 470 horsepower (+25) and 975 pound-feet of torque (+65), with low-end torque production increased by up to 25 percent for improved performance at low speeds or climbing grades, and particularly when trailering. Max towing capacity is rated at 22,500 pounds.

Furthermore, the proven Allison 10-speed automatic transmission is now standard equipment for both the Silverado HD’s powertrains. It optimizes grade braking with the gas engine, with the closer gear ratios enabling greater engine-braking control. The pairing of the 10-speed box and gas engine also increases the Gross Combined Weight Rating from 24,000 pounds to 26,000 pounds. And in the name of safety, Chevy added sensors to warn the driver if the vehicle and trailer weight exceed the GCWR.

Trailering is made even easier with other new tech features for 2024 including Adaptive Cruise Control with Trailer (which accounts for additional drag and increased braking distances when towing a trailer), Enhanced Transparent Trailer view (allowing it to work with fifth-wheel and gooseneck trailers) and Trailer Side Blind Zone Alert (which extends the blind zone area of interest to help enhance situational awareness when trailering). 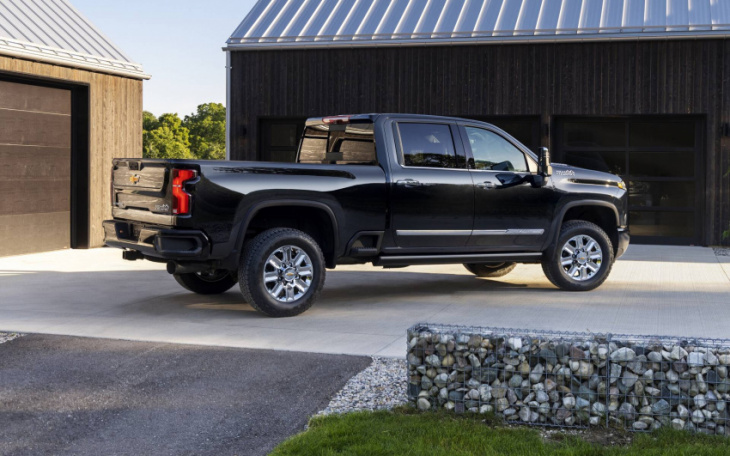 Aesthetically, the 2024 model-year updates to the Silverado HD include a revised front end with a new-look grille and C-shaped headlights that are positioned closer to the corners for a wider overall appearance. Tow hooks come standard and “CHEVROLET” lettering is featured on the hood scoop. Six new exterior colours have been added, as well, not to mention the new wheel and tire options.

Speaking of additions, the lineup boasts a pair of new models—ZR2 and High Country Midnight Edition. The former follows in the footsteps of the Silverado 1500 ZR2, but we’ll have to wait a bit longer to get all the details and pictures. As for the latter, which slots at the top of the range, it stands out with a darkened exterior featuring black chrome accents and other black components. 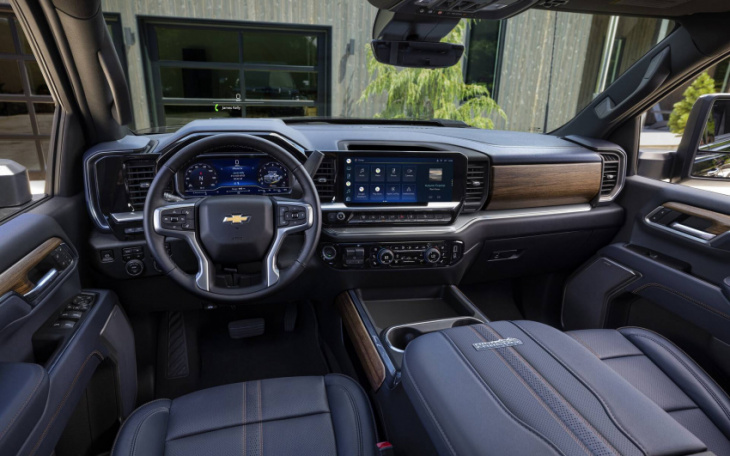 Healthy Dose of Refinement Inside

Finally, there’s plenty going on inside the 2024 Silverado HD, too. LT models and above get a slick new 13.4-inch touchscreen that’s slightly oriented toward the driver in addition to a 12.3-inch digital instrument cluster. Google built-in compatibility adds the convenience of the Google Assistant and Google Maps to the infotainment system.

This smarter command centre also includes a redesigned wireless phone charger area to reduce distractions and a flow-under console. What’s more, designers have revised some of the audio controls and enhanced hidden storage, including in the console, upper and lower gloveboxes and even a sunglasses holder behind the infotainment screen.

Pricing for the 2024 Chevrolet Silverado HD lineup will be announced closer to launch next year. For the record, the 2023 model currently retails from $59,248 including freight and other dealer fees.

The best deals on Chevrolet Spark models we found on AutoTrader