The fifth-generation Audi A4 has been spied testing, wearing its production lighting and less camouflage than ever.

Once again, it has been spied in Avant wagon guise. We’ve yet to see a prototype of a new A4 sedan, and the new generation has been rumoured to go wagon-only, with the next-generation A5 Sportback picking up the slack for buyers who prefer a more three-box shape.

While the sedan could be on the chopping block, hot variants aren’t. Audi is known for its high-performance wagons, and the next-generation A4 is set to spawn hot S4 and RS4 variants as before. 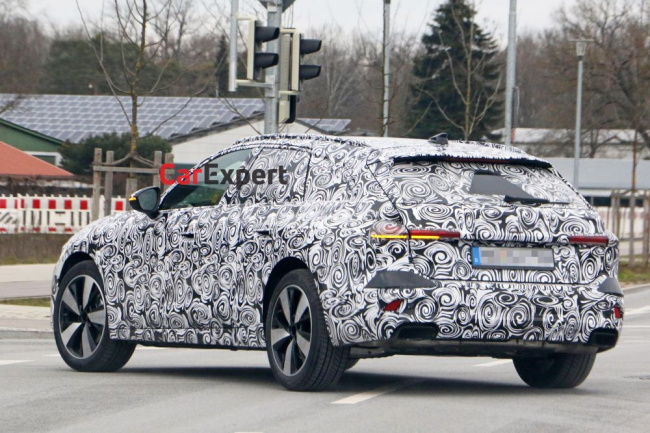 Given the current generation of A4 debuted back in 2015 and was facelifted in 2019, and the fact these prototypes appear far along in development, a reveal of the new generation will likely take place this year.

The next A4 is reportedly set to gain an available plug-in hybrid powertrain, joining the existing line-up of petrol and diesel engines.

A high-performance plug-in hybrid powertrain could make its way into the next RS4, potentially a twin-turbocharged 2.9-litre V6 PHEV unit. 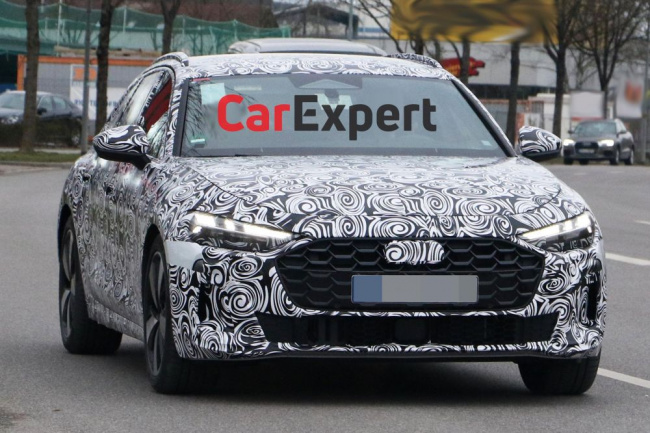 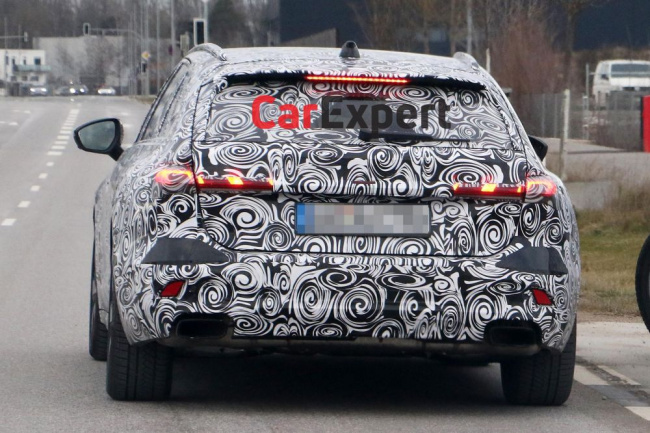 While rival Mercedes-Benz has moved to an entirely four-cylinder powertrain line-up for its rival C-Class line-up and its AMG variants, Audi could continue to offer sixes for its performance models as BMW does.

Styling is evolutionary, in Audi tradition. The shape of the grille and headlights are much the same, though the front bumper has sharp diagonal creases rising to the headlights and more vertically oriented air intakes.

The greenhouse looks quite similar to the current car, as does the steeply raked tailgate. Audi’s designers haven’t rocked the boat. 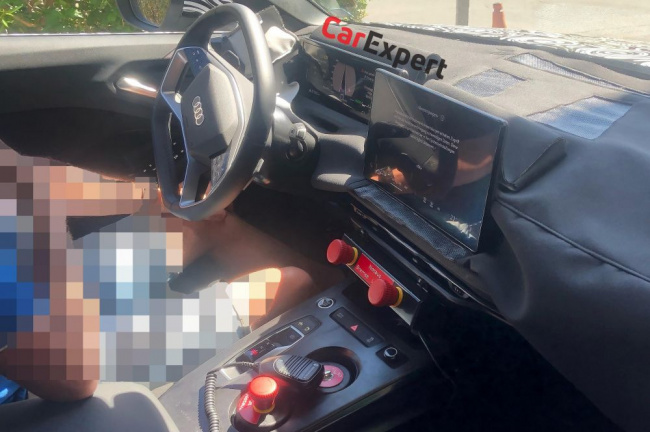 Previous photos have revealed the wider A4 family will continue to use a large, tablet-style, landscape-oriented central touchscreen, which will now subsume the climate controls.

The next A4, S4 and RS4 are expected to use an updated version of the existing MLB Evo platform, and might be the last to feature combustion engines.

Audi is planning to cease the sale of cars with internal combustion engines outside of China by 2033. 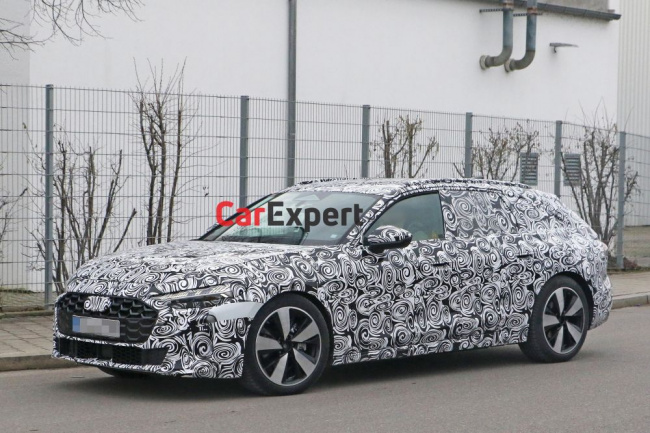 The A4 isn’t the only Volkswagen Group product rumoured to be going wagon-only in its next generation.

The Volkswagen Passat sedan has already been discontinued, and the next-generation mid-sizer reportedly won’t offer a three-box body style.

While that may seem unusual – the only body style seemingly less popular than a sedan in Australia nowadays is a wagon – the wagon accounted for the lion’s share of Passat sales in its home market of Germany.

The lack of a sedan could spell the end of the A4 in the US market, but the brand’s commitment to wagon models here could put it on a more stable footing even as crossovers have become the brand’s biggest sellers by some margin. 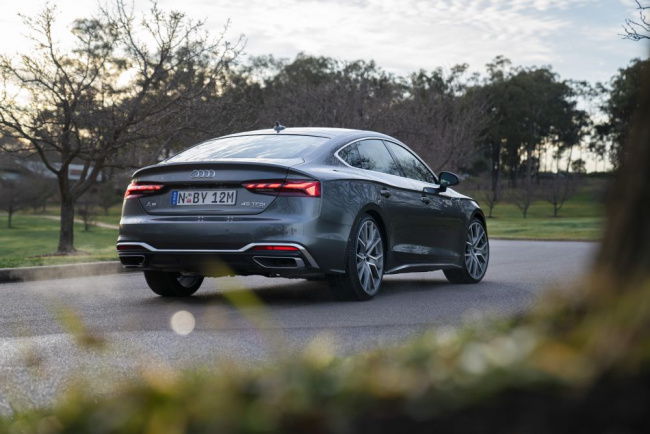 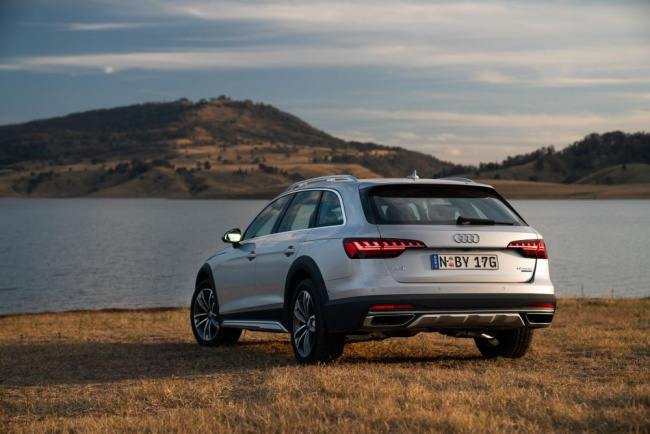 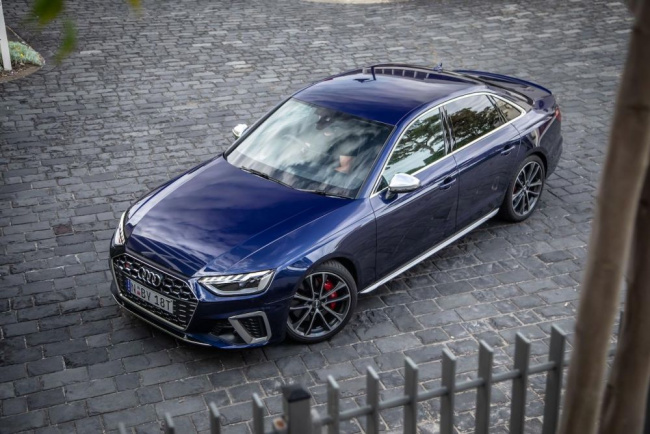 Audi axed the A4 allroad and its larger A6 allroad showroom-mate in the UK last year but committed to continuing to offer these models in Australia, calling them important incremental models.

The company sold just 535 examples of the wider A4 range in Australia in 2022, including the high-riding allroad wagon, which was scarcely more than the 387 examples it sold of the related A5 Sportback.

MORE: Everything Audi A4

Jan 27 (Reuters) – Lucid Group's (LCID.O) shares doubled on Friday on market speculation that Saudi Arabia's Public Investment Fund is working on plans to buy out the rest of the electric vehicle maker. The speculation came as a result of an “uncooked” alert from deals website Betaville. The ...

Our Best Performance Car winner for 2022, the 401-horsepower RS3 has oodles of character.