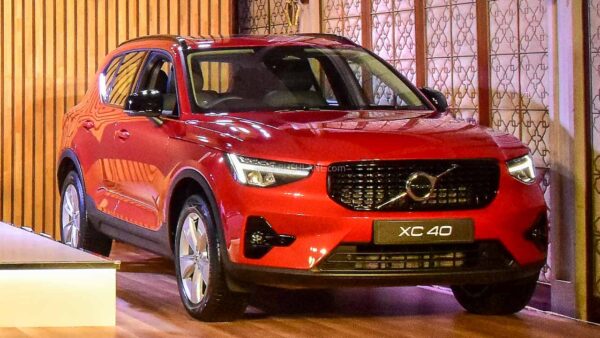 Swedish brand Volvo which is currently under Geely’s ownership is one of the leading luxury car brands in India. It ain’t no Mercedes-Benz in terms of sales. But Volvo has been holding its own. With XC40 as its entry-level offering, Volvo has managed to draw in a lot of footfall to their showrooms.

XC40 also has an all-electric sibling that is reasonably priced and offers spritely performance as well. Volvo aims to go all-electric by the end of this year. But in the meantime, has strived to completely transition to plug-in hybrids and even mild-hybrid powertrains across its range. XC40 only had ICE and EV powertrains.

With this facelift, Volvo XC40 gets an MHEV powertrain. Other products in Volvo’s lineup like S90 sedan, XC60 and XC90 SUVs also get transitioned to MY2023 with slight interior revisions. Let’s take a look.

Keeping to its Swedish minimalist roots, Volvo has mildly redesigned the front fascia of XC40. Headlight housing itself is now slightly sleeker. Since Sweden is a Nordic country, they have named their LED DRLs after Norse God Thor. Usually called Thor’s hammer, they see a slight redesign too. XC40 Facelift gets new colours namely, Fjord Blue and Sage Green. Other things that are changed are the front bumper, which now gets more cuts and creases and fog lamp housings. Grille is identical, though. The sporty R-Design trim is not offered with 2023 Volvo XC40 Facelift. With just one fully-loaded B4 Ultimate trim to choose from, XC40 Facelift now is devoid of stylish 18” alloy wheels and dual-tone finish.

2023 Volvo XC40 Facelift gets 5-spoke alloys in a single-tone finish that might come off as bland to prospective customers. Rest of the design is kept unchanged. On the interior front, we now see a new wooden trim, Google’s Android OS for its vertical touchscreen infotainment and a PM 2.5 filter among others. This new OS brings OTA updates and supports wired Apple CarPlay too.

Coming to its powertrain updates, 2023 Volvo XC40 now gets a 48V integrated starter generator coupled to its 2.0L petrol engine. With new Mild hybrid architecture, this petrol now produces 197 bhp of power and 300 Nm of torque and is coupled with an 8-speed automatic gearbox. Power is now up by 7 bhp when compared to pre-facelift model. 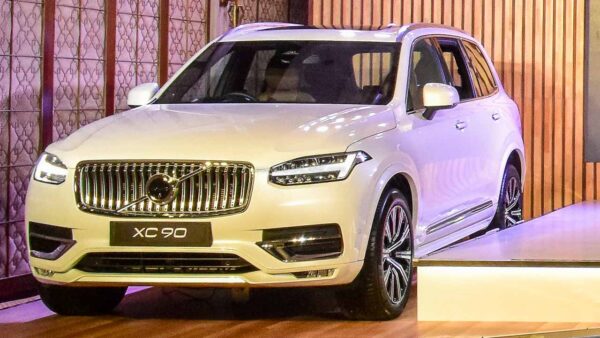 Volvo’s flagship XC90 SUV also gets the same update to its infotainment system. With Google’s new OS, a lot of Google apps are now standard. However, XC90 now gets an MHEV 2.0L powertrain making 300 bhp while it used to get a PHEV powertrain with 407 bhp.