2023 Toyota Sienna vs. 2023 Chrysler Pacifica: What are the differences? 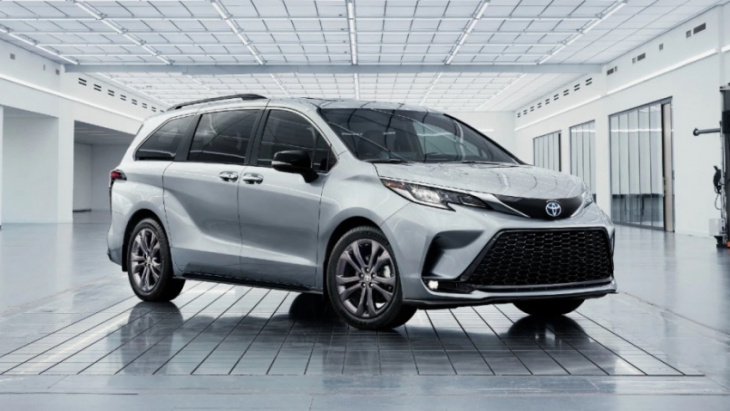 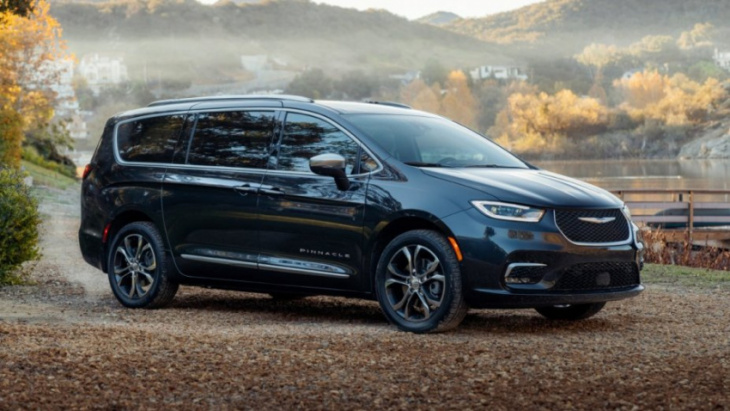 For performance, the 2023 Chrysler Pacifica outmuscles the 2023 Toyota Sienna with its more powerful engine options. It offers two engine choices: a 3.6-liter V-6 engine (287 horsepower) and a plug-in hybrid (260 horsepower). In comparison, all Sienna models have a hybrid engine, which generates 245 horsepower.

For enhanced traction on uneven surfaces and in adverse weather conditions, both the Sienna and the Pacifica offer an all-wheel drive system. They are the only two new minivans that have AWD as an option.

Both the Sienna and Pacifica are safe minivans. For the previous model year, both vehicles earned an IIHS Top Safety Pick+ award, which is the highest possible IIHS rating.

Which minivan is bigger: the 2023 Sienna or the 2023 Pacifica? The Sienna can seat up to eight passengers, compared to seven passengers for the Pacifica. However, the Pacifica provides slightly more passenger space, with a total passenger volume of 165 cu-ft, compared to 162.5 cu-ft for the Sienna.

Also, Pacifica offers more storage space. It has a maximum cargo capacity of 140.5 cu-ft, compared to 101.1 cu-ft for the Sienna.

For warranty coverage, both the Sienna and Pacifica have a 3-year/36,000-mile basic warranty and a 5-year/60,000-mile powertrain warranty. However, unlike the Pacifica, the Sienna has a free maintenance plan, with two years or 25,000 miles of coverage.

Also, the Sienna is more reliable than the Pacifica. It earned a J.D. Power reliability rating of 74/100, compared to 67/100 for the Pacifica.

2023 Toyota Sienna vs. 2023 Chrysler Pacifica: Which minivan is better?

In this 2023 Toyota Sienna vs. 2023 Chrysler Pacifica comparison, each minivan has various advantages. For the 2023 Sienna, advantages include higher fuel economy compared to the gas-powered Pacifica, an eight-passenger seating capacity, a free maintenance plan, reliability, and a lower price. Conversely, advantages for the 2023 Pacifica include performance, an ultra-efficient plug-in hybrid model, towing, and passenger and cargo space.

To say that the Innova is a popular family car is like claiming that Virat Kohli is in good form, or that Elon Musk is an eccentric billionaire. Everyone knows that. However, not everyone is aware that Toyota has been somewhat struggling with the Innova Crysta since they stopped ...

** This article is published on WapCar Community, representing the opinion of users. Click the link below to enter the community for car enthusiasts in Malaysiahttps://forum.wapcar.my/ Basic information of my car: Prius 2012 Reasons why I bought this car After my great experience with Prius C, I think I need ...