If you want to appreciate how far automotive technology has come in the past decade and a half, take a look at the Toyota Sequoia.

Toyota’s full-size SUV was last redesigned for the 2007 model year, and today it feels as ancient as the giant trees it’s named for. The Sequoia predates the proliferation of infotainment and driver-assist tech, and when it was designed, the only way to provide sufficient grunt was to stick a gas-guzzling V8 under the hood. Times have changed, and now, finally, so has the Sequoia.

The redesigned 2023 Toyota Sequoia retains old-school SUV attributes like robust towing capacity and off-road capability, but in a modernized package that meets current tech standards. Plus, it’s a hybrid. 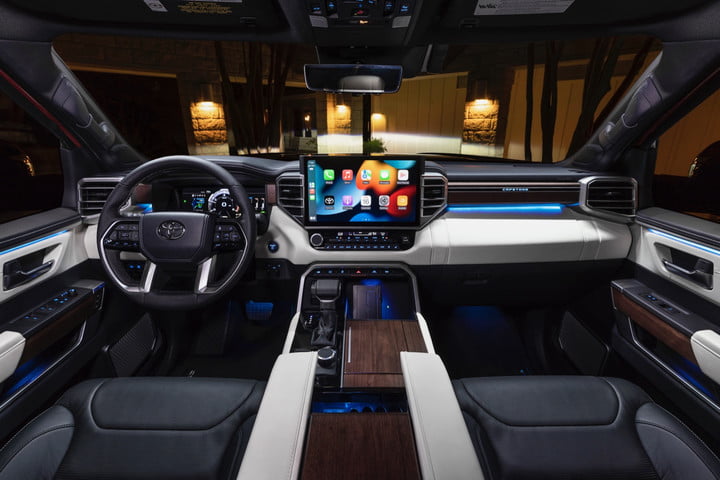 As before, the Sequoia is based on the Toyota Tundra pickup truck, but this time it’s the updated version of the Tundra that debuted for the 2022 model year. So while the Sequoia still has truck-derived body-on-frame construction, it rides on a new frame that’s stiffer than before, helping to improve ride comfort, according to Toyota.

The exterior styling also reflects the Sequoia’s Tundra DNA, which could be a good thing or a bad thing, depending on what you want. If you want an in-your-face SUV that will never be confused with a minivan, this is it. But Toyota’s attempts to make the 2023 Sequoia look as tough as possible didn’t yield a sleek or elegant design.

The Sequoia remains a three-row SUV, but gains a sliding third row that can be moved forward or aft to increase cargo space, or legroom for rear-seat passengers, depending on what you’re carrying. Toyota also included an adjustable shelf for the cargo area. Up front, the design largely echoes the Tundra, with a large central touchscreen sitting atop the dashboard and chunky controls that match the rugged exterior aesthetic. 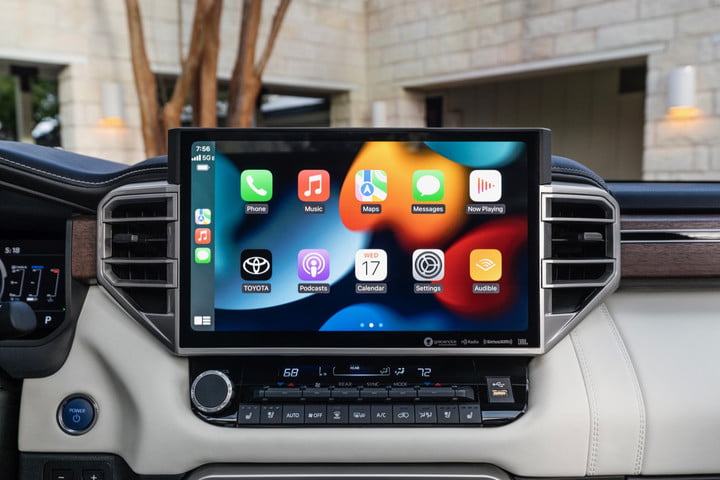 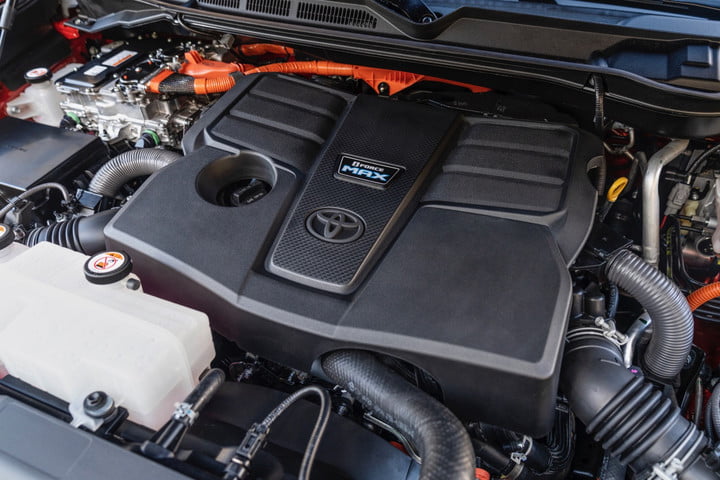 The Sequoia gets the i-Force Max hybrid powertrain from the Tundra has standard equipment. The powertrain consists of a 3.5-liter twin-turbocharged V6 and 10-speed automatic transmission, with an electric motor mounted in the transmission’s bell housing. This allowed Toyota to retain the mechanical four-wheel-drive system with low range, which is better for off-roading. It’s also an extra-cost option; the Sequoia comes standard with rear-wheel drive.

The 2023 Sequoia’s 437 horsepower and 583 pound-feet of torque represent increases of 56 hp and 182 lb-ft over the V8-powered 2022 model. Toyota hasn’t released fuel economy figures for the Sequoia hybrid, but it’s likely to better its predecessor’s dismal 14 mpg combined with four-wheel drive. Toyota did note that the electric motor primarily works at low speeds, with the gasoline engine doing most of the work above 18 mph.

Available adaptive suspension with load-leveling rear air suspension (based on the setup from the Tundra) should make for a smoother ride. The TRD Pro off-road model gets its own suspension setup, plus a locking rear differential and chunkier tires for greater off-road capability.

Toyota says the new Sequoia is capable of towing up to 9,000 pounds (when properly equipped). That’s a nice increase over the old model’s 7,400-pound maximum towing capacity. 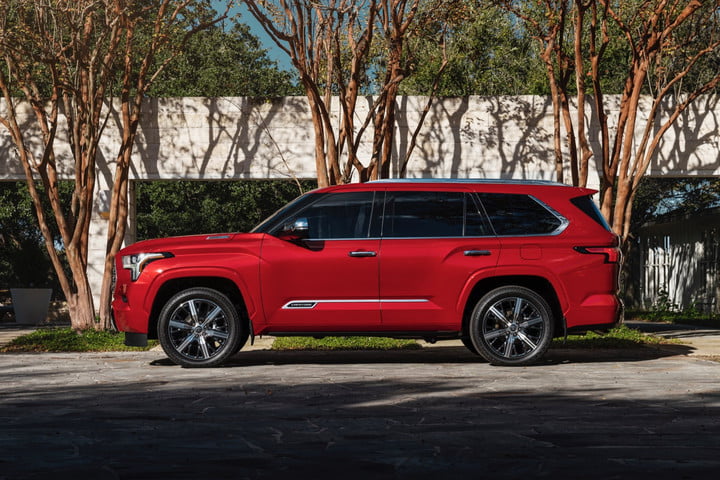 The Sequoia has more power and a higher maximum towing capacity than a Chevrolet Tahoe, but on the tech front, Chevy offers Google Built-In features as part of its infotainment system. The Nissan Armada offers a decent array of tech, but can’t out-tow the Toyota. Both SUVs also rely on V8 engines (Chevy also offers a six-cylinder diesel), and can’t match the Sequoia’s 14.0-inch touchscreen.

The Ford Expedition’s twin-turbo V6 has less power than Toyota’s hybrid system, but Ford still beats Toyota in towing capacity (by 300 pounds). The Expedition also gets its own clever Pro Trailer Backup Assist feature, and Ford plans to add its BlueCruise hands-free driver-assist system as an option later in the calendar year.

Toyota hasn’t released pricing but, for reference, the 2022 Sequoia starts at $50,500 and can scrape $70,000 with options. Those prices are for a vehicle with no development costs to pay off, so expect the 2023 Sequoia to start a bit higher when it hits showrooms this summer.