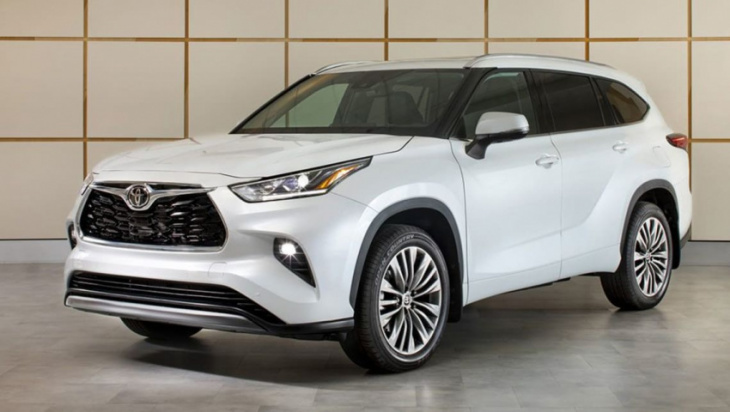 The fourth-gen Kluger has been updated with a new drivetrain, new multimedia, and a higher price.

The Toyota Kluger has been updated for 2023, with the brand following overseas markets in ditching the petrol V6 engine in favour of a turbocharged four-cylinder engine to join the existing hybrid variants.

Pricing for the Toyota Kluger has also been given a bump, with the entry-level Kluger GX 2WD now costing $49,720 before on-road costs, or $2070 more than it did previously.

The GX 2WD is powered by the new 2.4-litre turbocharged inline four-cylinder engine, driving the front wheels with its 198kW and 420Nm outputs – down on power by 20kW but up by a hefty 70Nm compared with the outgoing 3.5-litre V6.

The entry GX, as well as the mid-tier GXL and top-spec Grande, is also available with all-wheel drive which costs $53,720.

The hybrid powertrain remains the same, featuring a hybrid-assisted 2.5-litre turbo engine with all-wheel drive for a total of 184kW, and is priced at $56,220. 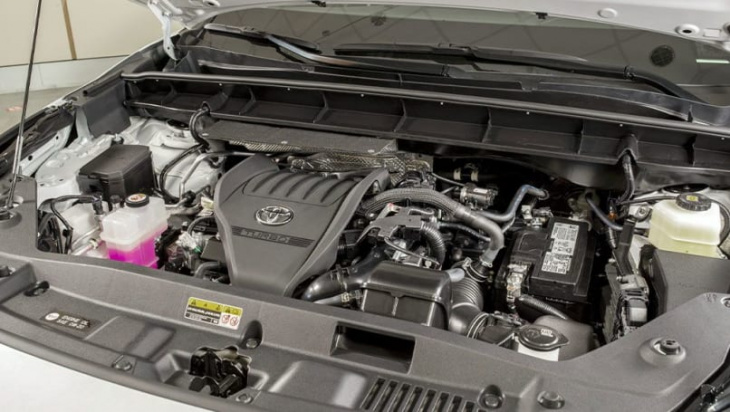 All three drivetrain options for GX are up by $2070 on their previous prices, meaning the drivetrain changes aren’t the only factor in cost increases.

The whole range benefits from an updated multimedia system, with Toyota’s new tech and a larger screen replacing the old versions. For GX, the instrument cluster screen becomes a 7.0-inch unit instead of the old 4.2-inch version, and its multimedia system gains wireless Apple Carplay, though Android Auto is still wired-only. 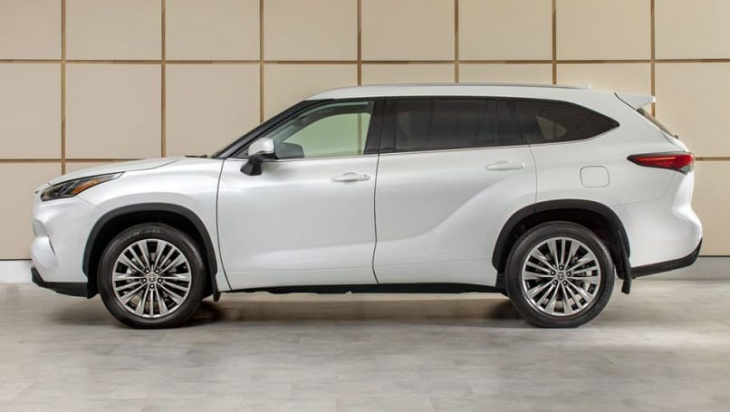 For the higher price, the GXL does gain some extra kit over the GX, including a larger 12.3-inch touchscreen for multimedia (also found in the Grande) and carryover equipment like a powered tailgate, satellite navigation, heated front seats, and artificial leather upholstery.

The Grande does however gain a new digital 12.3-inch instrument cluster display, the same size as its multimedia screen, as well as a wireless smartphone charger. It also gets the same extra equipment as before such as a set of 20-inch wheels, an upgraded JBL sound system with 11 speakers, a panoramic sunroof, real leather upholstery with cooled front seats, and surround-view cameras.

Which popular cars are now being denied insurance policies? Can owners secure a car insurance policy for these vehicles? Why are these Hyundai and Kia vehicles easy to steal? How does social media play into the increase in stolen vehicles? Why won’t State Farm and Progressive offer you a ...


View more: Why Are You Being Denied a Car Insurance Policy for Your Vehicle?


View more: 2 Big Advantages the Honda Civic Has Over the Toyota Corolla

The Mazda6 is rated as one of the most reliable cars Why you can’t buy a new Mazda6 The most reliable Mazda can be a used car bargain with lots of standard features Best years of the Mazda6 No matter what they’re shopping for, everyone wants a car that ...


View more: The Most Reliable Mazda is the Only One Good for Over 200,000 Miles

Does the Mazda MX-30 have enough range for the average driver? The Mazda MX-30’s range is suitable for this type of driver Should you get a 2023 Mazda MX-30 EV? Mazda produces an electric SUV, but auto enthusiasts and critics have been less than enthusiastic about its capabilities. The ...