The 2023 Innova has been unveiled and although it might not look revolutionary, it's pretty much different from what we are used to seeing.

The new-age Toyota Innova has just been unveiled, and the main takeaway from its debut is that it no longer rides on a ladder frame chassis, which is also used on the Hilux and Fortuner. 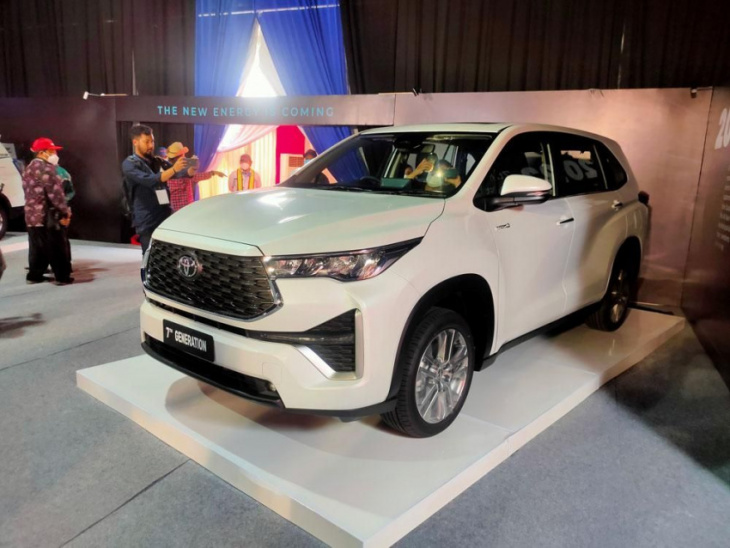 The new Innova, which is placed under the Zenix moniker in Indonesia, has shed its ladder-frame underpinnings, where instead, it is now built through Toyota's New Global Architecture (TNGA) platform, which is a monocoque type construction.

The look of the Innova has also changed, morphing into more of an SUV/MPV type vehicle, but there are still three rows of seats. The other changes on top of the new construction and looks is the availability of a hybrid powertrain, which now gives buyers the option of buying the most efficient Innova ever. 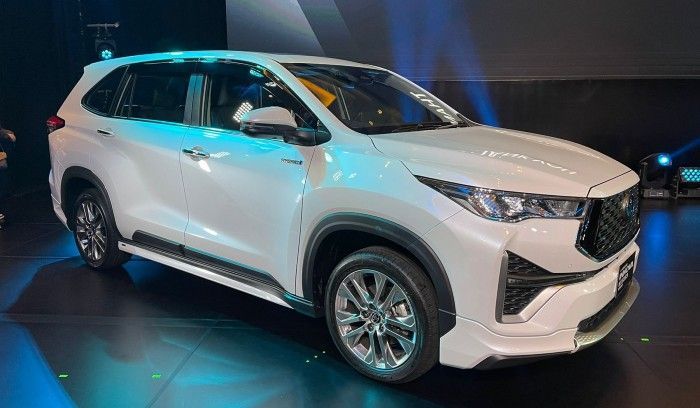 While looks are subjective, we feel like Toyota has done a good job of giving the MPV more of a rugged SUV look. The front end sports a larger grille, rugged-looking intakes which house a couple of DRLs and slimmer headlights.

The change in its looks is perhaps better noticed when you look at the car from the side, as the pronounced fenders, creases at the doors and plastic cladding around the wheel arches really give the Innova this beefier SUV look. 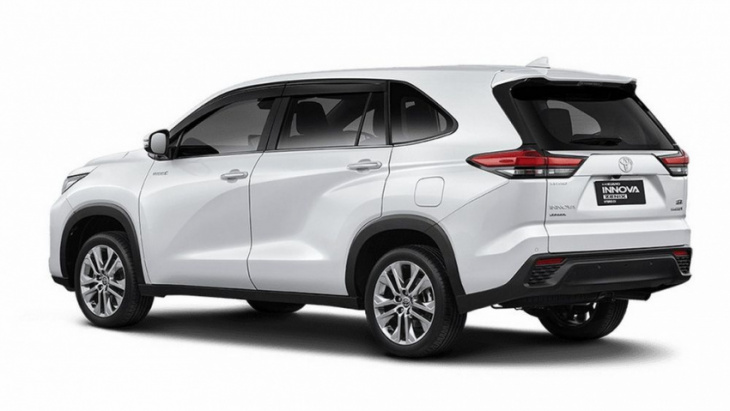 At the rear, the Innova is now more SUV than ever, where it reminds us of Toyota SUVs like the RAV4 and Corolla Cross. The taillights, which are now more sculpted, look like it was picked directly off the RAV4's, which is brilliant as it is always a pleasant thing to look at. Wheel options range from 16-inches up to 18-inches, depending on trim.

The new Innova is only 20mm wider and longer than the outgoing model, so it'll probably look the same size, especially when the height is unchanged.

Just as expected the three-row layout remains unchanged, and the Innova can still be had with either a seven or eight-seater option, with the seven-seater featuring captain-type seats in the middle row.

The biggest upgrade when it comes to the interior is to do with what technology is available, as the Innova can be had with these new bits of kit:

As usual, higher trims get leather upholstery for the seats, faux wood or aluminum accents, a large sunroof and ambient lighting.

Unfortunately, only the top two high-spec Innovas get ADAS features, but we're not sure if that'll remain when it comes to Malaysia. 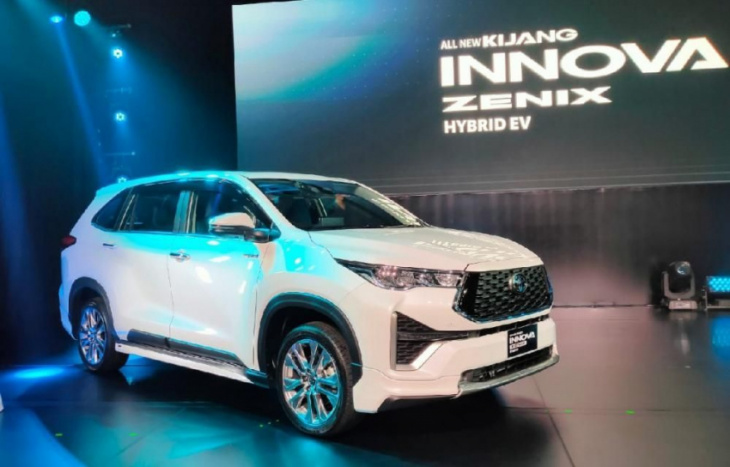 As we mentioned before, the Innova can now be had with a hybrid powertrain. It will also no longer be an RWD car as the new platform has changed the Innova into a FWD vehicle.

The M20A-FKS 2.0 litre engine produces 172hp and 205Nm torque. Both setups however, will send power to a CVT transmission which will then drive the wheels.

Pricing of the Toyota Innova in Indonesia starts from RM122k for entry-level trim and climbs up to RM175k for the range-topper.