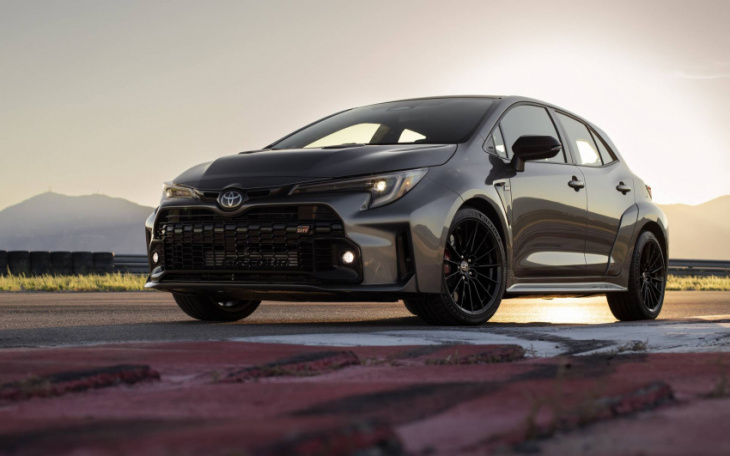 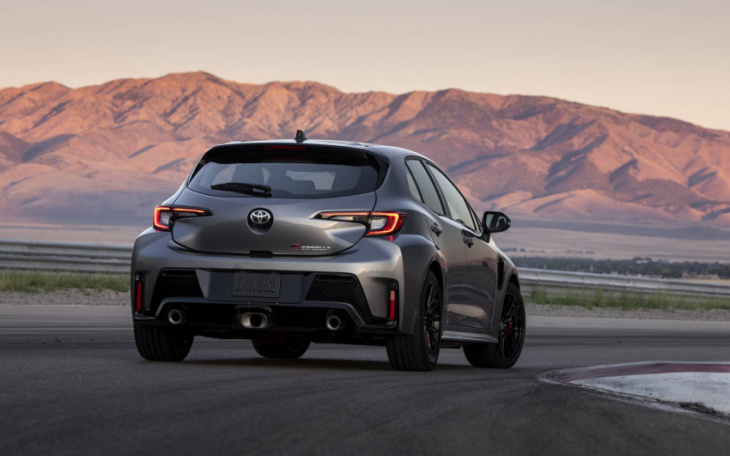 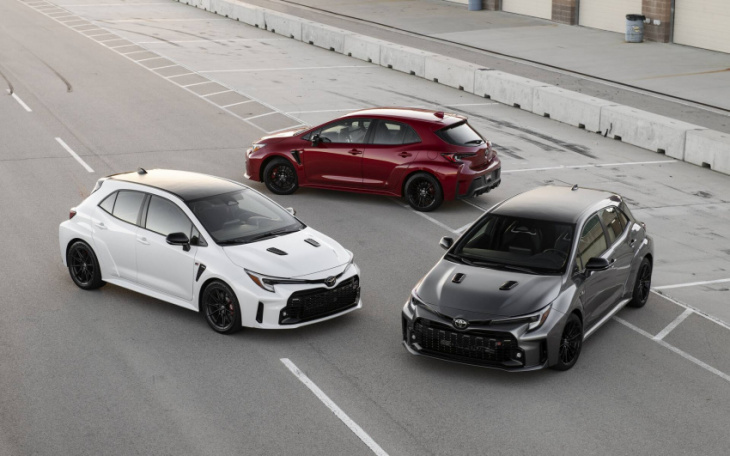 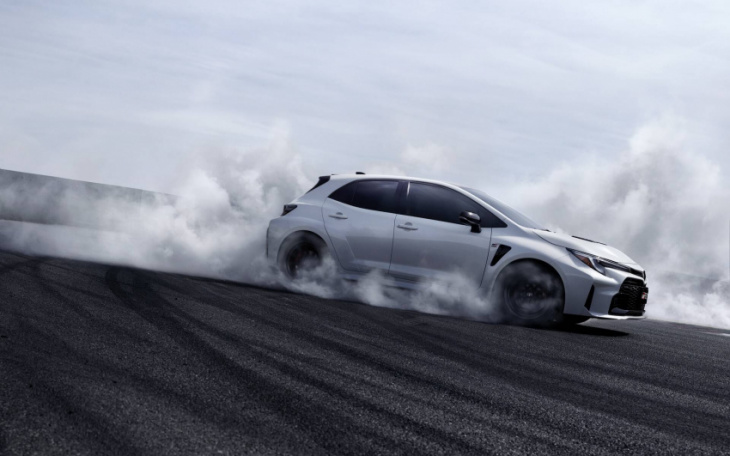 The Toyota Corolla is historically known as an affordable yet uninspiring little car, but the 2023 model year changes all that with the addition of the brand new GR Corolla, a high-performance hatchback developed with the help of the Japanese automaker’s GAZOO Racing team.

When it goes on sale in Canada this fall, the model will carry a base MSRP of $45,490, barely undercutting the Volkswagen Golf R ($45,995) and the next-gen 2023 Honda Civic Type R (the old one retailed from $46,200), two hot hatches with slightly more power and better performance credentials.

Remember, the GR Corolla features a turbocharged 1.6-litre three-cylinder engine that delivers 300 peak horsepower and 273 pound-feet of torque. The only transmission available is a six-speed manual, paired with a GR-FOUR all-wheel-drive system that’s been honed in WRC races. The latter uses Torsen limited-slip differentials and can apply 60-40, 50-50 or 30-70 torque distribution to the front and rear wheels. Acceleration from 0-100 km/h is achieved in under five seconds.

Key chassis reinforcements, a slightly lower centre of gravity, functional intakes and several aerodynamic add-ons are part of the package, as well. The hood and front doors are made of aluminum to save weight, while significantly flared fenders and redesigned bumpers add muscle to the car. Oh, and the latest suite of advanced safety and driver assistance systems (Toyota Safety Sense 3.0) is included.

The GR Corolla comes standard with Michelin Pilot Sport 4 (235/40R18) tires on a set of 18-inch alloy wheels in a gloss black finish, not to mention heated GR sports seats, an eight-inch multimedia display with wireless Apple CarPlay and Android Auto compatibility, plus many connected services with trial periods of three-to-five years. Drive Connect is enabled but requires a paid subscription. Wait, there’s more. Next spring, Toyota will expand the GR Corolla lineup with a Circuit Edition and MORIZO Edition, each one to have a limited production run. The former starts at $53,990 and is a launch-year exclusive model.

As for the MORIZO Edition, named after Toyota boss Akio Toyoda’s racing moniker, it is priced at a staggering $59,990 and focused on track performance above all else.

Here, torque is increased to 295 pound-feet, the GR sports seats up front are wrapped in Brin-Naub and synthetic leather with red stitching and red mesh inserts, and the rear seats are removed in order to save weight. There’s an Ultrasuede-clad MORIZO signed shift knob, too.

We rode shotgun for one hot lap in the 2023 Toyota GR Corolla back in the spring, but we’ll soon get the opportunity to sit behind the wheel and put the car through its paces ourselves. Don’t miss our review!