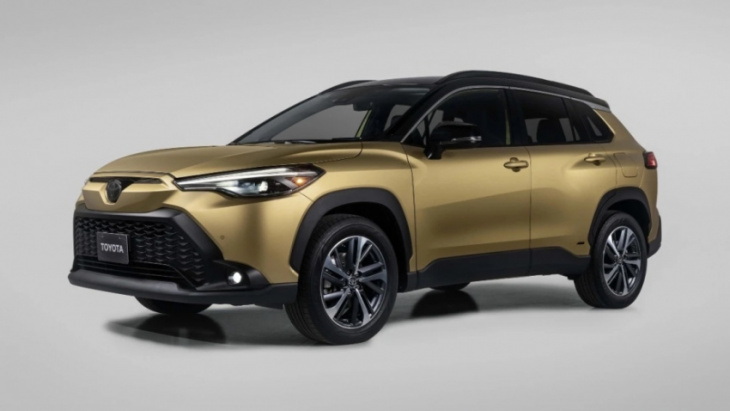 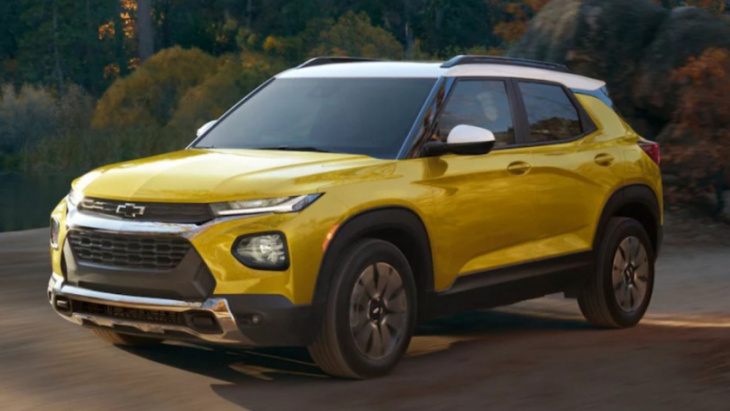 The 2023 Corolla Cross can also tow more than the 2023 Trailblazer. It has a maximum towing capacity of 1,500 pounds, compared to 1,000 pounds for the Trailblazer.

Both crossover SUVs offer an all-wheel drive system for extra traction, but the Corolla Cross has the advantage for off-road use. This is because it has higher ground clearance (up to 8.1 vs. 7.5 inches) for driving over rugged terrain.

The Corolla Cross and Trailblazer are safe vehicles. For the previous model year, both crossover SUVs earned an IIHS Top Safety Pick+ award, which is the highest possible IIHS rating.

While the official price information is not yet available for the 2023 Corolla Cross, it will likely cost slightly more than the 2022 version. The starting price of the 2022 Corolla Cross ranges from $22,445 MSRP for the L trim up to $26,575 MSRP for the XLE trim.

In this 2023 Toyota Corolla Cross vs. 2023 Chevy Trailblazer comparison, the Corolla Cross has advantages in seven key areas. This includes advantages for performance, gas mileage, towing, off-road capabilities, cargo space, a complimentary maintenance plan, and reliability. Conversely, the 2023 Trailblazer has the advantage for passenger space.

Leasing vs Buying a Toyota Corolla Cross – What it costs

In some markets, Toyota Corolla Cross will soon be a hybrid-only model, Japan to drop 1.8L petrol

Is the 2023 Toyota Corolla Cross Really a Game Changer?

2023 Toyota Corolla Cross offered with a hybrid for now, but EV version could come later

Toyota Corolla Cross SUV could arrive in the UK in 2023