The 2023 Subaru Forester has been tweaked by Subaru Tecnica International in Japan, revealing the STI Sport edition.

Based on Subaru’s popular crossover, the Forester STI Sport gains a number of tweaks above its lesser variants, the biggest of which is the addition of STI-tuned dampers for better road-holding along with 18-inch alloys shod in 225/55 rubber.

Numerous styling tweaks have also been made to its exterior, from the gloss black front skid plate, fog light surrounds, side sill cladding, mirrors, rear diffuser and rear spoiler to the iconic cherry red STI badges on the grille. 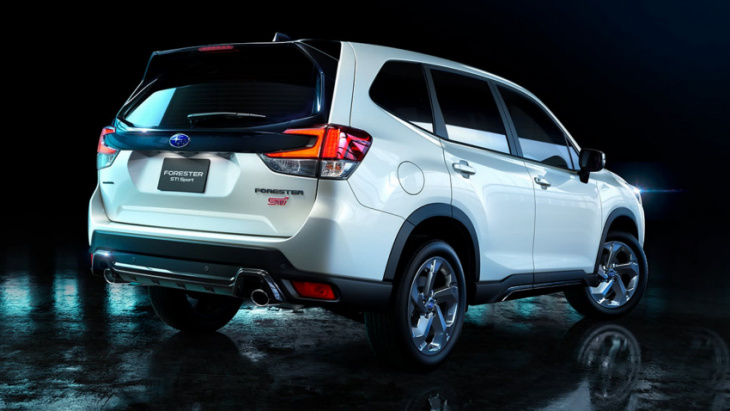 The cabin scores a mix of Bordeaux leather and Nappa leather upholstery on its seats, doors and dashboard, highlighted by red contrast stitching, while the seats also feature STI emblems on the headrests. 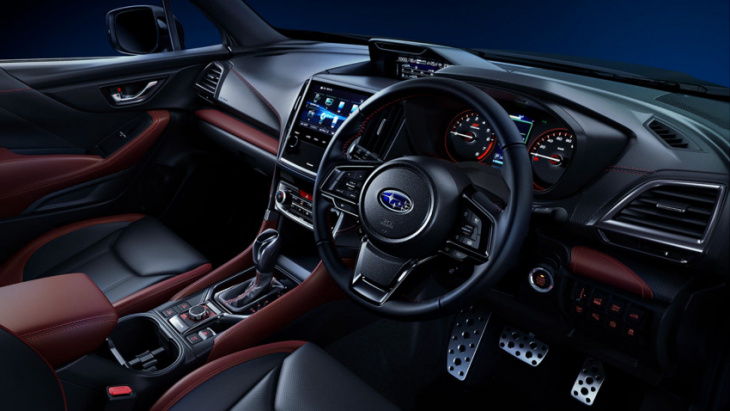 The 1.8-litre turbocharged four-cylinder boxer engine is unchanged from other Japanese Forester variants, continuing to develop 130kW and 300Nm which is sent to all four wheels through a CVT automatic.

Unfortunately for Australian buyers, the STI Sport likely won’t be coming to the local market, as Subaru’s powertrain offerings are limited to the 2.5-litre, naturally-aspirated four-cylinder and a 2.0-litre four-cylinder hybrid.

While Subaru Australia hasn’t totally ruled out the STI Sport, other unique grades could be added to the line-up.

“We are working closely with the factory on upcoming Special Edition options for the Australian market,” a Subaru spokesperson told Wheels. “We look forward to sharing further details closer to launch.”

Subaru has what it takes to produce a great off-road pickup truck Does Subaru make a truck? What do we want from a Subaru truck? Several of the industry’s largest automakers are working on small pickup truck models to compete with the innovative Ford Maverick. The Maverick has opened ...


View more: Does the World Really Need a Subaru Truck?


View more: Everything you need to know about the Subaru Outback

In North America, Subaru is getting ready to launch the 2023 Solterra, with Canadian prices announced as well as a charging deal with EVgo in the USA. Subaru Canada has announced pricing for the 2023 Solterra, the brand’s first globally-available battery-electric car. The Subaru Solterra starts at $54,295 in ...