The 1,914-horsepower Nevera hypercar will redefine your definition of quick. 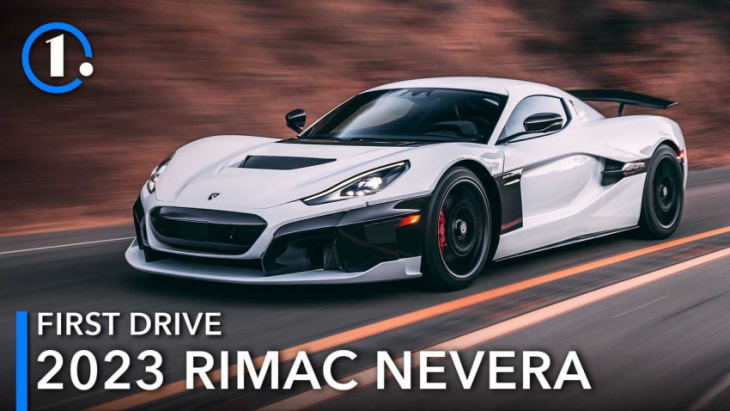 The 2023 Rimac Nevera isn’t just fast, it’s a different genre of speed entirely. During Monterey Car Week, the automaker graciously tossed me the keys to its $2.4-million electric hypercar for a quick 30-minute jaunt up and over the hill toward Laguna Seca.

I was equal parts stoked and intimidated. You watch videos of this car launching and drifting, and you hear certain… stories about early prototypes that make you wonder, “Will this car launch me over a cliff?” It didn’t, thankfully. 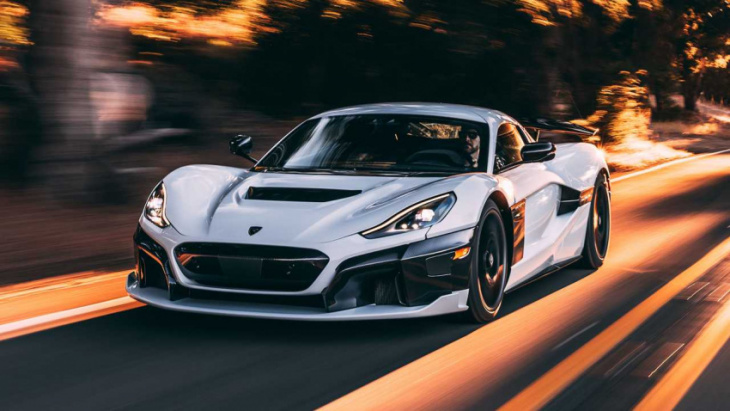 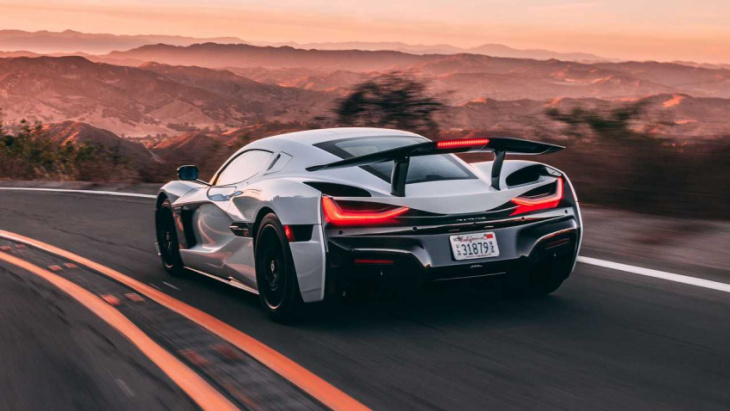 Part of the charm of the Rimac Nevera, fast as it may be, is that you can theoretically drive this car every day. This isn’t some fire-breathing beast built for the track (in fact, there’s no fire involved at all). Sure, its 120.0-kilowatt-hour battery pack and four electric motors give it the most power of any production car on the road today: 1,914 horsepower and 1,741 pound-feet of torque. But other than the specs, everything about this car is pretty unassuming.

There’s nothing shouty about the design beyond the swathes of carbon fiber and the doors that fly skyward when you open them. The Nevera’s front end is sleek and unpretentious, while the back end is sharp, but really, it doesn’t have many interesting angles.

Plopping into the driver’s seat is the same story. There’s a biggish touchscreen in the center console like in most modern cars, lots of leather, and the steering wheel is littered with audio and infotainment controls. Even the seats don’t feel otherworldly; two well-bolstered Alcantara buckets with ample cushioning and solid back support.

Sitting to my right is Rimac’s Chief Development Driver Miro Zrncevic, who’s been working on the Nevera since day one and knows exactly what this car is capable of. And before I even pull out of the driveway, he tells me to gun it.

“Put your foot all the way flat,” says Zrncevic. 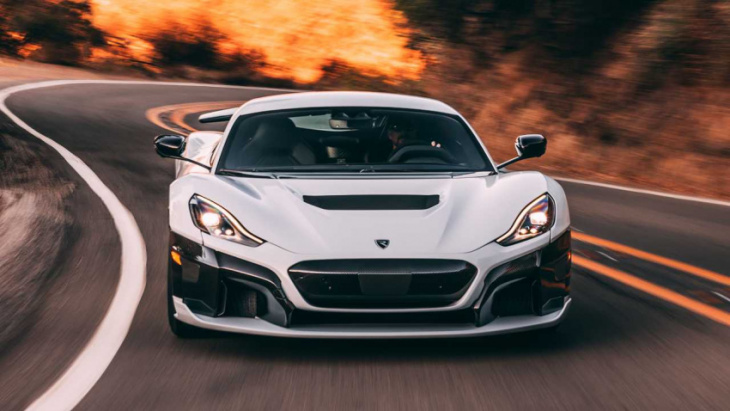 I didn’t want to look like a wuss, so I mashed the throttle about three-quarters of the way to the floorboard before my brain told me to brake. It wasn’t even at full power yet, and still, no other vehicle I’ve ever tested rocketed off the line quite like this. Butterflies fluttered around in my stomach and I needed to unclench my jaw as I pressed hard onto the 15.4-inch carbon-ceramic Brembo brakes to slow the Nevera.

The Rimac Nevera launches to 60 miles per hour in a ridiculous 1.85 seconds. And even then, Rimac says there is room to improve. The G-forces pressing down on my lanky frame suggested that the 60 time was very accurate, and unlike its cousin the Bugatti Chiron, which takes a half-second to spool up its four turbos, there Nevera has no buildup; the Rimac delivered every ounce of its available power the second I needed it, any time I needed it.

All four wheels manage torque most of the time, except in Drift mode, where the front motors shut down and the driver can put nearly 1,000 hp to the back wheels for tire-destroying fun. I dared not even attempt it.

A pair of CNC-milled knobs on the center console control the output depending on the drive mode, varying from Cruise and Range in the tamest settings to Sport, Track, and Drift modes for performance nuts. I spent most of my drive in Cruise, which only uncorked about three-quarters of the Nevera’s available power. But a quick sprint in Track mode showed that there was still plenty of grunt to give.

All four wheels manage torque most of the time, except in Drift mode, where the front motors shut down and the driver can put nearly 1,000 hp to the back wheels for tire-destroying fun. I dared not even attempt it; all-wheel drive and the advanced torque vectoring system stayed on.

But that torque vectoring system was one of the most impressive pieces of technological kit I’ve ever encountered. After gaining some confidence, Zrncevic encouraged me to put my foot flat to the floor in the corners, something I would never attempt in any other hypercar on sale today. With some blind confidence, I did – and somehow this 1,914-hp hypercar didn’t end up careening off the road. Much success. 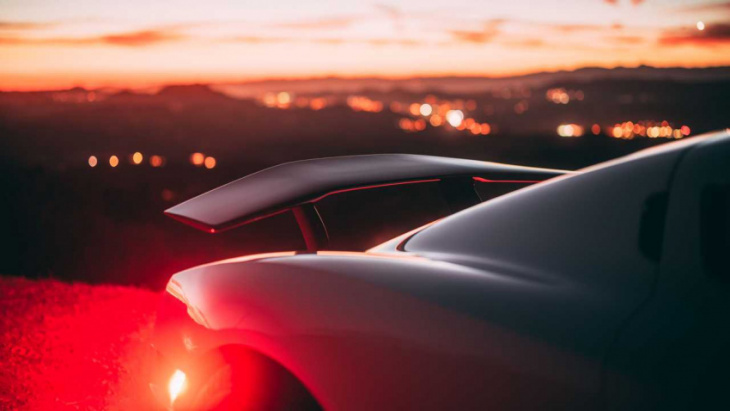 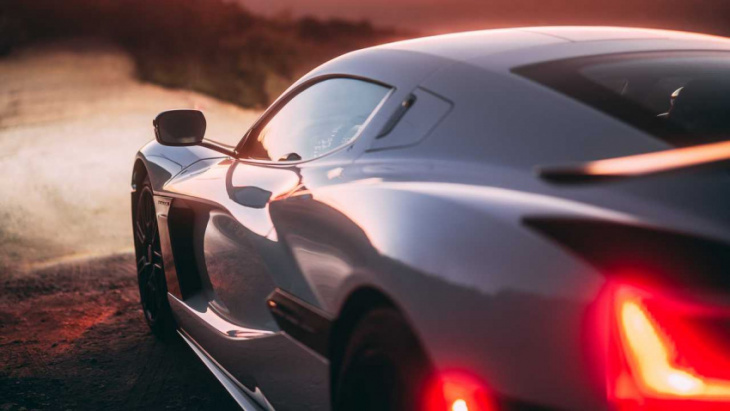 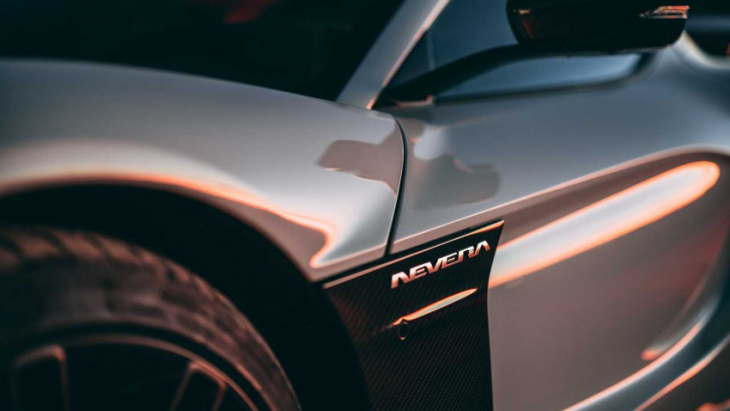 The torque vectoring system basically does everything in its power to keep you from binning it. It adjusts the amount of twist at each wheel up to 100 times per second, so even at full tilt, the Nevera knows exactly how much power to produce based on the available grip.

And even for a hefty 4,740-pound vehicle, the Nevera moves with exceptional grace. Body control is fluid, cornering is dead flat, and the grip is unbelievable – even with over-the-counter Michelin Pilot Sport 4S tires equipped. The steering maybe wasn’t as talkative as I’d like, but it was still plenty quick and loaded up nicely as the turning angles got tighter. Still, this car never felt unmanageable in the corners. Again, Rimac wanted to make sure its owners wouldn’t be scared to drive this car every day, so the bevy of cutting-edge suspension tech helps keep you comfortable and in control. 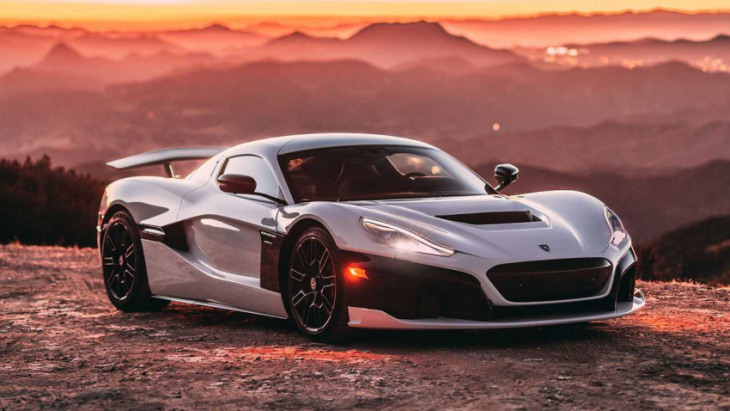 The Nevera is the type of car that will turn a non-EV believer into a full-on battery enthusiast. Nothing I’ve driven, at least not yet, comes close to what the Rimac can do in a straight line. The 10 years’ worth of production to get to this point was well worth it, I’d say.

The price, of course, matches the performance. The Nevera costs about $2.5 million in the US, and according to Rimac, all 150 units are already sold out for this year. But don’t worry, more Neveras are coming next year, and with the new Bugatti-Rimac partnership working in full force, one can only imagine what the next decade brings for this company – almost certainly more extremely fast vehicles, if nothing else.