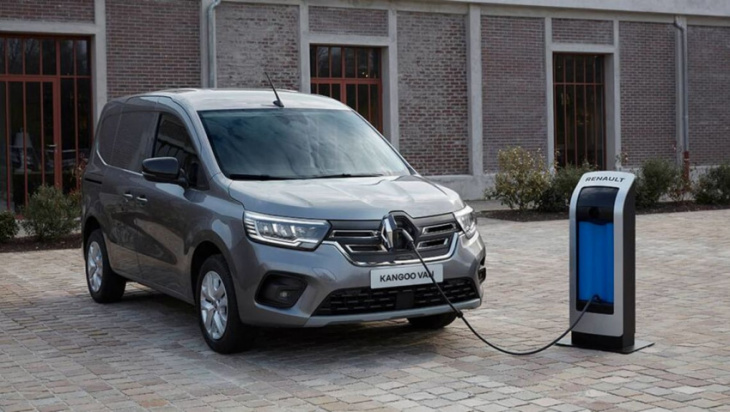 Now in its third generation, the Renault Kangoo launches next April in Australia with electric as well as petrol power.

Renault is ready to hit the small van market hard in Australia early next year with what is expected to be this country’s least expensive electric vehicle (EV) van, for the time being at least.

However, it will probably cost substantially more than the $50,390 (before on-road costs) asked of its predecessor when it surfaces in about April.

Whichever way Renault positions it, the electric Kangoo will blaze yet another trail against its internal combustion engine-only rivals like the Volkswagen Caddy and Peugeot Partner, thanks to a choice of two body styles.

Both the L1 Compact and L2 Maxi Pro will offer a 1500kg maximum braked towing capacity, or 750kg for a trailer without brakes, as well as ground clearance of 162mm.

Under the Kangoo E-Tech’s bonnet is a 90kW/245Nm electric motor, driving the front wheels via a single-speed reduction gear transmission. This is paired to a 45kWh water-cooled lithium-ion battery with a WLTP range of up to 300km, three modes of single-pedal regenerative-braking capability to help maximise range and a heat pump/air-con system to also boost efficiency. 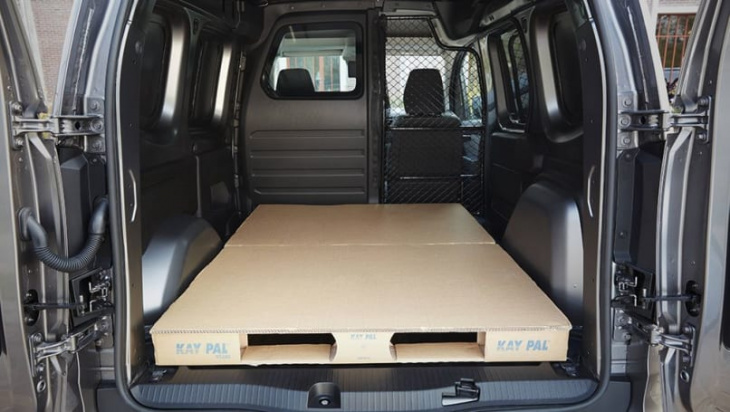 Speaking of which, the Kangoo will also be offered with a 1.3-litre four-cylinder turbo-petrol engine that’s familiar in a host of other Renaults, Nissans and even lower-priced Mercedes-Benz models. Like the E-Tech versions, the front wheels are driven, though this time by either a six-speed manual or seven-speed dual-clutch transmission.

Australian-bound Kangoos will include autonomous emergency braking (AEB) as standard equipment, while driver-assist tech like adaptive cruise control is likely to be made an option. Whether we see the standard 11kW AC charger or 22kW option with an 80kW DC fast charger upgrade remains to be seen.

Built on the Renault-Nissan-Mitsubishi Alliance CFM-CD architecture that underpins a bewildering number of disparate models including Renault’s current Megane and Koleos, Nissan’s latest Juke, Qashqai and X-Trail and the newest Mitsubishi Outlander, this Kangoo will also be sold under the Nissan Townstar and Mercedes-Benz Citan/T-Class badges ­– including the electric variants.

The Townstar may even make it to Australia as well, though Nissan has yet to confirm this. 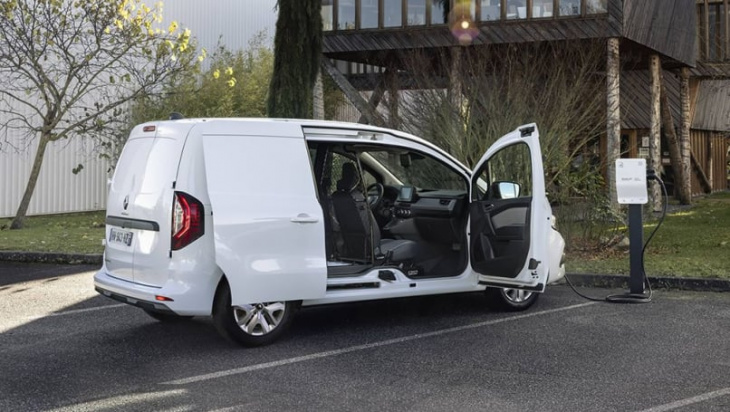 Local pricing for the Kangoo E-Tech is yet to be revealed.

With over 70,000 units sold globally to date, Renault has been offering a Kangoo EV for 10 years in Europe, with Australian sales of the previous (second-gen) model commencing in late 2017 to businesses and governments, before extending availability to private buyers as well several months later.

Celebrating its 25th birthday this year and with 4.4 million examples on the road in over 50 countries, the Kangoo is now in its third iteration since late 2020, but the E-Tech was only launched in its French home market in late May this year.

Renault hopes the EV version will give it enough of a point of difference in the small-van class to make it a bestseller.

Still want that Caddy or Partner?