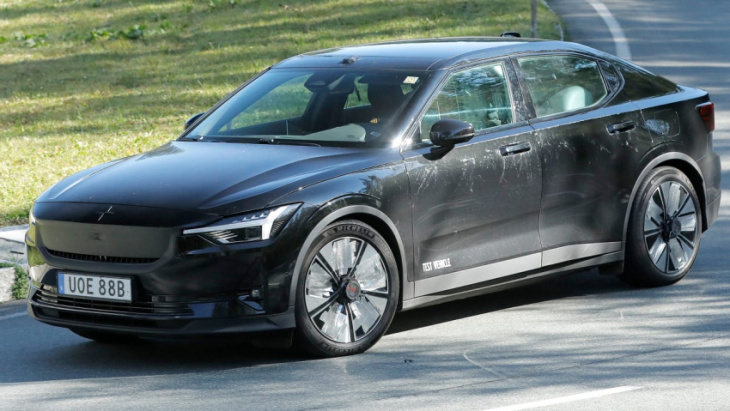 The Polestar 2 has recently been given a software update to improve range and charging times of the existing model, and now a test vehicle with tweaked exterior styling has been seen in Austria. The facelifted car, along with the latest software the company has, will help Polestar continue to compete against rivals like the Tesla Model 3, BMW i4 and Kia EV6.

One change that is noticeable on the test car is the grille that will feature a new slatted design in place of the smooth squared off version of the existing model. The test vehicle has a camouflage blank covering most of the grille section, however evidence of the change is visible in the lower section.

The vehicle spotted testing is equipped with the same wheels as the existing model, however a different set of wheels could differentiate the facelift model or be used to further improve range and performance. Improved range could be achieved with tweaked aerodynamics from a new front and rear bumper, however both remained the same on the test vehicle. 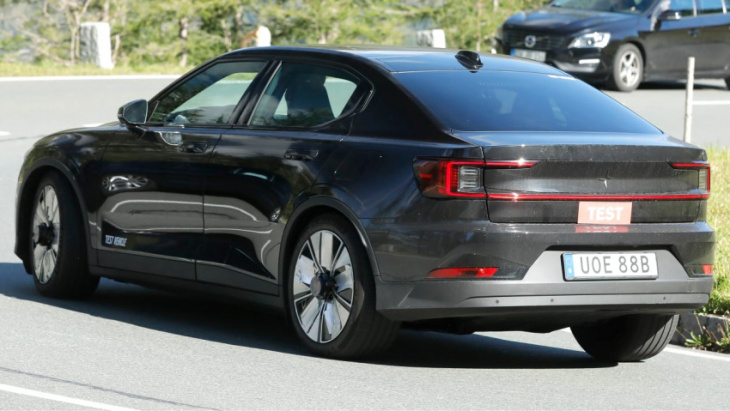 The Polestar 2 already received a variety of updates earlier this year to include more colour choices and revised software to optimise charge speeds, which mean just half an hour for a 10-80% charge of the 69kWh model when utilising 130kW charging. Overall range is now 287 miles for the standard model, with the long-range Polestar 2 capable of 331 miles, or 292 miles for the faster dual-motor model.

No official release date or price has been announced yet, although we expect an uplift from the current starting price of £43,150.