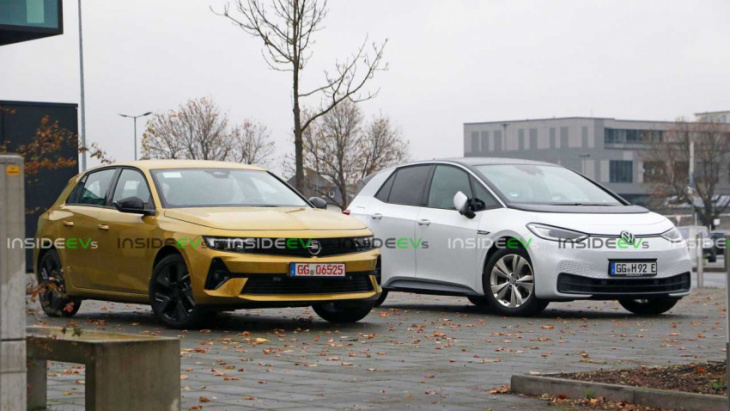 Volkswagen ID.3 is one of the best compact EVs that you can buy in Europe today, and even if it still has some issues, it is the electric hatchback to benchmark new vehicles against. It’s no surprise then that our spies spotted an ID.3 parked next to the fully-electric Opel Astra E in Germany, suggesting that the Rüsselsheim-based automaker (now owned by Stellantis) is benchmarking its new model against one of the most popular models on the market.

The two vehicles may look similar, but they really couldn’t be more different, though. The Volkswagen is a rear-wheel drive vehicle built on a bespoke EV platform, so it has oodles of space inside (as much room as in a vehicle from the class above), while the Opel is based around an ICE platform that has been repurposed for this BEV variant, but it can’t match the ID.3 in many areas. 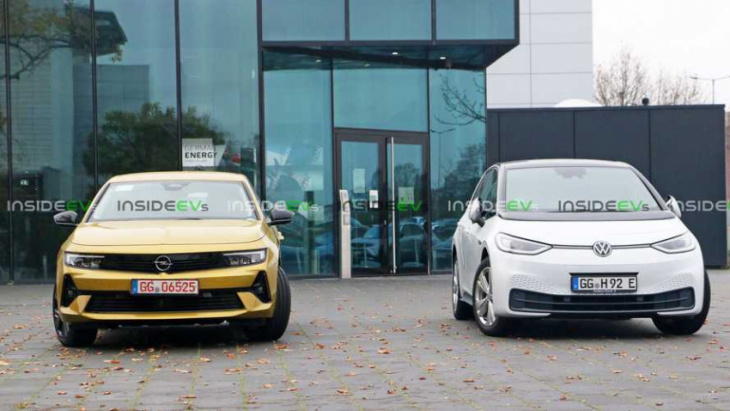 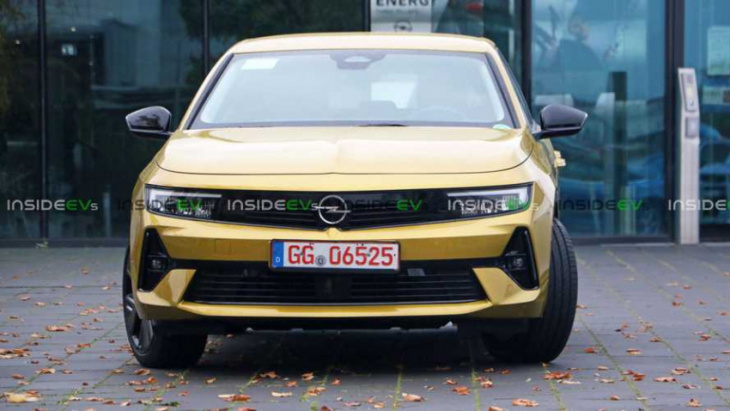 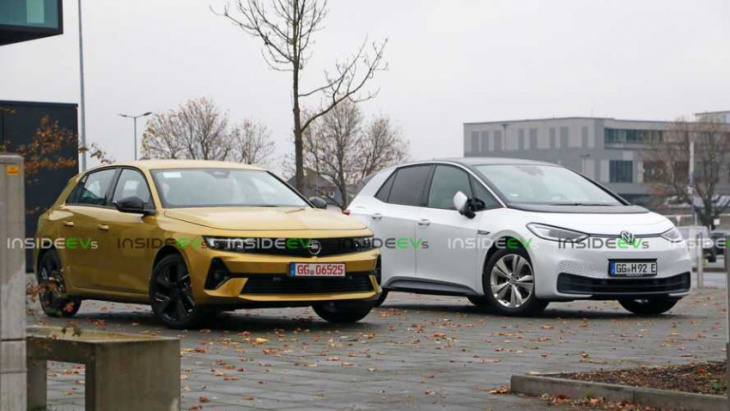 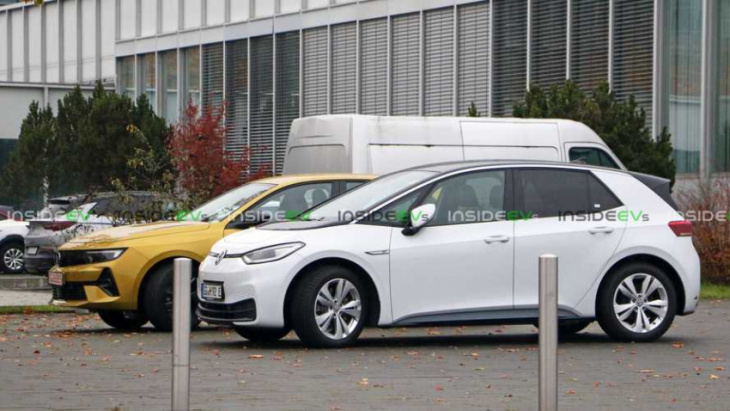 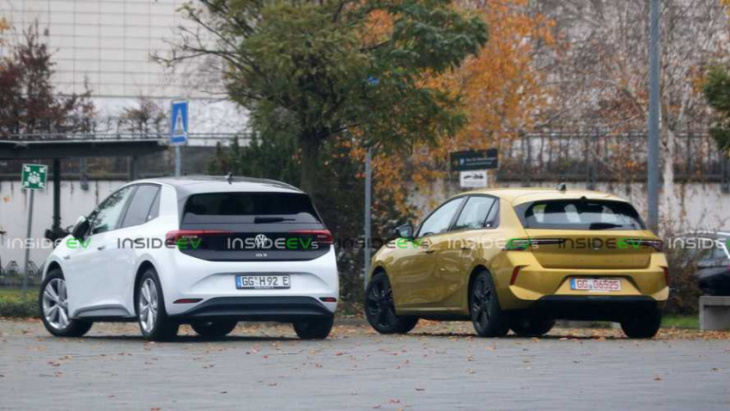 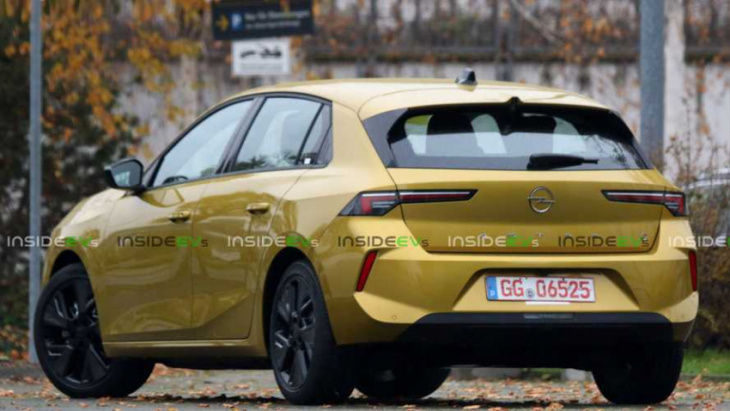 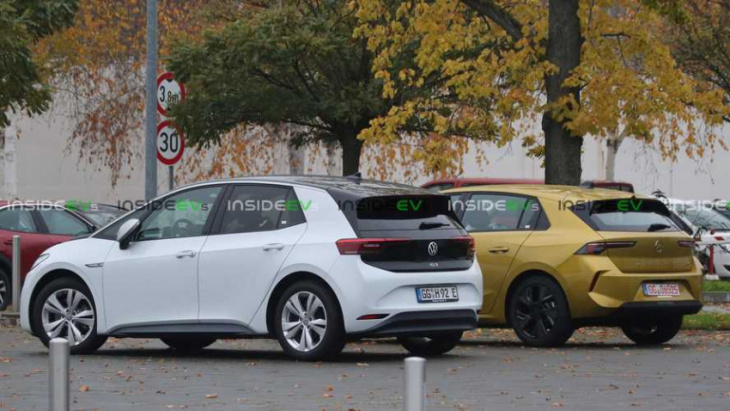 For instance, the Astra E is slower to accelerate, there’s only one choice of battery pack, it’s not going to be quite as fun to drive and as previously mentioned it is nowhere near as roomy inside, especially when it comes to room for rear passengers – the Astra E even has a vestigial transmission tunnel that in the EV is not needed, but it eats into legroom for the middle occupant in the rear; the ID.3 has a perfectly flat floor in the rear, making the middle seat actually usable.

Where the Astra E wins back some practicality points, though, is in the fact that it can be had as either a hatchback or a more cavernous wagon, which gets a 516 liter trunk whose capacity increases to 1,553 liters if you fold down all rear seat backrests. It also has decent range, thanks to its 54 kWh battery pack that should take it up to 416 km (258 miles) on one charge, although it’s still less than the ID.3 with the middle 58 kWh pack that goes 426 km (263 miles) on the same WLTP test cycle.

Objectively, even though the Opel Astra E is a newer EV than the Volkswagen ID.3, it is definitely the product of an older approach, that of taking an ICE model and reengineering its platform to accommodate a battery and electric powertrain. The only buyers it will realistically steal from the ID.3 are fans of the brand and people who want a wagon, as well as those who cannot stomach the ID.3’s unusual proportions.

The Astra E’s life is made even more difficult by the fact that Peugeot will offer a mechanically identical e-308 model that looks quite a bit fancier both inside and out; the ICE 308 has already received plenty of praise for its design, and it will likely remain a selling point for the electric variant too. Even so, both these models will have to undercut the ID.3 on price in order to be real competitors, otherwise we will have to wait until the Stellantis group produces its first bespoke EVs in this category.