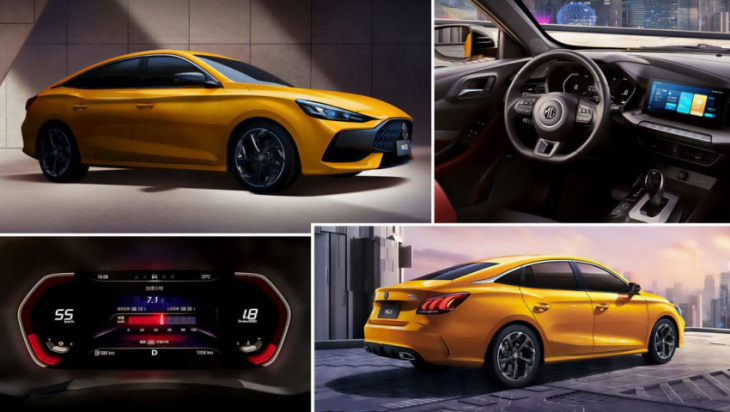 While the MG5 was significantly delayed, the brand’s executives confirmed it is still part of its launch plans for 2023.

Despite committing to the MG5 sedan as far back as late 2020, MG’s Australian division has since gone quiet on its arrival plans for the sedan. However, speaking at the rollout of the new MG ZS EV, the brand’s executives confirmed its launch in 2023.

“We’re currently targeting H1 of 2023 for the MG5 sedan,” said Giles Belcher, MG Australia’s director of sales and marketing. “We will have more to say in Q1 of next year.”

MG Australia CEO, Peter Ciao, explained that there had been delays with the model, but that it was still the right choice for the Australian market despite the preference for SUVs and MG’s push into electric territory. When queried about the alternate fully electric MG5 wagon currently sold in the UK, he said: “Nobody buys wagons in Australia anymore. Australia is all SUV now. [But] the MG5 is a chance to see if sedans will work in Australia.”

MG has a Corolla-sized hole in its line-up between its MG3 light hatch and ZS small SUV which will be filled in the first half of next year with not only the combustion MG5 sedan, but also the all-electric MG4 hatch, if supply allows. The latter could again become Australia’s most affordable EV.

Meanwhile the MG5 could be a cost-leading rival to the likes of the Toyota Corolla, Kia Cerato, Hyundai i30 and Mazda3 sedans.

In its home market of China, the MG5 is powered by a 1.5-litre turbocharged four-cylinder engine producing 127kW/275Nm driving the front wheels via a seven-speed dual-clutch automatic, or an aspirated engine of the same capacity producing 88kW/150Nm paired to a continuously variable transmission (CVT) or a five-speed manual. 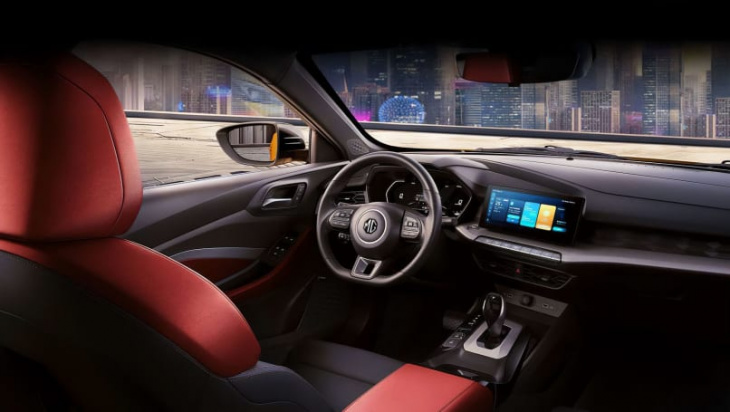 The MG5 shares its interior design with the ZST.

It shares its interior appointments and design with the ZST small SUV including a large multimedia screen and digital dashboard, while bringing a new and more swoopy ‘third-generation’ design language to the brand from the outside.

It also features the new “iSmart” app connectivity in other markets, as well as the full set of MG Pilot safety equipment in its Chinese home market. 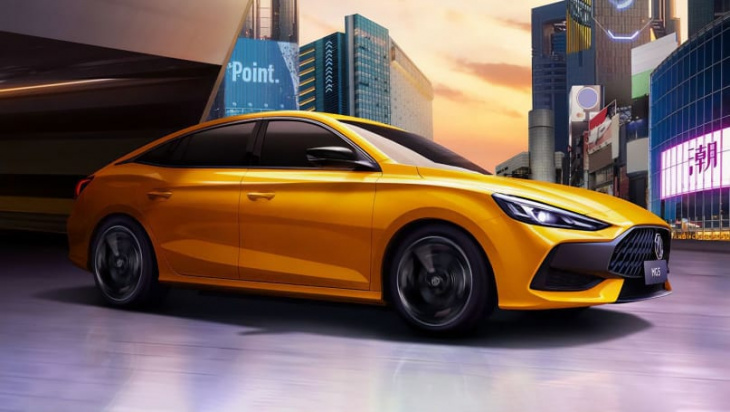 MG sources all its Australian products from China.

It is understood that the MG5 was originally planned to launch earlier in Australia, but various supply constraints and COVID-related issues delayed its launch.

MG’s representatives denied that the MG5 would make for a replacement for the now ageing MG3, saying that the light hatch would continue to be built into the future and be sold alongside the larger MG5 as part of its strategy to provide “the best value in every segment” that it plays in.

Mr Ciao declined to comment on the target price or key rivals MG has in mind for the MG5, saying only that more will be revealed at a later stage.

He did note that while the brand has no plans for the MG5’s big sedan brother just revealed in China, the MG7, in the Australian market, a successful launch of the 5 may change its fortunes. 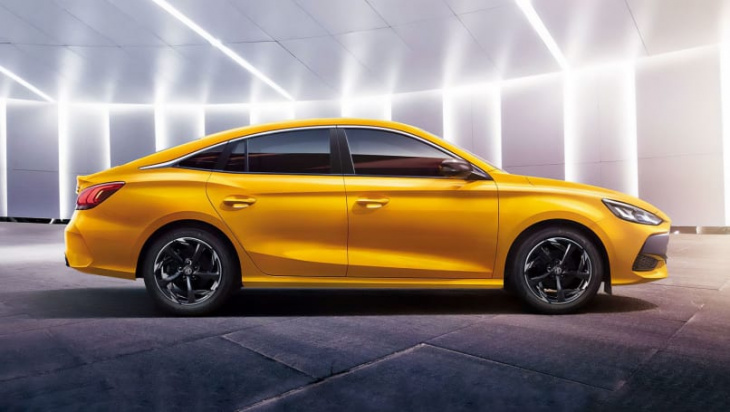 Various supply constraints and COVID-related issues have delayed the launch of the MG5 in Australia.

The MG5 and ZS SUVs are built in Thailand at a new plant established in 2017 by MG’s SAIC parent company to facilitate its growth plans in the South-East Asian region. Right now, MG sources all its Australian products from China, although it is unclear whether the brand will make use of the economies of scale which the primarily right-hand drive Thai factory would allow.

The MG5 is currently sold in the right-hand drive markets of Thailand and Indonesia, and it has plans to return to the Malaysian market in the coming years.

MG has gone from strength to strength in the last several years, now commanding a market share of 4.3 per cent, ranking as Australia’s seventh most popular automaker, behind Ford and Mazda but in front of Subaru and Suzuki year-to-date in 2022.

It plans a new phase in Australia starting with the launch of the new ZS EV, which includes an array of new models and a new dealership experience, which the brand is calling the “biggest dealer support package of any OEM” during the course of 2023.

An issue with the wheels Toyota’s solution Preventing future issues In 2022, production began for the 2023 Toyota bZ4X. While this wasn’t the first Toyota EV sold in America, it was the first built from the ground up to be an electric vehicle only, unlike the RAV4 EV, which ...