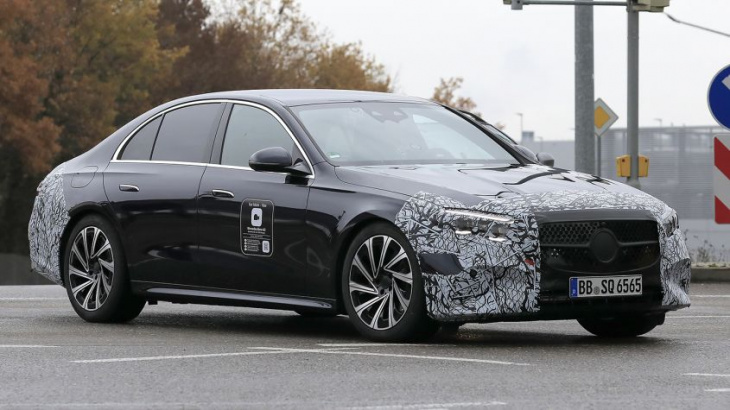 An all-new Mercedes E-Class is due to arrive in 2023. The executive saloon received a mid-life update in 2020 to keep it feeling fresh against the BMW 5 Series; however, following the debut of the latest Mercedes S-Class as well as the smaller C-Class – not to mention the raft of fully-electric EQ-badged Mercedes models – the current E-Class is already starting to appear slightly dated compared to the rest of the Mercedes lineup.

Our spy photographers have spotted test mules of the upcoming car out and about on the streets of Germany, giving us our first hint of what the new car will look like. The new E-Class is expected to get Mercedes’ latest array of infotainment tech as well as a range of partly-electrified powertrains and a refreshed, cleaner design.

Mercedes has attempted to cover up this revised look for the time being with heavy camouflage, however looking closely we can see the new E-Class will adopt a slimmer set of LED headlights than before; these will flank a redesigned front grille which, like the smaller C-Class, will be embellished with miniature three-pointed Mercedes stars.

The overall silhouette of the new E-Class looks to be more teardrop-like – likely in an attempt to improve aerodynamic efficiency – with a set of flush, pop-out door handles also adding to the car’s slippery shape. 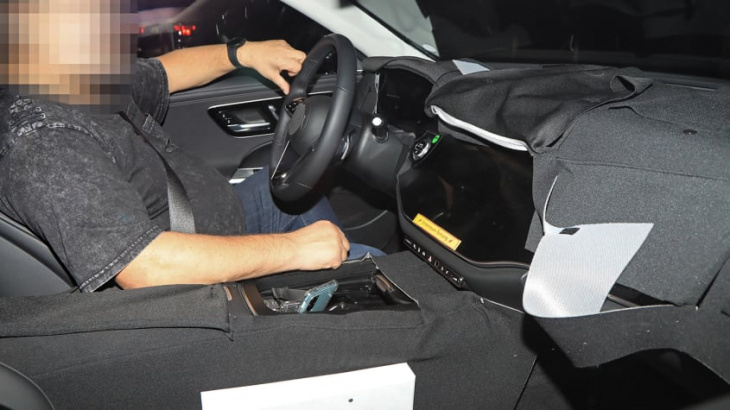 Perhaps the most significant upgrade, however, will be on the inside, as our spy pictures reveal that the new E-Class will get Merc’s latest MBUX infotainment system, which appears to be a mashup of the setup seen in the S-Class limousine and the Hyperscreen tech-fest that is offered in the likes of the all-electric Mercedes EQS. While this is mostly covered by camouflage at the moment, we understand that this setup is likely to be an option, with base models getting the same 11.9-inch screen as the smaller C-Class.

While we don’t know exact specifications as of yet, buyers can also expect to see the same 3D-effect dials as in the S-Class – a feature that’s likely to be an optional extra – as well as augmented reality navigation and the ‘Hey Mercedes’ voice assistant.

With encroaching emissions regulations and the Mercedes brand set to go all-electric by 2030, the next-generation E-Class will likely be the last to utilise combustion engines. Therefore, the entire range will almost certainly benefit from varying forms of hybrid assistance; we expect entry-level cars to get 48-volt mild-hybrid technology, while plug-in hybrid models could feature the same 2.0-litre four-cylinder setup found in the new Mercedes GLC SUV, with a 31.2kWh battery that could potentially provide an electric-only range of 80 miles. There won’t be a fully electric model for now, though – that spot in the lineup is currently filled by the Mercedes EQE saloon. 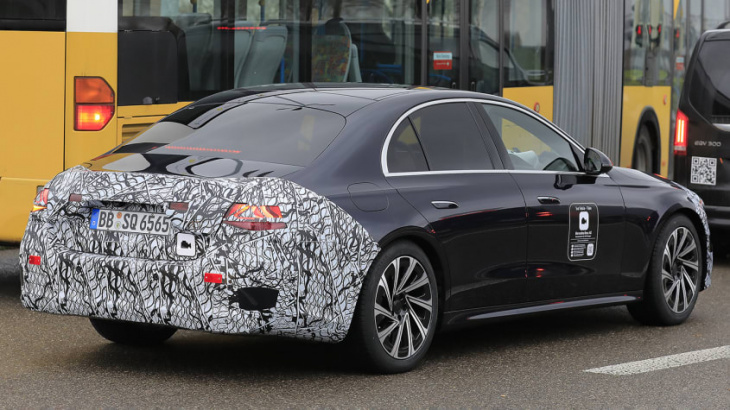 Other mechanical changes could include Mercedes’ latest iteration of its AIRMATIC air suspension as well as four-wheel-steering tech that could vastly reduce the rather long E-Class’ turning circle.

We haven’t heard anything directly from Mercedes about the new E-Class yet, nor about when it’s coming; therefore, a reveal date towards the end of 2023 seems likely. The Mercedes range as a whole has moved up in price significantly over the past few years, with the facelifted Mercedes A-Class hatchback now starting from over £30,000 and the C-Class saloon costing around £40,000. With this in mind, expect the new E-Class to demand a significant premium over its predecessor, potentially starting from around £50,000 when it finally goes on sale.