The Sprinter now only offers four-cylinder gas and diesel engines, including a new twin-turbo diesel with 332 pound-feet of torque. 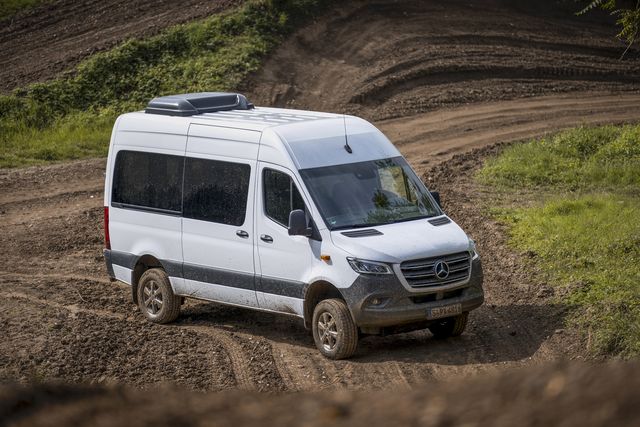 Judging by photos of the updated-for-2023 Mercedes-Benz Sprinter, which include shots of it charging down trails and splashing through mud, one might think a new off-road model is joining the lineup. Sorry, Travis Pastrana. The ’23 Sprinter isn’t ready for rallycross, but the full-size van does add a new drivetrain and different powertrain options. Starting with the 2023 model year, the Sprinter is no longer offered with a turbo-diesel 3.0-liter V-6, which was good for 188 horsepower and 325 pound-feet of torque. Instead, the van only offers a trio of four-cylinder options. The standard powertrain remains a gas-fed 188-hp turbocharged 2.0-liter inline-four mated to a nine-speed automatic transmission; rear-wheel drive remains the lone drivetrain with this setup.

The other two engine options are Mercedes’s new diesel-powered 2.0-liter engines, which use the engine code OM654. One features a single turbocharger and makes 168 horsepower and 295 pound-feet of torque. The other one is twin-turbocharged and develops 208 horsepower and 332 pound-feet. Those figures beat the old diesel V-6 by 20 horses and 7 pound-feet. Unlike the V-6 and the outgoing diesel 2.0-liter that have been replaced, the new versions are paired with a nine-speed automatic instead of a seven-speed unit. 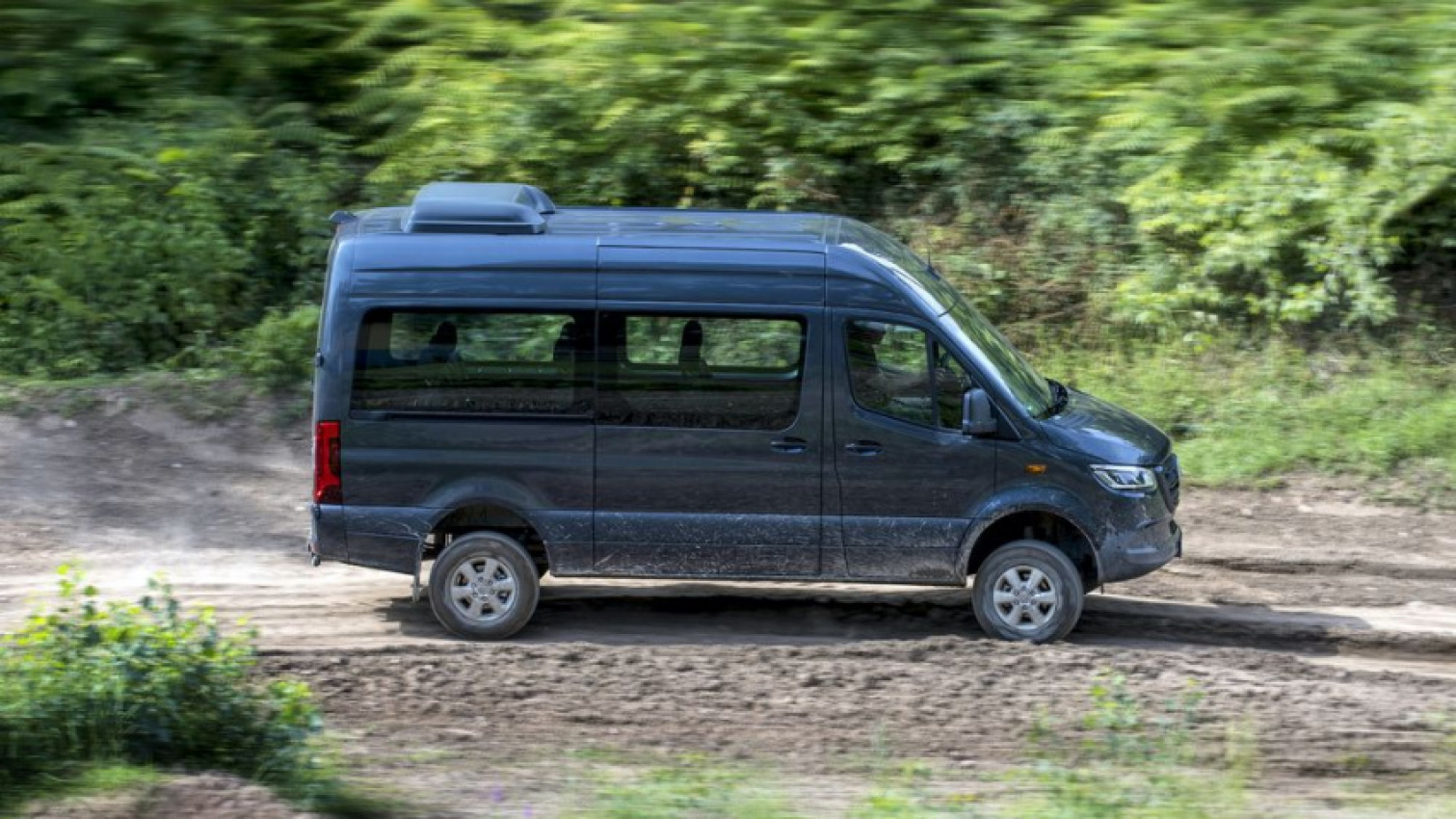 While the lower-output diesel engine is limited to a rear-wheel-drive configuration, its high-output counterpart can be configured with rear- or all-wheel drive. The latter is a new system derived from the Mercedes passenger-vehicle lineup. Previously, the diesel V-6 was available with selectable all-wheel drive that would send 35 percent of the torque to the front axle and 65 to the rear when engaged. The new all-wheel-drive setup automatically sends up to 50 percent of torque to the front wheels when necessary.

Mercedes says the 2023 Sprinter will go on sale in the U.S. sometime early next year, but the company hasn’t announced pricing yet.