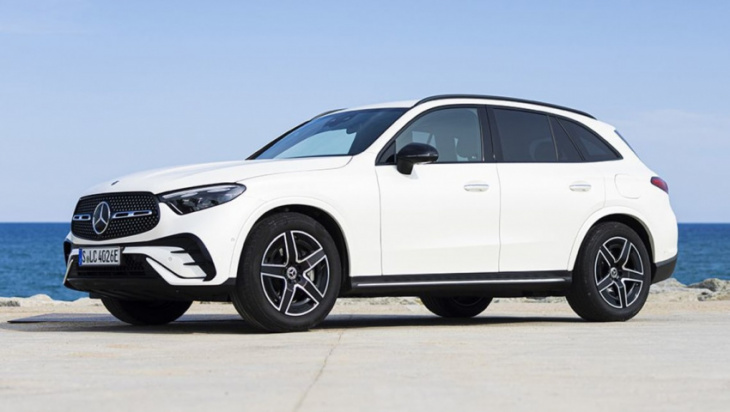 While the 2023 Mercedes GLC may look similar to the old one, there’s been a massive rethink and huge changes underneath.

Replacing its most popular model in the world kept Mercedes-Benz and an entire team of experienced engineers up late over the past half-decade.

Since development commenced on the second-generation GLC in 2015 – the year the outgoing version was released in Australia – the Stuttgart-based team had their work cut out. It had to retain the look and feel consumers loved, but also address issues that many critics called out.

With this nearly new-from-the-ground-up GLC arriving in Australia next March, here are some of the improvements and advances that Mercedes’ engineers are most proud of, that you may not know about.

1. There’s lots of S-Class limousine engineering going on underneath

According to Mercedes-Benz AG senior engineer, Joerg Bartels, there’s more than a bit of the company’s famous flagship lurking under the new GLC. Which shouldn’t come as no surprise, really, as both models adopt the company’s fresh MRA II (modular rear-drive architecture) platform.

“The new GLC has more in common with the new S-Class than with the old GLC,” he told CarsGuide at the medium SUV’s launch late last month.

The S-Class technologies “can be found everywhere”, he added, including in the acoustic elements, the electronics network, air-conditioning system and even the optional rear-wheel steering module.

2. The sounds of silence

Those S-Class acoustic elements certainly came in handy, since noise was one of the old model’s biggest drawbacks. 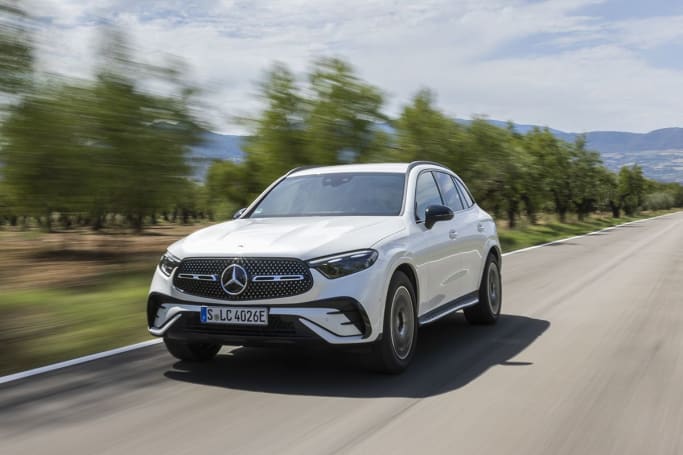 Nobody complained about how sharp and dynamic the old GLC was around corners, but the upshot of dynamic agility was a less-than-comfortable ride.

Along with new steering and brake systems, a redesigned four-link front and multi-link rear suspension set-up, bringing revised dampers, help improve composure and control at speed, while settling the SUV down and isolating occupants from the outside world better.

Additionally, the new optional Airmatic all-wheel air suspension elevates refinement to a higher level – though it works best with the 19-inch wheel package that Australia will most likely not get, in favour of bigger and brasher 20-inch alloys because “that’s what buyers want”, according to one Mercedes spokesperson.

4. A boost in the caboose

Compared to before, the new GLC is 60mm longer while the wheelbase has been stretched 15mm.

All those extra dimensions go into the rear overhang, which in turn adds another 70 litres of luggage capacity. In Europe, that figure is now 620L. The new GLC is 60mm longer while the wheelbase has been stretched 15mm.

That’s what the latest GLC basically is… a larger version of the impressive new W206 C-Class launched earlier this year in Australia.

In fact, it is estimated to have around 70 per cent engineering commonality, meaning near premium sedan levels of handling and ride comfort. That’s a win for a heavy luxury mid-size SUV.

6. The weight is not so over

Engineer Bartels admits he would have loved to achieve a lower net weight in the latest GLC.

However, the reality is, considering the substantially higher levels of equipment, insulation, electrification (with some level of hybridisation now included in every model, this means bigger battery packs), active as well as passive safety systems and body rigidity, in a vehicle that is now measurably larger than before, the gains have been modest.

Keeping all this in mind, then, weight reduction was simply not possible. But it could have been much worse without dedicated processes to mitigate the impact of all those extra items and advances.

Mr Bartels added that any further weight-reduction solutions – namely the adoption of more aluminium or even carbon-fibre, would have been cost-prohibitive from a business-case point of view, pushing prices up even more than what we are expecting to see. 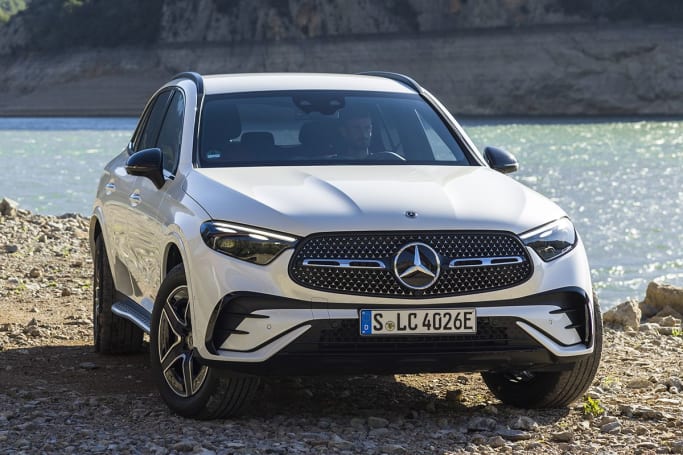 Engineer Bartels admits he would have loved to achieve a lower net weight in the latest GLC.

As a nod to the classic single-wiper W124s of the 1980s and ‘90s, the rear wiper on the new GLC has an arm that extends out mid-arc to cover a substantially greater amount of glass area than before, improving rear vision and safety in the process.

Although an aerodynamic co-efficiency drop from 0.31 to 0.29 Cd may not sound like much, it’s massive for a vehicle that is larger than before, thanks to painstakingly intricate airflow work all around and underneath the GLC.

Which, of course, helps with making it quieter and more refined too, reducing occupant fatigue. 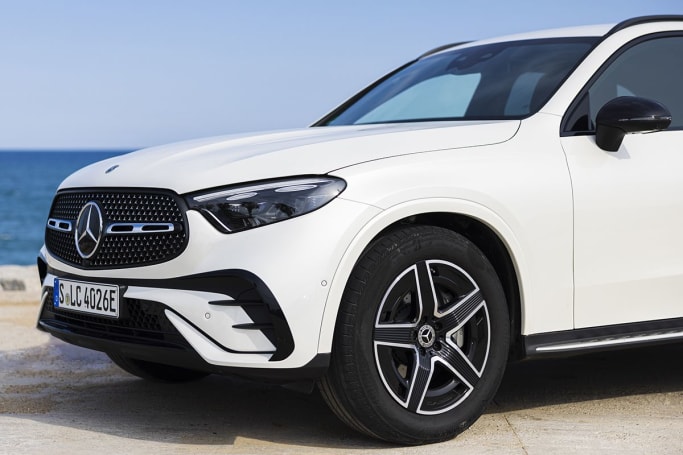 Although an aerodynamic co-efficiency drop from 0.31 to 0.29 Cd may not sound like much, it’s massive for a vehicle that is larger than before.

Along with the aforementioned all-new electric power steering system, the GLC adopts the S-Class’ rear-wheel steering components – as a cost option.

Not only do they improve handling and agility, they cut the turning circle from 11 metres to 10.1m – great for parking or if you find yourself in tight manoeuvrability situations. The steering angle at the rear axle changes by up to 4.5 degrees, while allowing for fewer turns lock-to-lock. 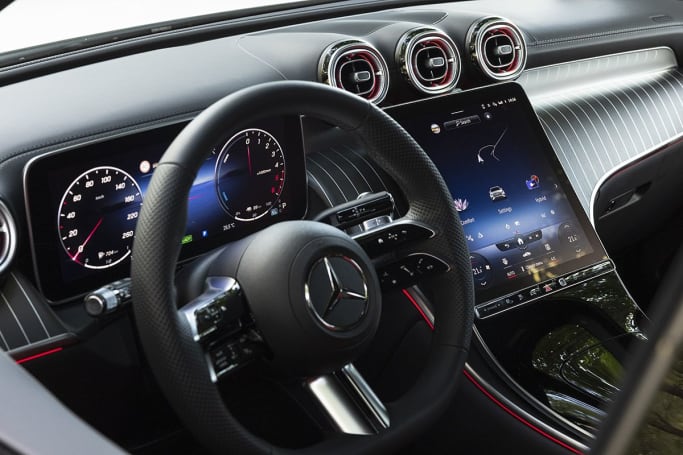 The GLC adopts the S-Class’ rear-wheel steering components – as a cost option.

If your pockets are deep enough, you can option what may be the best lighting system available on any SUV in the world right now.

Called Digital Light, it provides high-resolution and targeted light distribution according to prevailing conditions, for excellent visibility without dazzling or annoying oncoming traffic.

It can project guidance lines, symbols and even animations on poorly lit roads, highlight pedestrians with a spotlight function and clarifies their position with projected direction points.

It will even warn drivers with a symbol on the road if they’re driving the wrong way up a one-way road. Clever.

Keyword: 2023 Mercedes-Benz GLC: 10 things that might make you decide to buy this luxury SUV instead of an Audi Q5, BMW X3, Lexus NX or Volvo XC60

1. Car shoppers can save a lot of money by choosing the new Kia Niro EV 2. The 2023 Kia Niro EV is also more efficient 3. The Kia Niro EV gets more range than the Volvo C40 Recharge 4. Families can carry more cargo in the Kia Niro ...

Lexus is working on an LFA-inspired electric supercar for launch later this decade, and it will be offered with a manual transmission complete with a third pedal. The information was confirmed by Takashi Watanabe, chief engineer for Lexus’ electric portfolio, during a recent presentation in Europe. Watanabe said the ...

Photo: Mercedes-Benz The Mercedes-Benz S-Class is all about refinement, luxury and supreme comfort. As the German automaker’s flagship car, it’s also traditionally the one that gets the latest and most advanced technologies. With the all-new 2023 Mercedes-AMG S 63 E Performance (man, what a mouthful), the full-size sedan adds ...


View more: New Mercedes EQT is a luxury rival to the Citroen e-Berlingo

It's got a gearshift, a tachometer and a "clutch" pedal, and you can even stall it if you don't know how to drive stick shift.


View more: Lexus Confirms Manual Transmission For EVs, LFA Successor May Get It

For the very first time, the company sold more than 1,000 all-electric cars in a month.

A new gasoline-electric drivetrain brings a considerable increase in reserves, making the ’23 model the most powerful S-Class yet.