Prices and final specifications for the all-new Mazda CX-60 have been confirmed for Australia ahead of its arrival in June. It will come in as a large SUV sitting above CX-5, featuring some interesting new inline-six engine options and a plug-in hybrid. 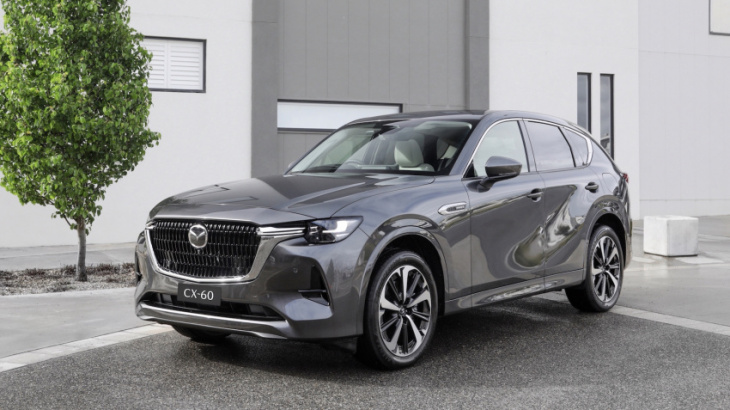 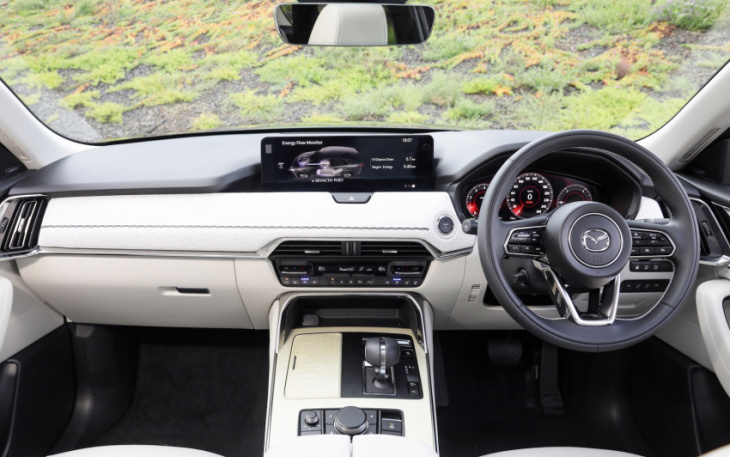 As standard all models feature a 10.25-inch infotainment screen inside (Azami pictured), with a 7.0-inch digital gauge cluster for the six-cylinder models and a 12.3-inch display for the hybrid. All come with a surround-view camera system, digital radio with an eight-speaker sound system (at minimum), and dual-zone climate control and a wireless phone charger.

Going for the GT trim level adds a 12.3-inch infotainment screen and the 12.3-inch gauge cluster across all engines. The GT also comes with 20-inch alloy wheels, a panoramic sunroof, and a 12-speaker Bose sound system.

The new model is set to arrive in showrooms in June next year, with prices starting from the following (excluding on-road costs): 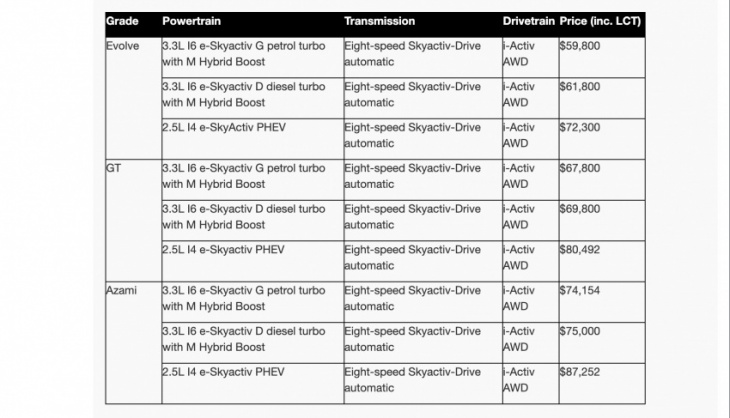 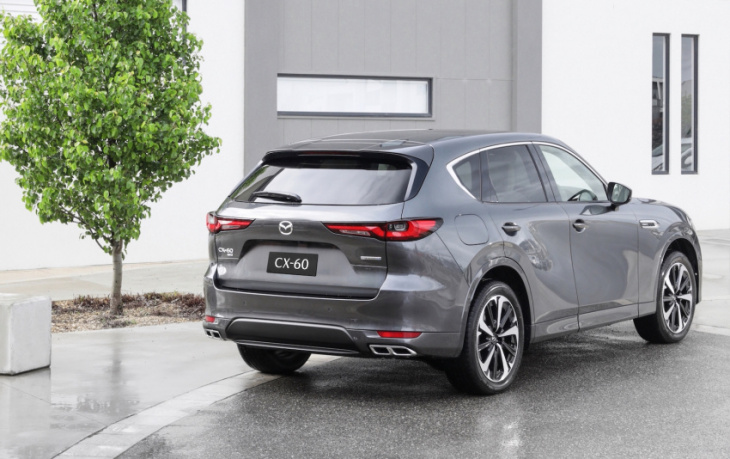 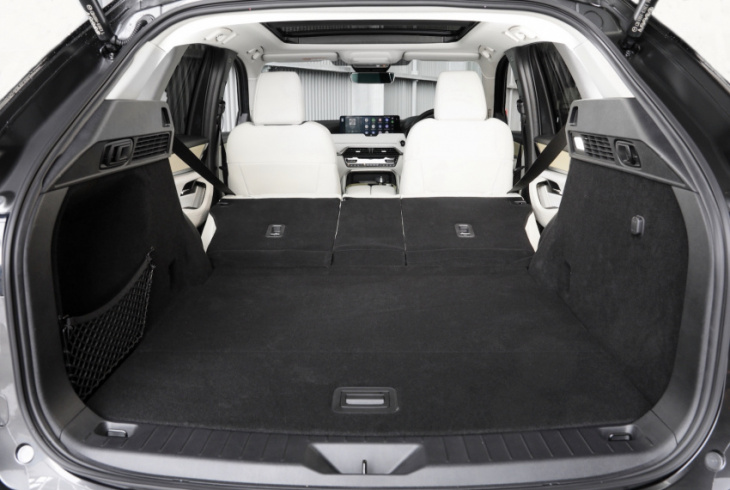