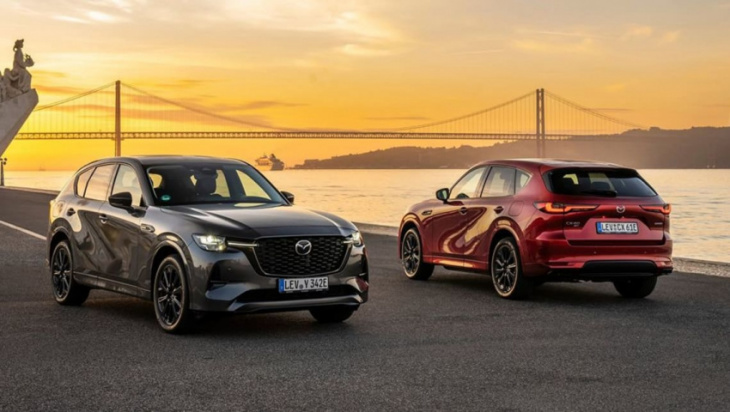 Now that Australian pricing and specifications for the new Mazda CX-60 SUV have been confirmed it’s worth taking a look at the premium medium SUV market to how it stacks up against some potential rivals.

The 2023 Mazda CX-60 comes up against established players from Europe like the BMW X3, Mercedes-Benz GLC, and Audi Q5, as well as closer to home in the Genesis GV70 from South Korea or its compatriot, the recently renewed Lexus NX.

The CX-60 is available in three grades – Evolve, GT, or Azami – each available with petrol, diesel, or plug-in hybrid drivetrain in ascending price.

The CX-60 kicks off from $59,800 before on-roads in ‘base’ Evolve spec with a 3.3-litre turbo straight-six petrol engine, and running up to $87,252 for the top-spec Azami with Mazda’s new plug-in hybrid 2.5-litre petrol four-cylinder engine.

This gives the CX-60 a broad rival set, facing off against the base model Lexus NX at its lower specification, and taking on the more expensive Euros in its mid-to-high spec.

The advantage of the CX-60 is that it can be had as a PHEV from $72,300 in Evolve spec, and while there are cheaper mid-size PHEV SUVs available, the Mazda also offers an upmarket feel that is sometimes missing from mainstream players like the Mitsubishi Outlander and Ford Escape. 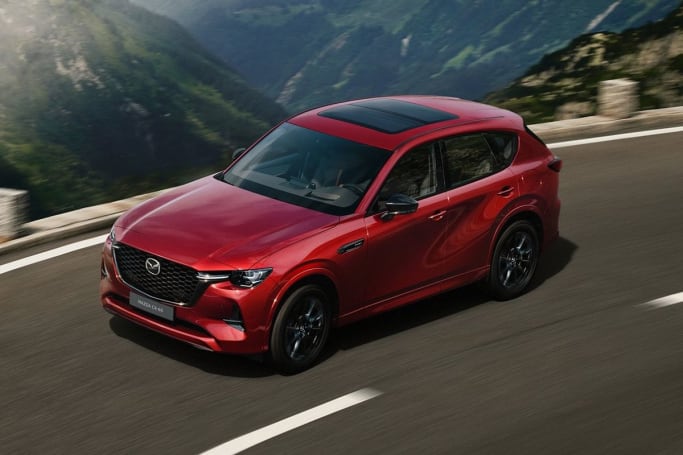 The 2023 Mazda CX-60 comes up against established players from Europe like BMW, Mercedes-Benz and Audi.

But if the aim is just a nicely-equipped mid-size SUV, the GT spec in any drivetrain (petrol at $67,800, diesel at $69,800, and PHEV at $80,492) takes the fight to its more established premium SUV rivals quite efficiently. 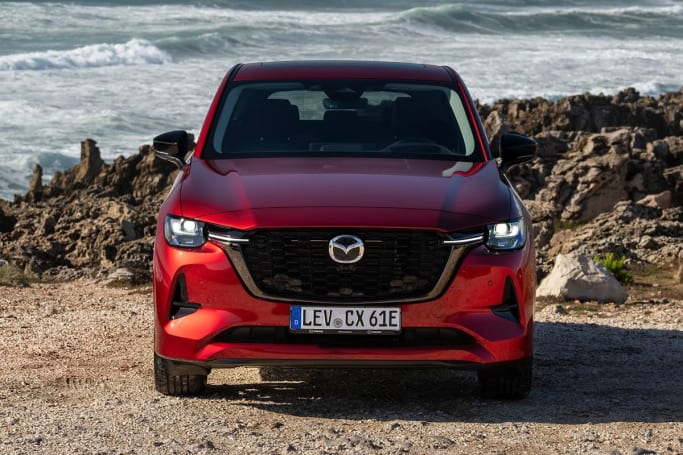 Sitting in the middle of the CX-60 range, the GT boasts features like a 12.3-inch widescreen multimedia display, a digital instrument display in the same size, heated leather seats front and rear, and a 12-speaker Bose sound system, none of which the Evolve gets.

But the advantage the Mazda presents is a more potent powertrain thanks to a newly-developed 209kW/450Nm 3.3-litre turbo-petrol engine, which easily surpasses the four-cylinder engines of its European rivals from Alfa Romeo, Audi, BMW, Mercedes-Benz and Volvo at similar price points. 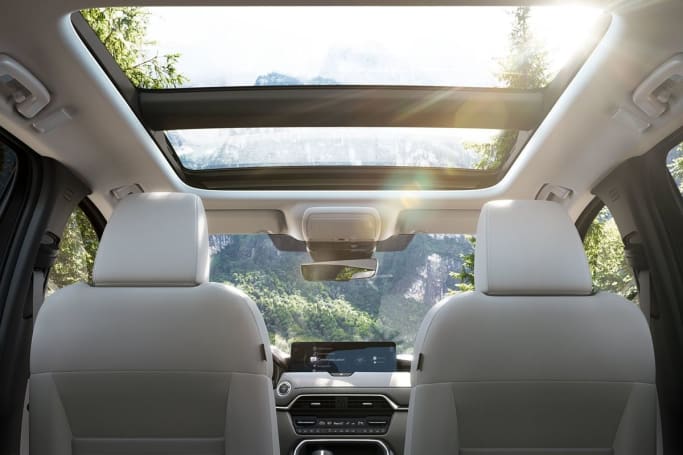 Sitting in the middle of the CX-60 range, the GT boasts features like a 12.3-inch widescreen multimedia display.

The Lexus NX however, does offer an alternative with its petrol-electric hybrid powertrain for those that favour efficiency over performance.

While Mazda might not have the badge prestige built up yet, it’s still competing convincingly against the Euros in terms of, value and features.

Keyword: 2023 Mazda CX-60 has premium aspirations, but how does it stack up on price, specs and performance against Lexus NX, Audi Q5, BMW X3 and others?

Audi Q3 Sportback to be launched in India soon

Image: Vorsteiner Image: ADRO NewsBy: Ryan De Villiers Mocked and belittled, the G8X was said to have a face only a blind mother could love. Spawned out of pure vitriol, aftermarket tuners have been hard at work developing cosmetic enhancements to make the G8X’s design more palatable. The G8X ...


View more: ADRO and Vorsteiner BMW G8X facelifts – but which is better


View more: BMW Will Spend $870 Million To Make EVs and Batteries in Mexico

The new front splitter increases downforce by 88 pounds at 124 mph.

Most Reliable Audi A4 Years

3 Most Common Lexus IS Problems Reported by Hundreds of Owners

What Comes With a Fully Loaded 2023 Lexus RX?

Seven-seat RX-L replacement on the horizon

Lexus RZ450e 2023: May release date in Australia for electric SUV