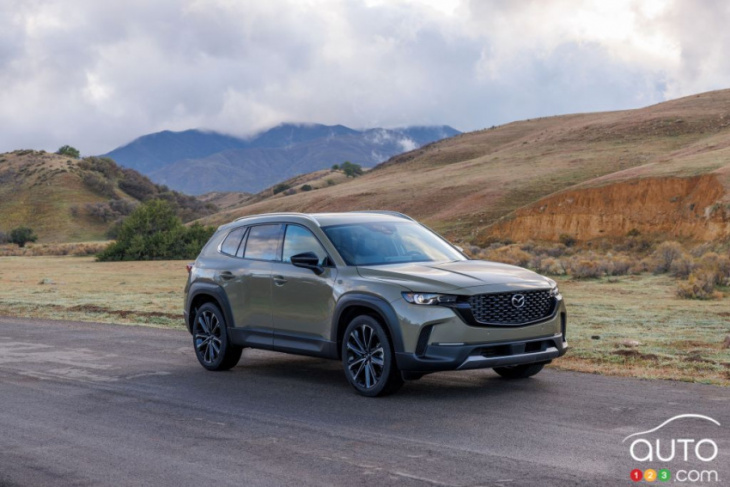 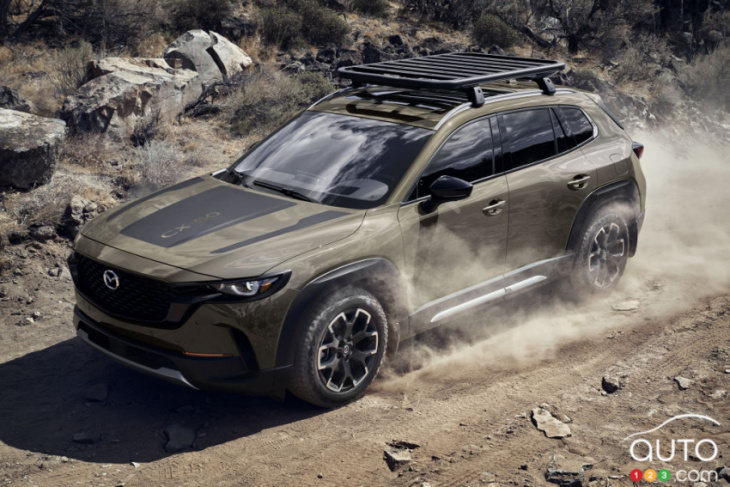 Auto123 is putting the 2023 Mazda CX-50 to the long-term test. Today, part 1 of 6, as we note the beginning of a new era for the Japanese manufacturer.

Welcome to the first of six chapters of our long-term test of the 2023 Mazda CX-50!

By spending three months behind the wheel of this new vehicle, which has been on display in Mazda showrooms across Canada since last May, we seek to identify its strengths and weaknesses.

And in fact, we ask your help.

Instead of making sole use of my brilliant analytic skills to understand the CX-50, I would like to benefit from your brilliant questions to delve deeper into the matter. There are already a lot of questions to be found online, and I've taken note of them, but if you'd like to send me yours, it's easy: email me at michel.crepault@auto123.com. 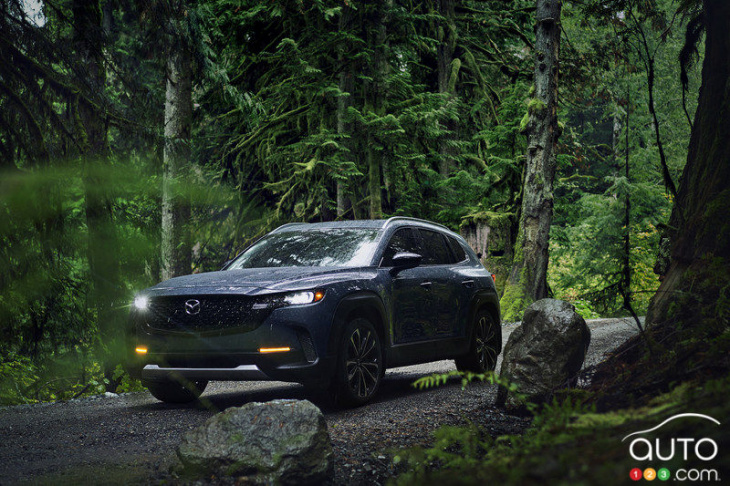 I’ll cleverly start to answer that with another question: is the Mazda CX-50 a compact SUV or a crossover?

There is actually a difference, if an arguable one. The SUV, or Sport Utility Vehicle (some marketing geniuses thought it was a good idea to add the word “sport”) is distinguished by a rather square shape, while the crossover is more of a rectangle since it's a cross between wagon, SUV, minivan and maybe even a rickshaw.

Designers are happy to draw from the toolbox of these different configurations to create a template that only the catch-all term crossover, straddling several vehicle categories, can capture. 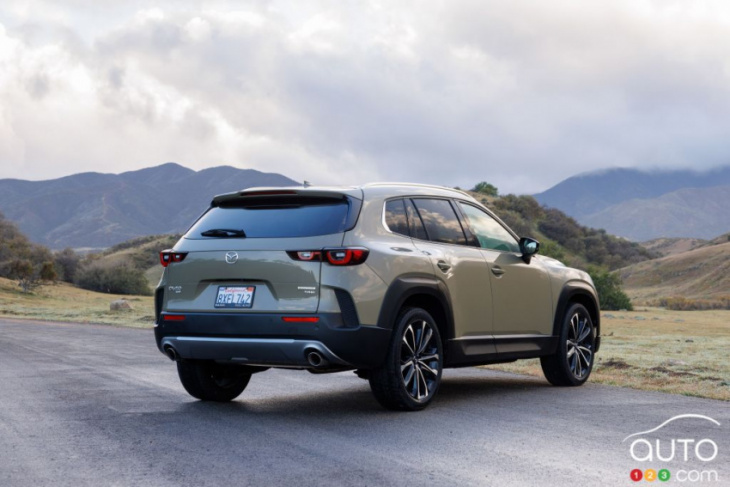 So, according to this brilliant explanation and with the help of my progressive lenses, I deem the CX-50 to be a crossover by virtue of its stretched shape and relatively low height. It evokes not so much an RAV4, more so a Subaru Outback.

So anyways, to make a long story short, the CX-50 name reveals a lot since, in Mazda’s naming practice, the C and the X stand for Crossover and Sport respectively, while the number gives an idea of the size of the vehicle within the portfolio.

How does the Mazda CX-50 relate to the other CXs in the family?

I had fun going back in time to untangle one CX from the other. You'll see, you have to pay attention. 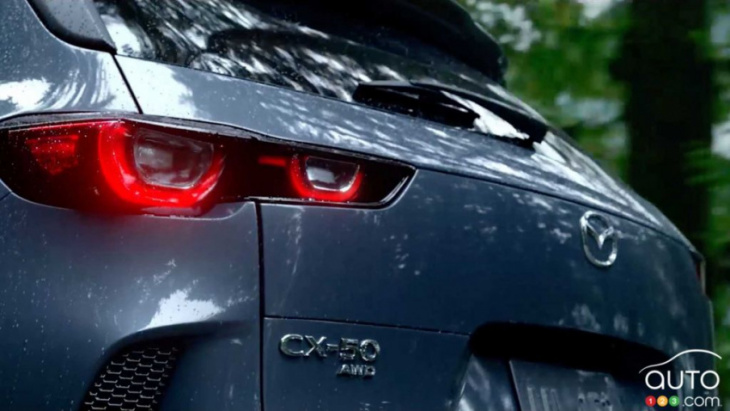 First, the older line of CXs…

CX-4: Mazda already had the CX-3 and CX-5 in its ranks when it was working on a new vehicle that it logically should have named CX-4. That didn't because the automaker has been selling a China-exclusive CX-4 since 2016 in partnership with local automaker FAW Group. You couldn’t have an “old” Chinese CX-4 co-existing with a “new” CX-4. So the automaker went with the CX-30 (more on that model below), which would lead to some offspring in it own right.

CX-5: In 2012, it succeeded the Tribute and the first CX-7. It was also the first vehicle to feature the Kodo (Soul in Motion) design philosophy and to incorporate SkyActiv technologies (redesigned platforms, engines and transmissions to reduce emissions and fuel consumption).

With almost 4 million units sold worldwide, it is Mazda's third-best seller today, on the verge of supplanting the second-best Mazda6 (still sold elsewhere) but far from the Mazda3 (7 million) or the record held by the now-defunct 323 (over 10M). The CX-5 is now positioned between the CX-30 and the CX-50.

CX-7: It had a first incarnation between 2006 and 2012, based on a platform shared by the Ford Focus and the Mazda3; the arrival of the CX-5 then spelled its end, but we expect to see it rise from its ashes as the CX-70 (more on that later).

CX-8: A mid-size crossover produced since 2017. It's actually a three-row version of the CX-5, the largest Mazda sold notably in Japan and China but not here.

CX-9: Bigger than the CX-8 and available since 2006 in Australia and North America but not in Japan because its size and displacement would force consumers to pay a dissuasive tax, nor in Europe because the streets are too narrow. 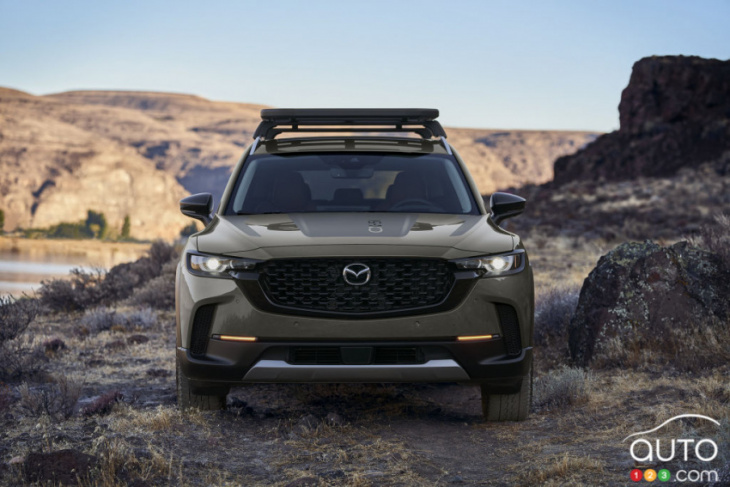 Now for the line of double-numbered CXs…

CX-30: Released in 2019 to initially coexist with the CX-3, Mazda's first double-numbered CX ended up relegating the ancestor to oblivion while tucking under the CX-5 and distinguishing itself from the Chinese CX-4.

CX-50: Built on the CX-30 platform, introduced this year and reserved for the North American market, the model under our microscope presents itself the answer to our growing desire to go outdoors.

CX-60: This mid-size crossover launched last April and is the first Mazda plug-in hybrid. It is available in several markets, for instance Europe, Japan and Australia, but not in North America, which will receive instead the…

CX-70: The reincarnation of the CX-7 (they say) comes in the guise of an (optional) two-row hybrid. Whether it’s a model-year 2023 or 2024 when it debuts remains to be seen. It’s said to be more luxurious than the CX-5 and CX-50 and bigger than the CX-60. A PHEV option comes courtesy of Toyota, and there’s option of an inline six engine.

CX-80: It will be the three-row version of the CX-60 for Japan and Europe. We will get the…

You see a pattern here? Yes, the double-digit CXs are quietly but surely squeezing out the single-digit CXs. They do so brandishing an advanced platform that's as light as possible, interiors that are refined, even luxurious and, above all, standard all-wheel drive on all models.

See you next time! 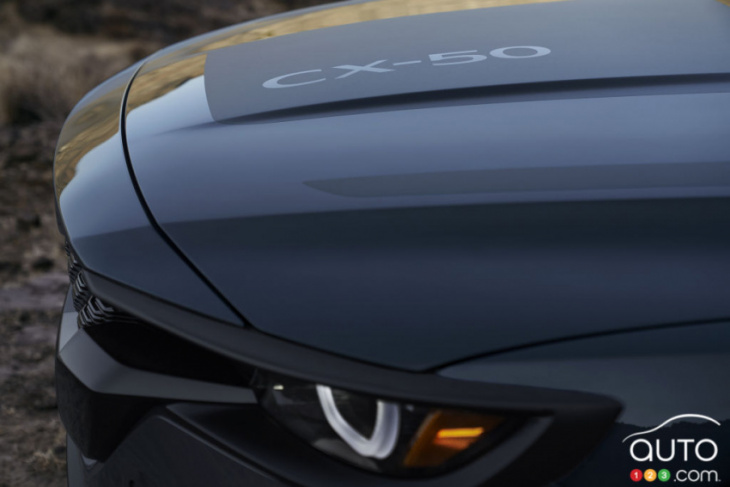 CONFIRMED: A new-generation Mazda CX-5 is coming to Australia to take on the Toyota RAV4 Hybrid - but there's a catch...

Despite some uncertainty, an all-new Mazda CX-5 is coming soon. (Image credit: Best Car Web) The Mazda CX-5 will live on post the brand’s push upmarket led by the CX-60 and CX-90 SUVs, with the manufacturer confirming that a new-generation model will be arriving to take on vehicles like ...


View more: CONFIRMED: A new-generation Mazda CX-5 is coming to Australia to take on the Toyota RAV4 Hybrid - but there's a catch...

Here to stay! Mazda6 axed in the UK, as 2023 model pricing confirmed for Australia