The 2023 Honda Pilot is all-new, bringing in the fourth generation of this three-row midsize SUV. The 2023 Toyota Highlander continues to be a top choice in this class, entering its fourth year in the current generation. The Highlander might have the advantage of familiarity and Toyota reliability, but the Pilot has several tricks up its sleeve. Which three-row midsize SUV is the better option for your family? 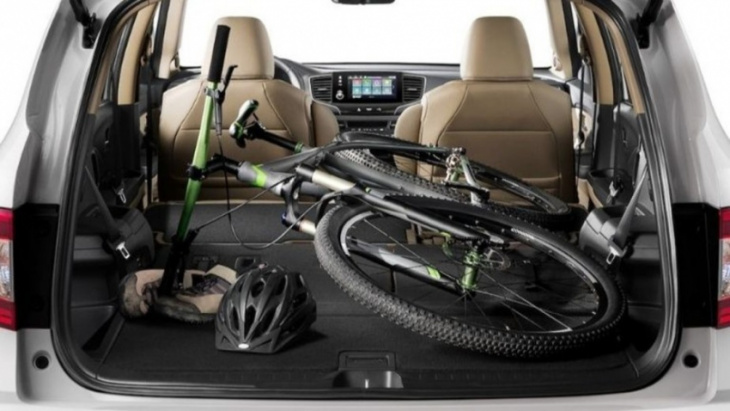 You’ll spend most of your time inside the cabin of the three-row midsize SUV you drive; it’s important this space offers uncompromising comfort and convenience.

The new Pilot claims class-leading interior space with 40.8 inches of legroom in the second row. The third row is also larger, accommodating adults in the rearmost area. The cargo space behind the third row measures 22.4 cubic feet, with a total of 113.7 cubic feet behind the front seats.

The Honda SUV also features 14 cup holders, eight of which fit 32-ounce bottles. There are also some clever storage areas in the center console that accommodates a tablet or whatever electronics you bring.

The Highlander gives second-row passengers nearly as much legroom with 40.5 inches of space, but the rear cargo room is smaller than the Pilot. This area measures 16 cubic feet, and the maximum cargo room in the Highlander is only 84.3 cubic feet.

The interior of the Toyota SUV is functional and fits eight people, but the rearmost row is tight. The Highlander has eight cupholders and six bottle holders, offering enough places for everyone to bring their drinks. 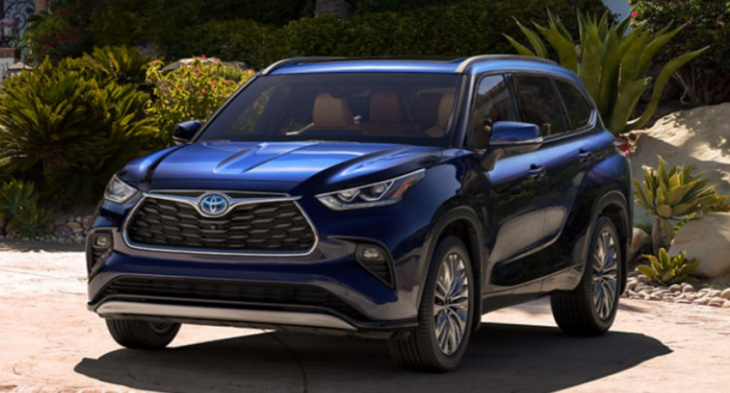 The 2023 Honda Pilot has more horsepower than the 2023 Toyota Highlander, but the Toyota has more torque. Both of these SUVs tow up to 5,000 pounds. For the most part, the power numbers are similar, and without fuel economy results for the Pilot, it’s difficult to compare this area of these SUVs.

That said, there’s one significant advantage for one of these two popular three-row midsize SUVs. One of these models offers a hybrid powertrain while the other does not.

Which of these SUVs offers removable middle-row seats? 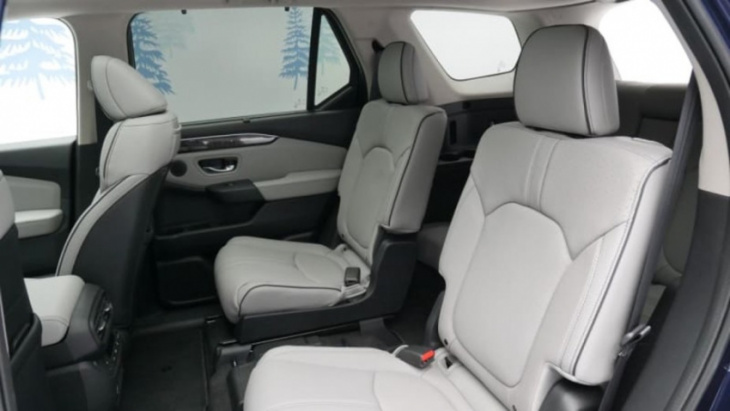 This feature is unique because you can remove one, two, or all three seats from this middle row and store them. This allows you to configure the center area in whatever manner works best for you and carry the stored seats to change that configuration as desired.

Unfortunately, the 2023 Toyota Highlander does not offer anything to compare to the removable center seats of the Pilot.

Which three-row midsize SUV is right for your family? 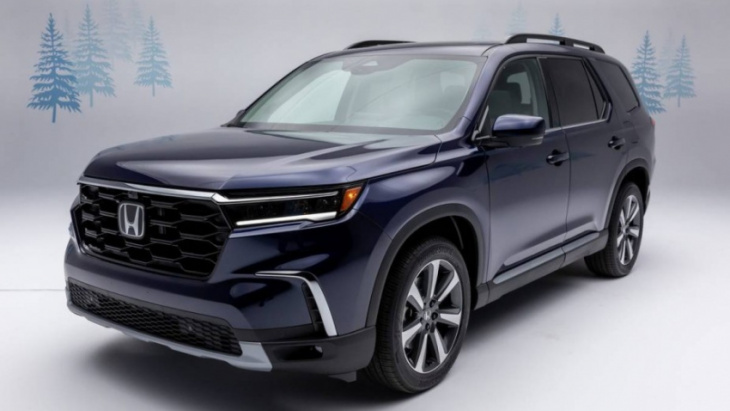 The 2023 Honda Pilot and 2023 Toyota Highlander offer similar features and qualities in terms of safety, tech, controls, and driving dynamics. The prices are comparable and the power gives you the same level of towing.

The differentiators for these two three-row midsize SUVs are interior space, powertrain options, and seating configurations. The Pilot offers the most interior space and the removable middle row, making the Honda SUV more convenient for most families. On the other hand, the Toyota Highlander has an efficient hybrid powertrain that the Pilot doesn’t offer.

Not content with just being a standard but comfortable hybrid hatchback, the all-new second-generation Toyota Aqua, which is the JDM name for the Prius C that was once sold in Malaysia, has been given the Gazoo Racing (GR) treatment. Just launched in Japan, the second-gen Aqua GR Sport (GR-S) ...