When shopping for a midsize sedan, it’s important to pay attention to certain features. Cabin space and tech features are important, but so is fuel economy. Two popular midsize sedan picks are the 2023 Honda Accord and Nissan Altima. But if you’re shopping between these two sedans, then which one will take you farther between fill-ups?

The 2023 Honda Accord has two fuel-efficient gas engine options The 2023 Honda Accord offers two gas-powered engines and a hybrid option, but we’ll get to that later. When shopping for an Accord, buyers can choose between either a turbocharged 1.5-liter engine or a 2.0-liter engine. As you can already imagine, those looking for the best fuel efficiency should choose the smaller engine.

According to the EPA, the best gas-powered Accord is the EX-L trim level with the 1.5-liter engine, which garners up to 30 mpg in the city and 38 mpg on the highway.

What kind of fuel economy does the 2023 Honda Accord Hybrid get? 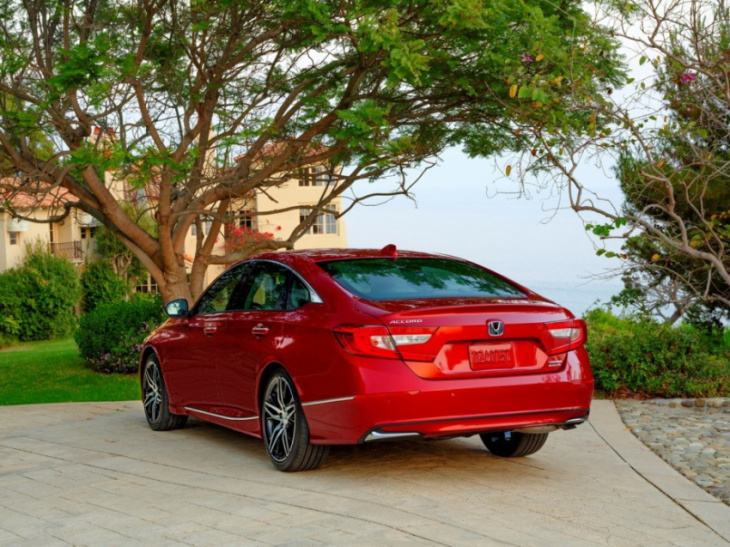 The 2023 Honda Accord Hybrid can get up to an EPA-estimated 48 mpg in the city and 47 mpg on the highway. That completely trumps each of the gas-powered engines when it comes to sipping fuel.. However, that mileage benefit comes with a power penalty as the Accord’s hybrid system puts out 212 hp.

The 2023 Nissan Altima is fuel-efficient in a different way 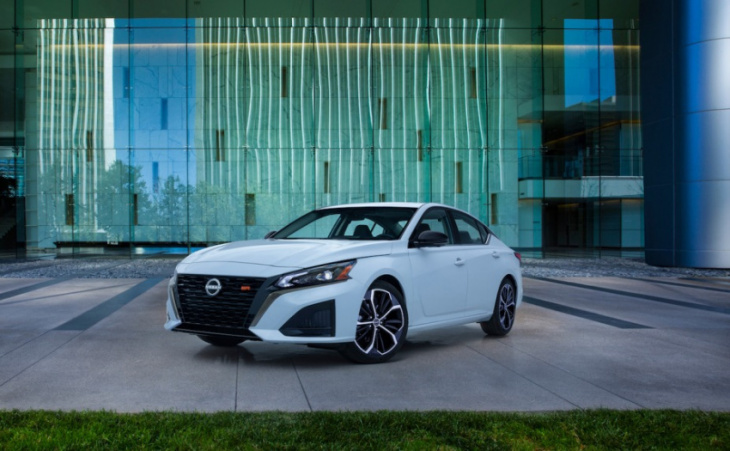 A white 2023 Nissan Altima sitting in front of a building. | Nissan

The 2023 Nissan Altima is a fuel-efficient sedan, but its engines sip fuel in a different way. The base engine is a naturally aspirated 2.5-liter, four-cylinder mill that contrasts the Accord’s turbocharged engine choices. As far as gas mileage, the base Altima engine can achieve up to an EPA-estimated 27 mpg in the city and 39 mpg on the highway.

The Altima has a more powerful engine option in the form of a turbocharged 2.0-liter engine with variable compression ratios. The variable compression allows the engine the be more efficient in different driving conditions and thus more fuel efficient. According to the EPA, this larger engine can achieve up to 25 mpg in the city and 34 mpg on the highway, which is better than the more-powerful Accord.

Which of these midsize sedans should you choose? 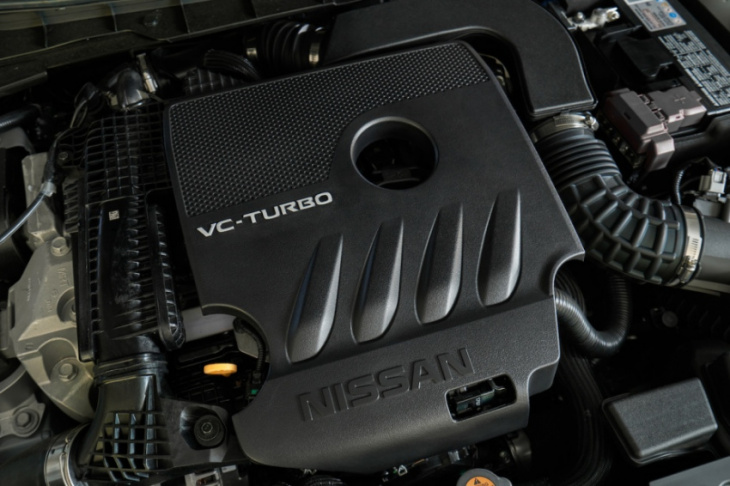 The VC-Turbo engine is found in the higher Nissan Altima trims. | Nissan

If you’re solely going by the numbers and want the most fuel efficiency from a midsize sedan, the 2023 Honda Accord Hybrid is the way to go. There’s no denying that getting close to 50 mpg is amazing, especially in a large sedan that can comfortably fit five adults.

However, if power and performance are high on your list, we suggest checking out the 2023 Nissan Altima with the turbo VC engine. That engine is connected to a CVT, which isn’t our favorite transmission, but it does put out a good amount of power for daily driving.

Keyword: 2023 Honda Accord vs. 2023 Nissan Altima: Which Sedan Is More Fuel-Efficient?