Eliminating confusion about trim levels is part of Ford’s marketing of the Escape as a “calm space.” 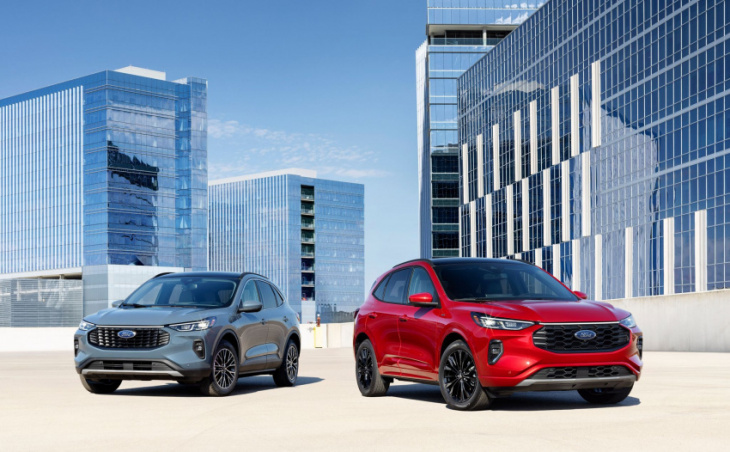 The star of that show from a sales perspective, however, is the Escape, which launched in tandem with the Mazda Tribute in 2001 and was part of the initial wave of crossover/utility vehicles that relied on unibody construction (for better car-like handling) while larger SUVs and pickup trucks used body-on-frame architectures.

The current-generation Escape has been in the market for two years, which means it’s time for a refresh to keep customers interested in a midsize crossover segment that is packed like a clown car with 28 entries—in the US alone. This is America’s most popular vehicle sector, with sales topping 2 million units through September. That’s more volume than pickup trucks—of all sizes.

The Escape does pretty well, but through the first nine months it trailed the Chevrolet Equinox, Honda CR-V, Mazda CX-5, and the best-selling Toyota RAV4. So the Escape product team set about to make incremental upgrades in this mid-cycle refresh.

For model year 2023, the entire front end is new, from the base of the windshield forward. The LED headlamps are less rounded and more aggressively styled, and a distinctive light bar now stretches the full width, illuminating the front edge of the hood. The new grille opening is larger, more three-dimensional, and now holds the blue oval in the center, while on the ’22 model it rested on the hood above the grille.

In broader terms, the front end of the ’22 Escape looked like a pleasant face, but the reskinned ’23 Escape has the furrowed brow and angry eyes of someone in a contentious business meeting. It works. 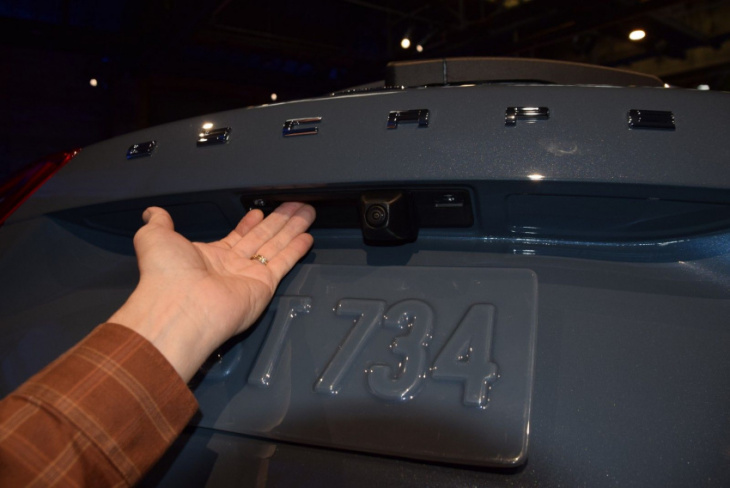 At the rear, a handle on the ’22 model protruded from the lower liftgate for raising it, but the new model hides that button under the lip that extends above the license plate, making for a cleaner, streamlined liftgate design. The taillamps have also been restyled, and the rear spoiler is larger now.

From the side, both model years look identical in terms of sheetmetal and overall form, but there are new 19-inch machine-faced Ebony painted wheels on the ’23 Escape ST-Line Elite upgrade package that gains prominence in the new model year.

The ST-Line is part of a massive rejiggering of the Escape trim walk. In ’22, Ford offered the Escape in S, SE, SEL, and Titanium trim. Customers complained that “S” monikers were just letters that didn’t convey where they stood on the pricing sheet.

So the ’23 Escape now begins at the Base trim, then steps up to Active trim, then the ST-Line (Select and Elite), and then Platinum and Plug-In Hybrid. 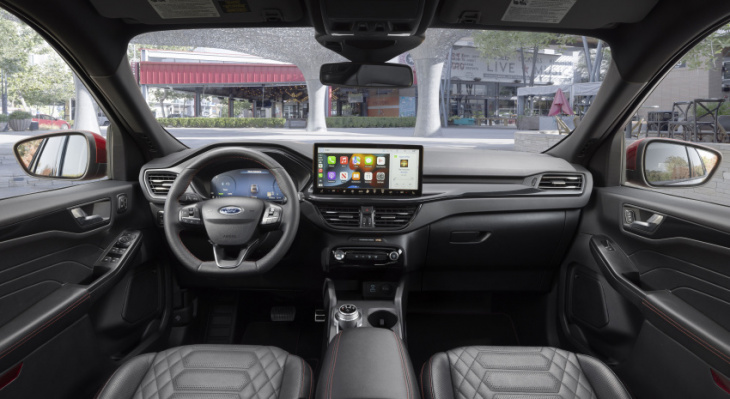 Ford expects the sporty ST-Line to make up 50% of Escape sales volume, partly due to a more attractive pricing model: An upgraded ST-Line model (with black rims, red stitching, and flat-bottom steering wheel) will cost an extra $995, while an appearance package added to an SE or SEL model in ’22 would have cost about $1500.

All the hard climate-control buttons are digital and have been moved to the base of the new larger display screen.

This attempt to eliminate confusion about trim levels fits into Ford’s marketing spiel of positioning the Escape as a calm space offering a respite from the outside world. Along those lines, the new instrument panel is much less cluttered now that all the hard climate-control buttons are digital and have been moved to the base of the new larger display screen positioned atop the instrument panel. The overall look is cleaner.

In ’22, the main central screens were 4 inches diagonal in base models, with an 8-inch upgrade. For ’23, the 8-inch screen becomes standard, and an enormous 13.2-incher is standard on Platinum and PHEV models and is optional on ST-Line offerings.

The infotainment behind those screens was driven by Ford’s Sync 3 platform in ’22, but the ’23 refresh moves up to Sync 4 with better graphics, split-screen capability, more customized views, and improved voice controls.

Ebony will remain the most popular interior color for the Escape, but Space Gray represents a new interior shade, in place of Sandstone. Leather is available with top trims. And there are two new exterior paint colors: Cinnabar Red and Vapor Blue (pictured below). 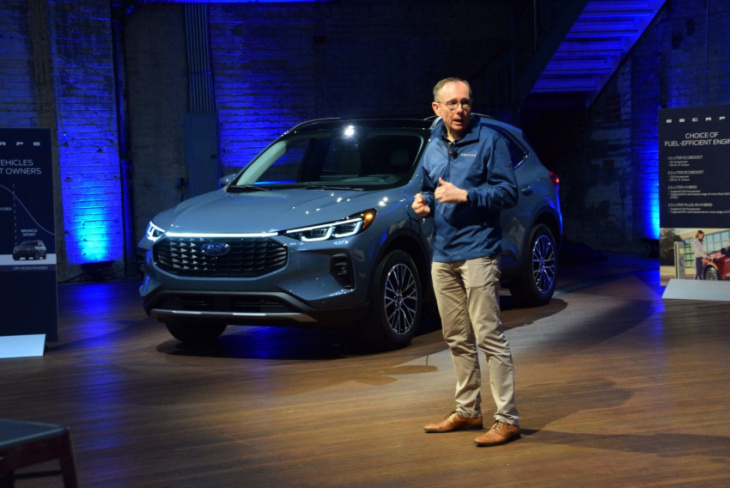 The ’23 Escape is available to order now and will reach dealerships early next year. Ford will continue building the crossover at its plant in Louisville, Kentucky. Pricing information will be available closer to launch.

As the curtain closes on the year, it usually signals carmakers putting promos, rebates or discounts on the table. Sime Darby Auto ConneXion (SDAC), the sole distributor for Ford in Malaysia, has thrown its hat in the ring with its year-end and Chinese New Year service promo that runs ...

The road to full electric mobility is paved with innovation, a lot of demand, and tons of hard work. This is something that Ford seems to be learning with the Mustang Mach-E, as the company just produced the 150,000th unit of the all-electric crossover. That’s not a bad number ...