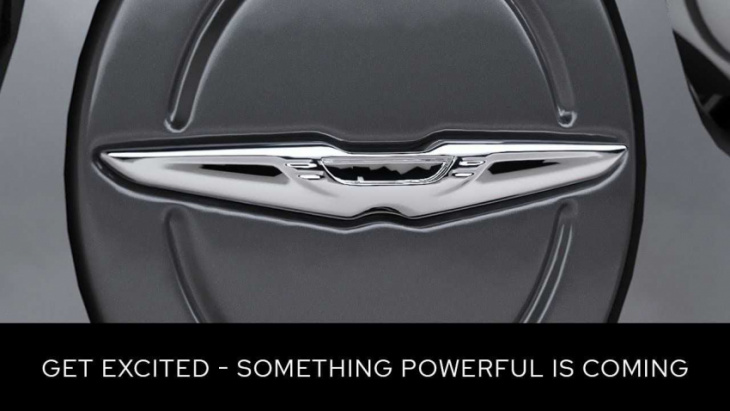 The Chrysler 300 is on its way to a well-deserved retirement as 2023 is expected to be the fullsize sedan’s final year. It’s going out with a proverbial bang by featuring a more powerful engine over the standard model’s 5.7-liter HEMI V8 with 363 hp (271 kW) and 394 lb-ft (534 Nm). The teaser campaign has strongly suggested the 300C will be coming back as a limited-run special edition.

The wraps are coming off later today and Chrysler claims “something powerful is coming.” From previous teasers, we’ve learned the 300C will be available in limited quantities, which makes sense since it’ll likely be a 2023MY-only product. It’s the first 300C version of the big sedan’s second generation, but we wouldn’t hold our breath for the Hellcat treatment.

Realistically speaking, the 2023 Chrysler 300C could feature the 6.4-liter HEMI V8 from the Charger Scat Pack where it’s rated at 485 hp (362 kW) and 475 lb-ft (644 Nm). It remains to be seen whether these output figures will be carried over, but we don’t see a reason why they shouldn’t. As a side note, the mechanically related Dodge sedan is also bidding adieu after the 2023MY, but not before a series of “Last Call” models.

Upgraded Brembo brakes have already been revealed in teasers leading up to the 300C’s debut today on the eve of the 2022 North American International Auto Show. Chrysler has likely tweaked the suspension as well for sharper handling, along with installing a more aggressive-sounding exhaust to earn that “C” badge. Much like the Charger Scat Pack, an eight-speed automatic will likely route the engine’s power to the rear wheels.

As to how much it will cost, prepare to pay a premium over the 300S V8 available for the 2022MY from $45,350. Considering all the mechanical and visual upgrades, limited production run, and 2023MY being the final year, the asking price could significantly exceed the $50,000 threshold.

Should Chrysler have done more to send this out with a bang? To wrap up the final production year of the current Chrysler 300 and celebrate the nameplate’s 70-year history, Chrysler will release the 2023 Chrysler 300C, marking a return of Hemi power to the lineup. Some people and especially ...


View more: Chrysler says goodbye to the 300C... with a Hemi, of course

Is That It? Would I Drive One? Would I Choose This Over a Charger or Challenger SRT? What Does the 300C Mean for the Future of Chrysler? While sibling Dodge is sending off its LX-platform Challenger and Charger to the farm with a series of seven special editions, Chrysler ...

3 Reasons to Buy a 2022 Honda Odyssey, Not a Chrysler Pacifica

4 Reasons to Buy a 2022 Kia Carnival, Not a Chrysler Pacifica