2023 Chevy Bolt EUV Safety and ADAS Features: Everything You Need to Know

The 2023 Chevy Bolt EUV is an excellent, affordable EV option for folks who want an EV with a good range and a large number of features. This is especially true regarding safety features, as Chevy gave the Bolt EUV numerous advanced driver assistance systems or ADAS. Here’s a look at the 2023 Chevy Bolt EUV and all the ADAS features that are either standard or optional.

An overview of the 2023 Chevy Bolt EUV 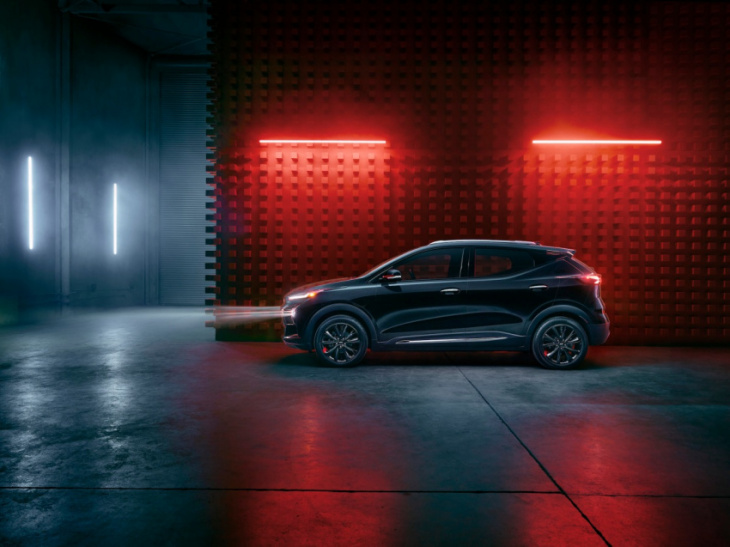 One of the most significant changes Chevrolet gave the Bolt EUV for the 2023 model year came from a massive $6,000 price cut. Chevy’s also refunding some folks who bought the 2022 version for the price difference.

The Bolt EUV starts at about $27,000 before tax credits or incentives. Even at that price point, the Bolt EUV offers some good specs and features. Its electric motor gets 200 hp and 266 lb-ft of torque, allowing the Chevy EV to accelerate from 0 to 60 mph in just 7 seconds.

The 65-kWh battery that Chevy gave it also allows it to get a max range of 247 miles. Since the Bolt EUV is a larger version of the regular Bolt, it’s also more spacious. It has a max cargo capacity of about 56.9 cu-ft.

Here are the 2023 Chevy Bolt EUV safety and ADAS features

According to Chevrolet, the Bolt EUV comes with many ADAS. This is because the Chevy Safety Assist package is standard and gives the car a long list of ADAS. This safety package includes common ADAS such as forward collision warning, automatic emergency braking, and a pedestrian detection system. These features use sensors to see in front of the car and then apply the brakes if needed.

Lane keeps assist, lane departure warning, a following distance indicator, and automatic high beam headlights are also included in the Chevy Safety Assist package. With the help of sensors, these ADAS can help drivers with things like staying in their lane or maintaining a safe distance from the car in front of the Chevy.

Some optional ADAS can be added onto the standard Bolt EUV, and they come as standard on the Premier trim. These optional features include adaptive cruise control, lane change alert, rear cross-traffic alert, and blind spot monitoring. These features can help folks be aware of their surroundings, and adaptive cruise control can help drivers deal with highway traffic easily.

Adaptive cruise control is standard on the Premier trim, but folks who want something extra can choose to pay $2,200 for Super Cruise. This ADAS is a more advanced form of adaptive cruise control, and it adds more sensors to the Bolt EUV that helps it accomplish its job. It’s not available with the standard trim of the Chevy, so folks must choose the Premier trim to even have access to it.

Super Cruise is developed by General Motors and is GM’s take on semi-autonomous self-driving systems, similar to Tesla’s Autopilot or Ford’s BlueCruise. In addition to the sensors already on the Bolt EUV, Super Cruise uses cameras, lidar maps, and GPS data to drive the car. That said, like with similar technologies, drivers should still pay attention to the road even when Super Cruise is activated.

Keyword: 2023 Chevy Bolt EUV Safety and ADAS Features: Everything You Need to Know