BYD’s Seal has come ashore, with a right-hand drive version of the Tesla Model 3 rival spied testing in Australia ahead of its launch this year.

The 2023 BYD Seal was snapped by a member of the BYD EV Owners Australia Facebook group in New South Wales.

The electric sedan appears to be finished in a greyish blue, though much of it is wrapped in camouflage. A closer look reveals it rides on Continental SportContact 235/45R19 tyres.

Luke Todd, CEO and managing director of BYD distributor EVDirect, confirmed to CarExpert in December that the BYD Seal will launch in Australia in the second half of 2023. 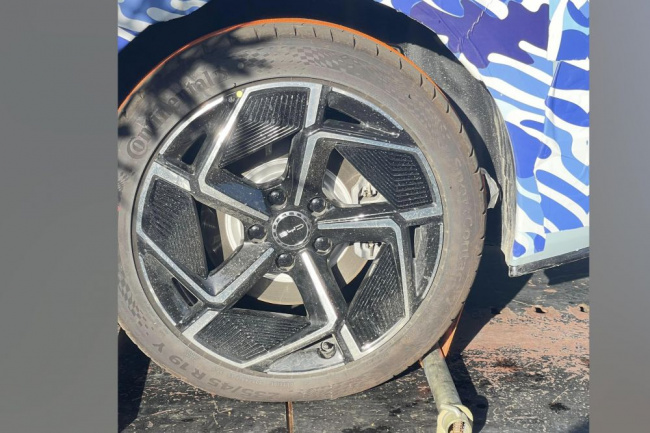 The exact date for when orders for the Seal open will be announced in February, according to Mr Todd.

The BYD Seal had previously been mooted for a late 2022 or early 2023 launch.

Few Australian details about the BYD Seal are confirmed thus far, but it will likely have a different name locally, according to Mr Todd, as Seal is what it’s called in the Chinese market.

The Atto 3, for example, is known as the Yuan Plus in China. 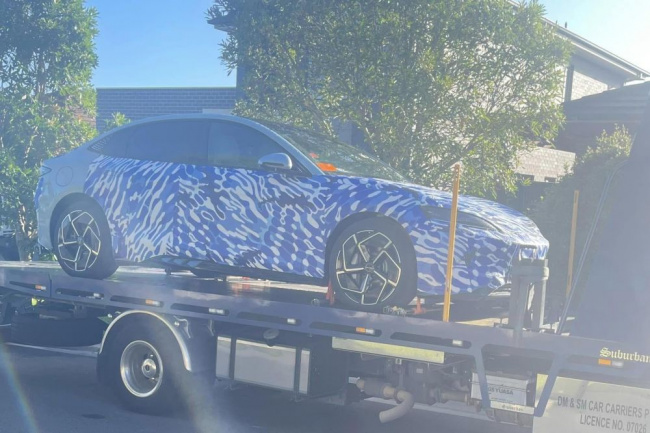 The Atto 4 name has been previously speculated, but no name for the Australian market has been announced yet.

The BYD Seal will slot above both the on-sale Atto 3 SUV and forthcoming Dolphin hatchback (due in the first half of 2023) in the local line-up.

It’ll be priced above the Atto 3, according to Mr Todd, which currently caps out at $51,011 before on-road costs for the Extended Range model. 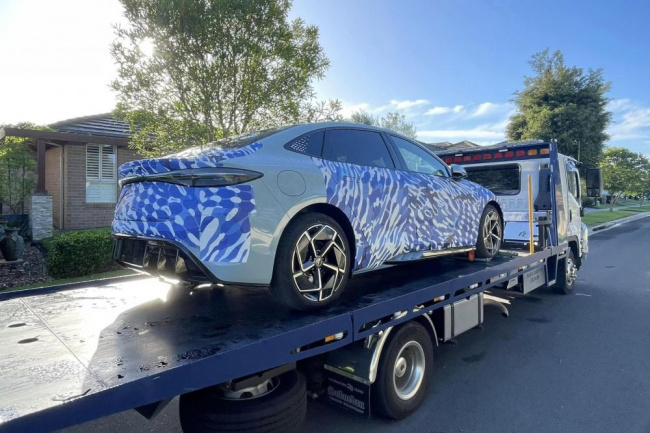 The Chinese-market Seal range opens with a single-motor rear-wheel drive powertrain, producing 150kW of power and 310Nm of torque and boasting a 0-100km/h time of 7.5 seconds.

This uses a 61.4kWh blade battery and has a claimed range of 550km, albeit on the lenient CLTC cycle. 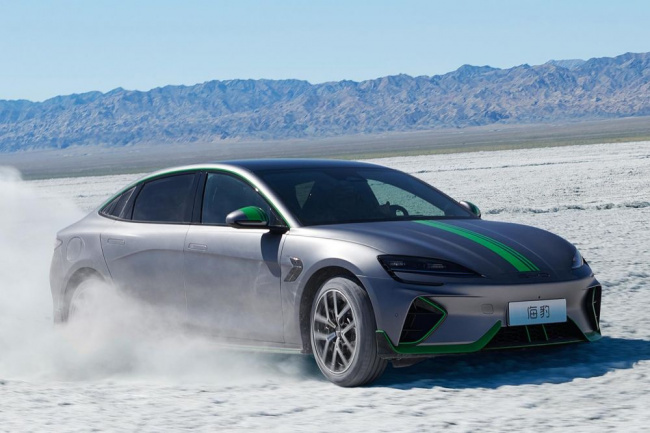 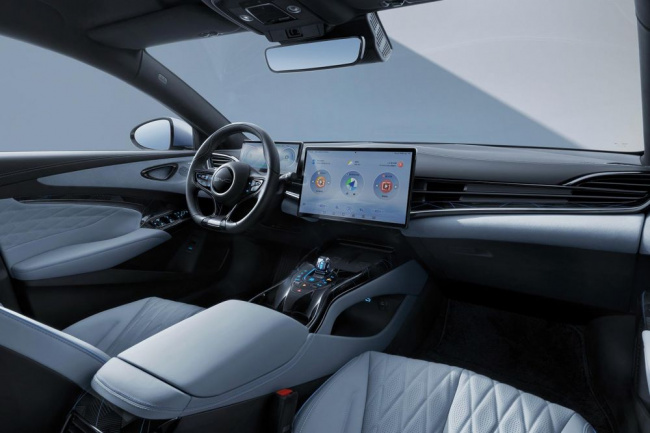 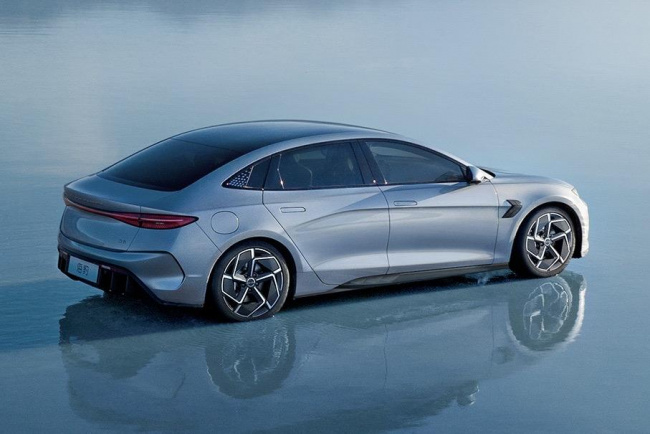 It features a double-wishbone front and five-link independent rear suspension.

Following the launch of the BYD Seal, Mr Todd recently announced it will launch an electric ute in 2024, which will serve as a competitor to the LDV eT60, plus the JAC T9 EV and (potentially) Geely’s Radar RD6.

‘New energy vehicle’ brand BYD is currently expanding at a rapid pace, rolling out its EVs in Europe, Japan, and Australia – where its Atto 3 small SUV is selling in strong numbers after a few launch speed bumps. 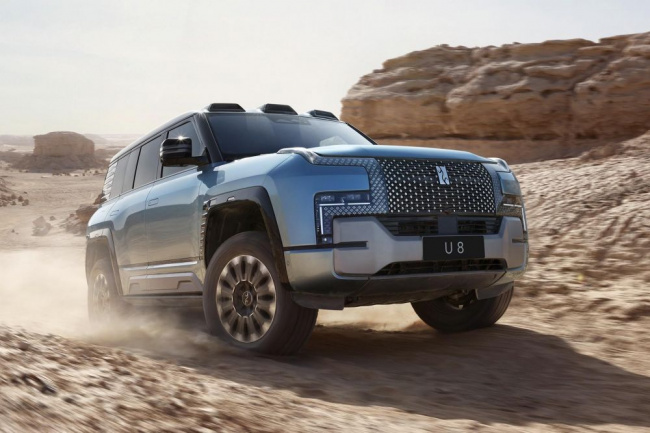 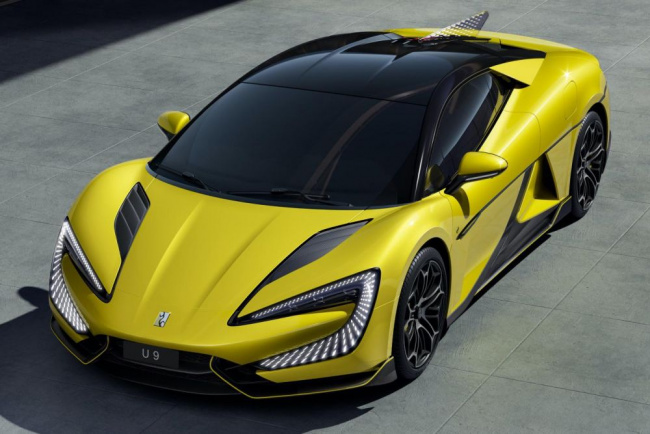 BYD recently revealed a Mercedes-Benz EQG-rivalling electric SUV, the U8, which will fall under the Yangwang brand, but Mr Todd said there are no plans to bring it to Australia in the immediate future. The Yangwang brand will also debut with the U9 electric supercar.

The Chinese carmaker also plans to launch “another new brand” which will specialise in “professional and personalised identities, covering family cars and luxury cars”.

“The brand will harness the co-creation with users and warmly welcome all the franchised dealerships to join BYD for its promotion,” it added, suggesting the cars with higher degrees of personalisation.

If you aren’t fully in tune with the Indian automotive scene, the BYD Atto 3 may seem unfamiliar. But far from being an outlier, the Atto 3 has been a crucial cog in BYD becoming the world’s largest EV maker. This electric SUV is the first of its models to ...

The longstanding Focus and Fiesta nameplates were the first casualties of the EV drive at Ford of Europe, now news is emerging the automaker will soon unleash a big wave of redundancies and sell its Saarlouis, Germany factory. The German IG Metall union has told Reuters Ford is considering axing ...

Image: Al Vucetic BYD made a big splash in the Australian electric vehicle market, with the all electric Atto 3 SUV finishing as the third best-selling EV in Australia, and the best selling non-Tesla vehicle with more than 2,000 sales. Now its highly anticipated sedan, another big Tesla challenger ...


View more: BYD Seal all electric-sedan spotted in Australia ahead of local launch

BYD’s local distributor EVDirect is launching a new business that will come to the rescue of electric vehicles that have run out of charge. Called EV2U, the company will have a fleet of vans that can be dispatched to provide a small amount of charge to a flat EV – ...

Image: MIIT BYD has climbed the ranks quickly in Australia with the Atto 3 coming in as the third best-selling EV in 2022. It was also Australia’s most affordable ground-up EV.  In 2023, the brand has even bolder ambitions with the launch of more affordable models, including an extremely ...

Two of the automotive segment’s most prolific electric vehicle makers may be preparing to establish their presence in Indonesia soon. As per a statement from a senior cabinet minister on Tuesday, Indonesia is closing in on agreements with both Tesla and BYD for electric vehicle facilities in the country. ...

BYD's Latest SUV Can Moonwalk Across a Stage

Tesla, BYD estimated to account for 68% of LFP batteries deployed from Q1-Q3 2022

BYD to open 40 showrooms in Malaysia by 2024, starting with TREC KL

Electric hatchbacks are on their way: BYD Dolphin spotted again in Sydney

BYD Frigate 07 launched for China, but could the plug-in hybrid SUV come to Australia?

BYD will be launching the Myvi of EVs next year - meet the BYD Dolphin!