The refreshed roadster goes on sale in the US in November. 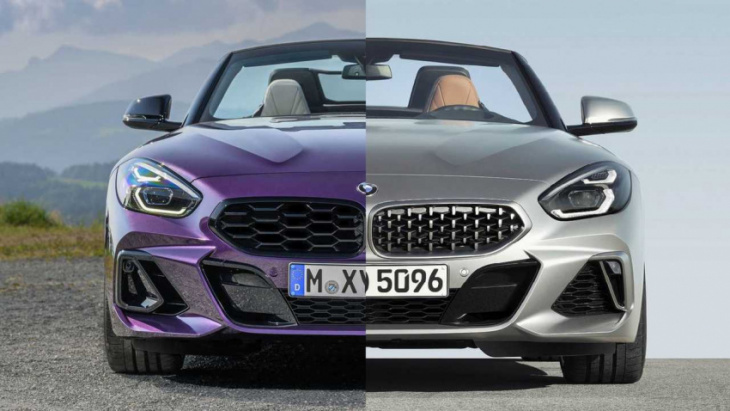 The 2023 BMW Z4 goes on sale in the United States in November this year and if you are considering getting one, you should probably know what are the differences between the refreshed model and the pre-facelift version. Not much has changed, though the roadster features some notable visual changes that should keep it fresh for another two or three years on the market. The Z4 could be discontinued after 2025 but for now, it is here in a revised and more appealing form.

We have prepared this quick visual comparison between the 2023 Z4 and its predecessor for you to see the changes in detail. In all of the examples below, the new Z4 is on the left, and the previous model is on the right. 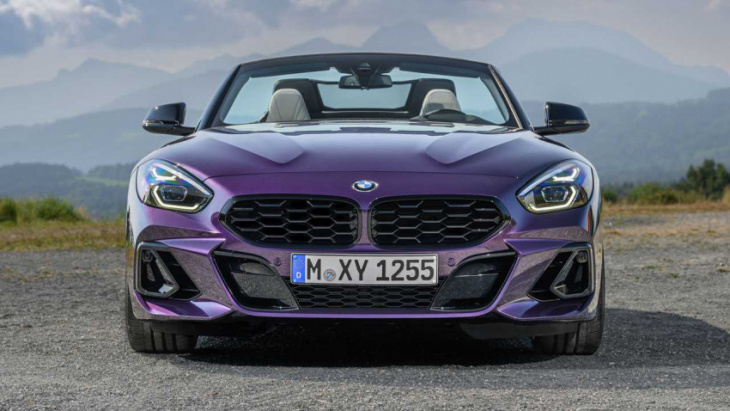 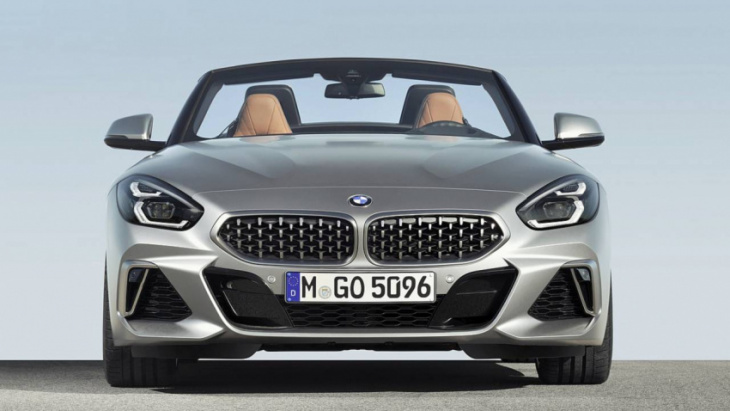 The front fascia is where most of the visual tweaks can be seen. The headlights carry over without modifications but nearly everything else is changed. The grilles now have a new hexagonal pattern, which makes them look bigger while in fact, the size hasn’t changed. The position of the fog lamps is also unchanged, though their form is new. The additional lights are now surrounded by different-looking bezels. Making debut for the 2023 model year are the M Shadowline lights, which come as an option for the optional adaptive LED headlights. 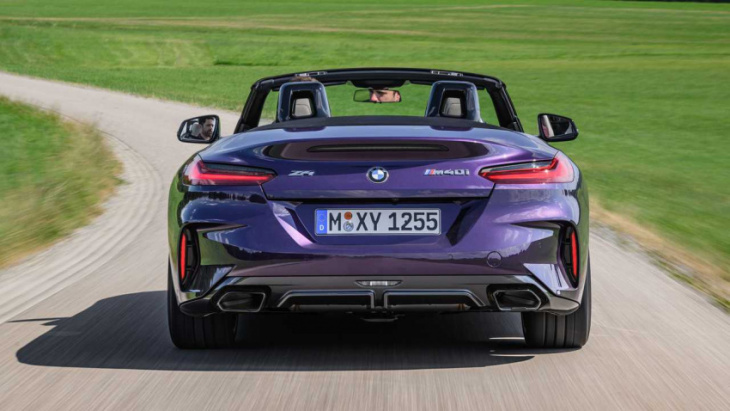 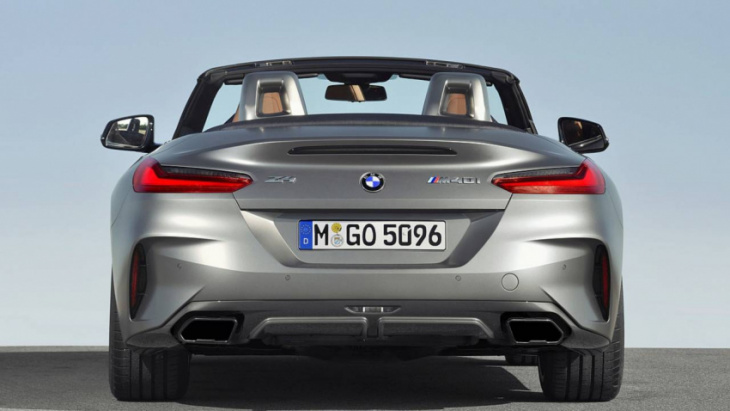 The changes at the back are minimal. The overall layout carries over but the lower section of the bumper where the exhaust pipes are integrated is now finished in gloss black. Before the facelift, this area was finished in the same hue as the body depending on the grade. The taillights and exhausts are unmodified. 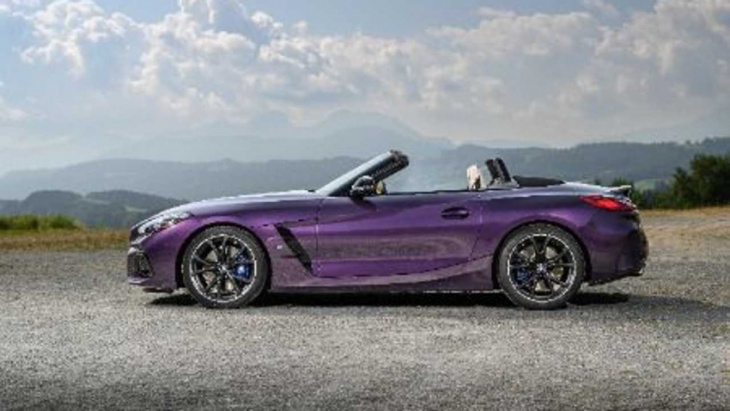 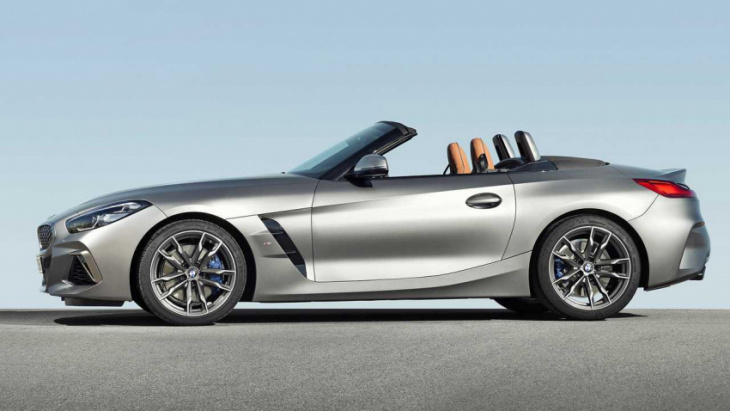 The 2023 Z4 is a mid-cycle refresh for the roadster, which means the side profile hasn’t changed. There are new exterior colors and wheel designs and finishes, however, giving the vehicle a fresher look. The new paints include Thundernight metallic, Portimao Blue metallic, and Skyscraper Grey metallic, which are part of the Z4’s color range for the first time. There’s also a new set of optional 19-inch M wheels. 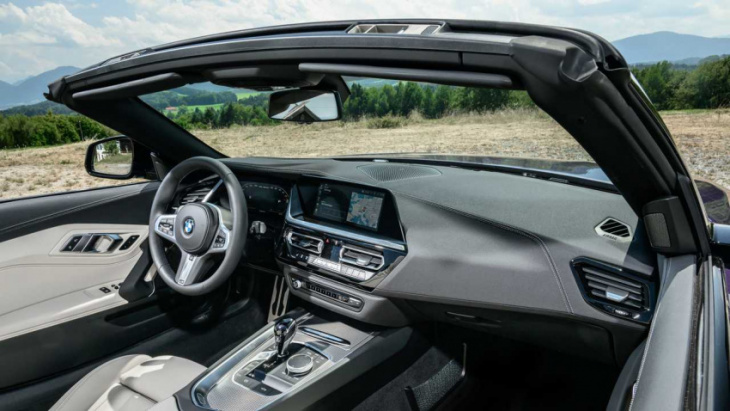 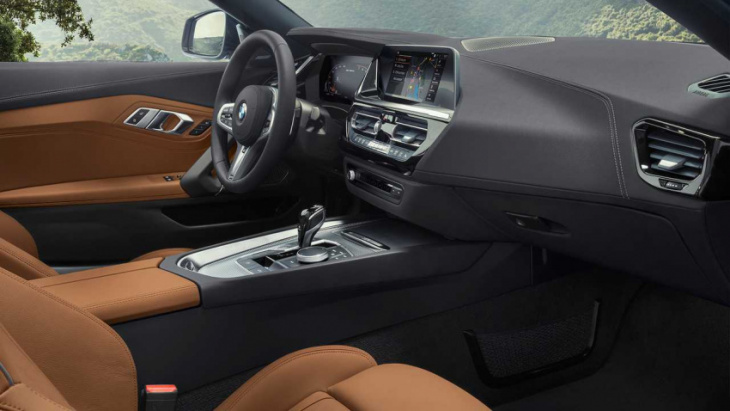 BMW has kept the changes inside the cabin down to a minimum. The interior gets new material choices and color options depending on the trim level. In the United States, the new standard M Sport package for the Z4 sDrive30i comes with sports seats, an M leather steering wheel, M pedals and footrest, and a dashboard upholstered in SensaTec leather, as seen in the left photo above.