It’s a hotly anticipated machine; any BMW M2 should strike fear in the hearts of joyful, short-wheelbase driver’s cars everywhere. Still, BMW updated its 2 Series lineup, and we’re all ready for an all-new 2023 BMW M2. So, what’s up with the track-ready diminutive dynamite on the smaller side of BMW’s offerings?

How powerful will the new M2 be?

Originally, Car and Driver believed that the upcoming 2023 BMW M2 would have at least as much power as the previous M2, namely 405 horsepower. That’s good news for any fan of the short-wheelbase track-day fun factory. However, CarScoops reports that the power figure will be a manic 453 horsepower per a dealer bulletin. Not just that, but the baby Bimmer will produce its serious power via BMW’s S58T twin-turbocharged 3.0L six-cylinder engine. 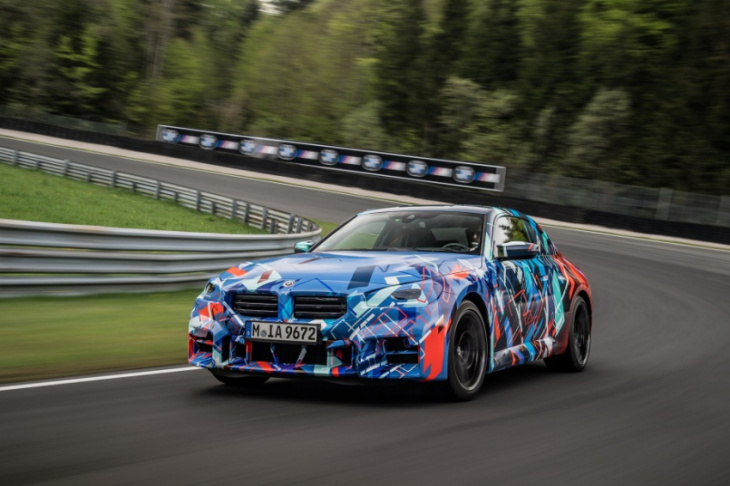 That’s the same powerplant the Bavarian marque uses in its M3 and M4 Competition. As a result, it’s safe to assume that the new M2 will be fast, but it will also be a musical machine.

Although it appeared that BMW would offer the M2 exclusively in rear-wheel drive (RWD) like the previous model, Motor1 says that leaked BMW documents indicate the little 2023 M2 will incorporate an xDrive all-wheel drive (AWD) system. Furthermore, it’s likely that the same AWD system from the marque’s M4 Coupe xDrive will be the unit residing in the baby Bimmer. However, that could be bittersweet news. 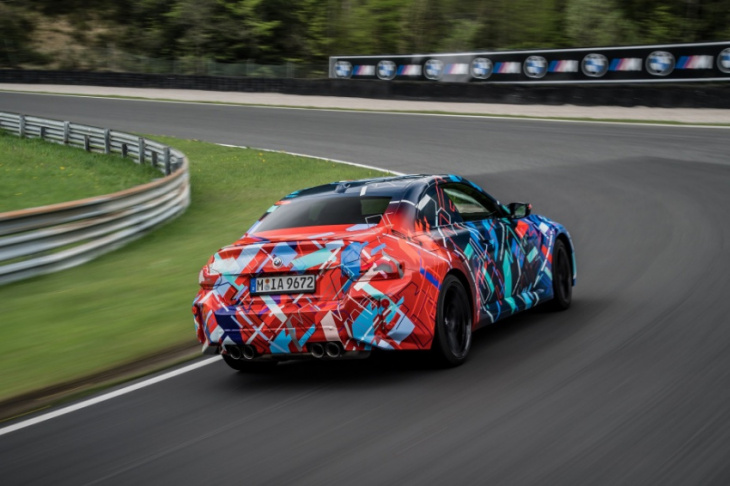 The previous M2 was a tail-happy driver’s car with as much character as it had track credentials. Is the new M2 going to live up to that silliness, or will it be a scalpel-sharp and robotic indication that the days of unreason are over for M cars? One thing is for sure; the new M2 will be seriously quick. It will have to be to outrun the already-swift M240i and its 3.6-second sprint to 60 mph.

Will the new 2023 BMW M2 have a manual transmission?

Fans rejoice; Car and Driver says the upcoming M2 will likely retain a six-speed manual transmission option. However, drivers will also have a choice of an eight-speed automatic. The prospect of a 453-horsepower M2 with xDrive and a quick-shifting eight-speed automatic may irritate drivers who prefer to row their own boats, but it’ll almost certainly return faster acceleration times than a manual-equipped M2. 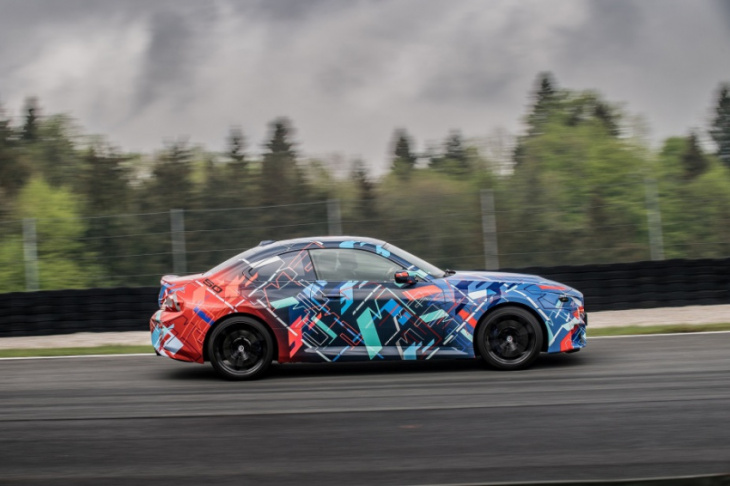 Shoppers can rejoice, the M2 is coming back, and it’ll go on sale in the spring of 2023. However, if the new car takes most of its styling cues from the current 2 Series, it will leave something to desire aesthetically. Scroll down to the following article to read more about BMWs like the 2 Series!