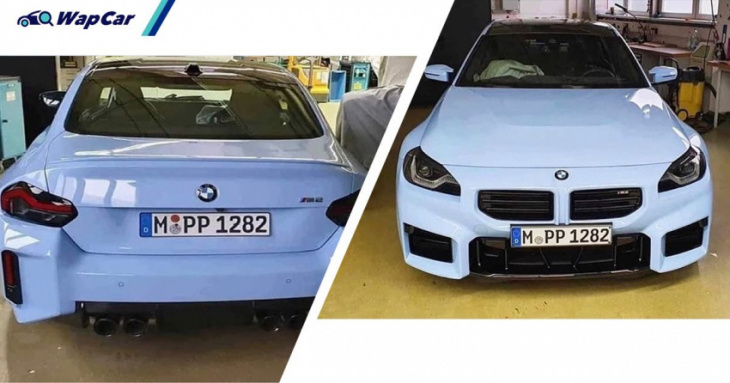 One must wonder if has foregone designing their cars to look good and have simply started using rulers. Leaked images of the upcoming G87 2023 BMW M2 certainly suggest the latter.

But squint your eyes just a little bit and tell me if you see a boxy mess or design imprints of the Godlike BMW E30 M3. 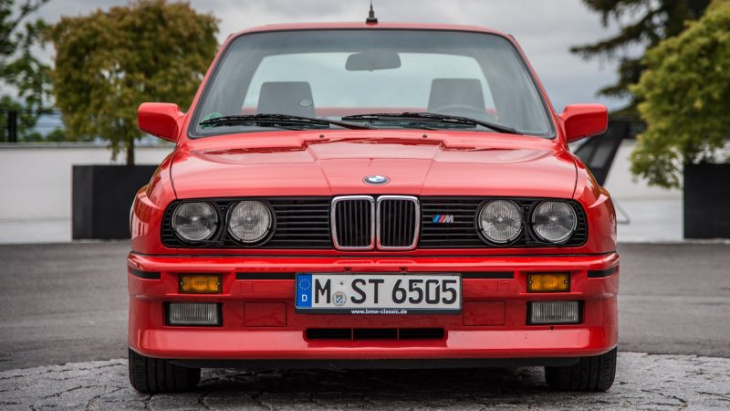 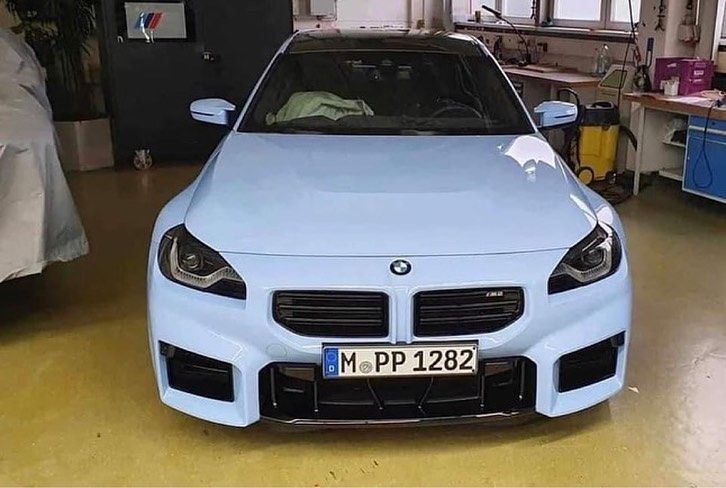 From the three leaked images, the visual additions to the M2 over the 2022 BMW 2 Series show a comprehensive redesign of the front bumper with squared-off kidney grilles, flanked by different headlights from the regular 2 Series.

Though the M2 shares a similar DRL light signature and circular projectors (said to be inspired by the BMW 2002), the headlight enclosure is boxier and stops short of meeting the grilles in the centre. 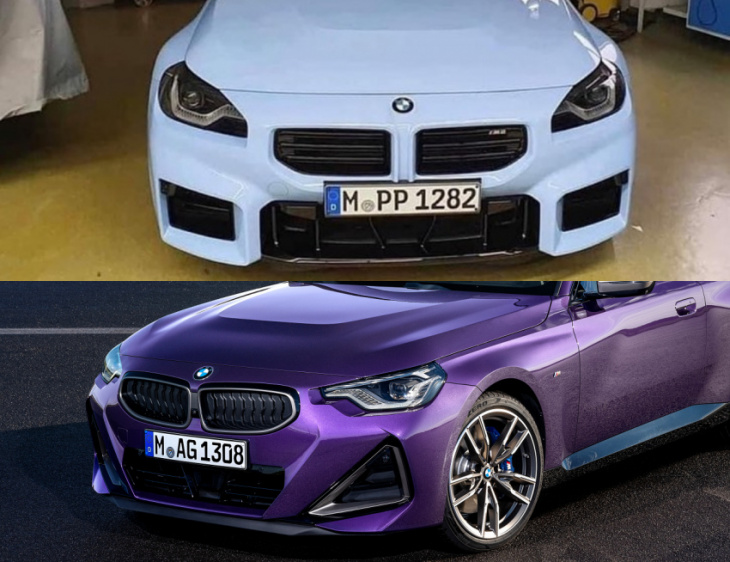 Further down, the bumper features three massive intake ducts which again are less angular than the 2 Series.

Along the flanks, things are more familiar with the only visible difference being the gloss black wheels. Look closely and you’ll also see the standard fit carbon fibre roof. 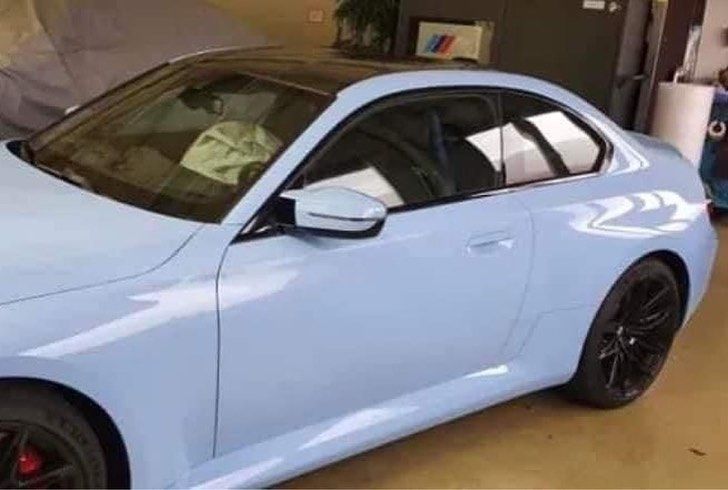 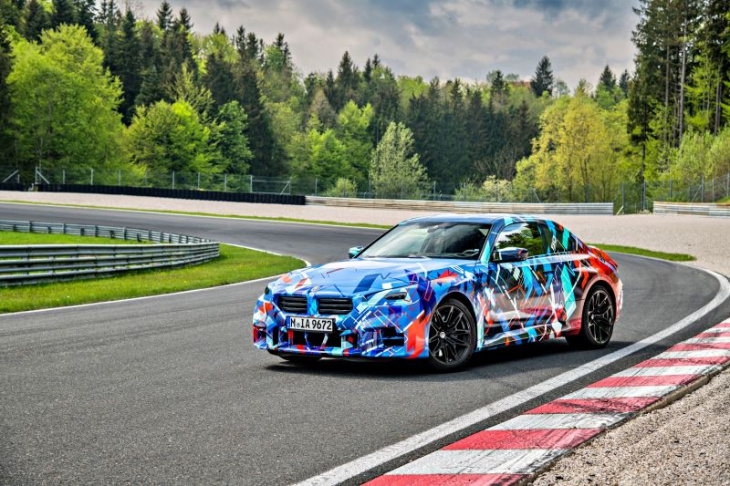 Perhaps the most divisive design element is the rear bumper, which features elongated sections at both sides, flanking a central diffuser with quad tailpipe finishers in the centre. Elsewhere, the taillights and rear boot pretty much look the same as the regular 2 Series. 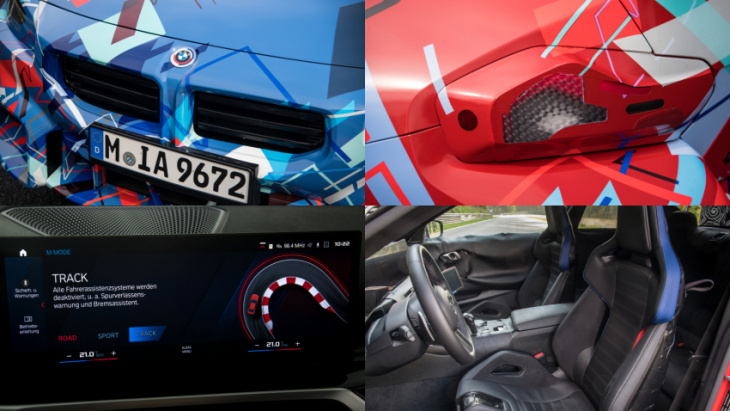 Slated to debut in October, the 2023 BMW M2 will feature the same S58 twin-turbocharged 3.0-litre straight-six which develops between 473 PS and 503 PS depending on specification. The 2023 M2 will be offered with two transmission options, a manual 6-speed or 8-speed M Steptronic gearbox.

The rear-wheel drive only 2023 M2 will also feature, several M division chassis improvements, as well as a brake system that is lifted directly off the . 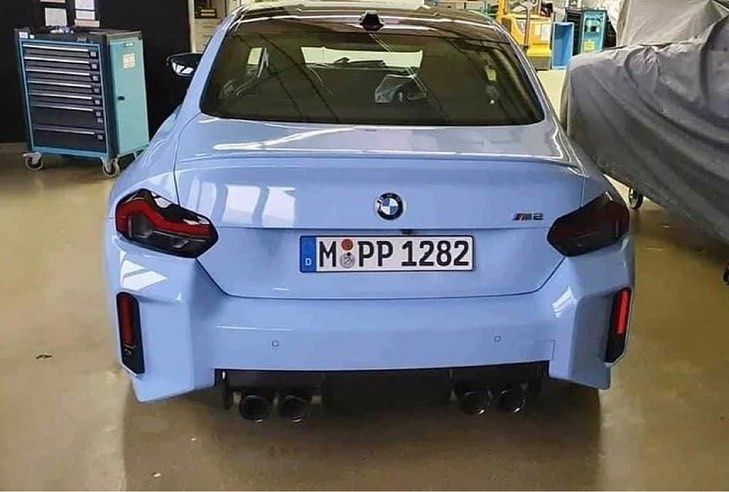 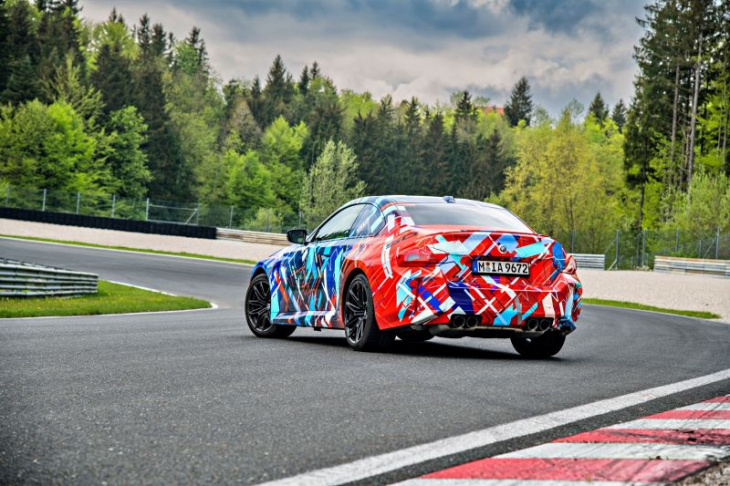 The 2023 BMW M2 is in the final stages of testing and is scheduled to go on sale starting April 2023.