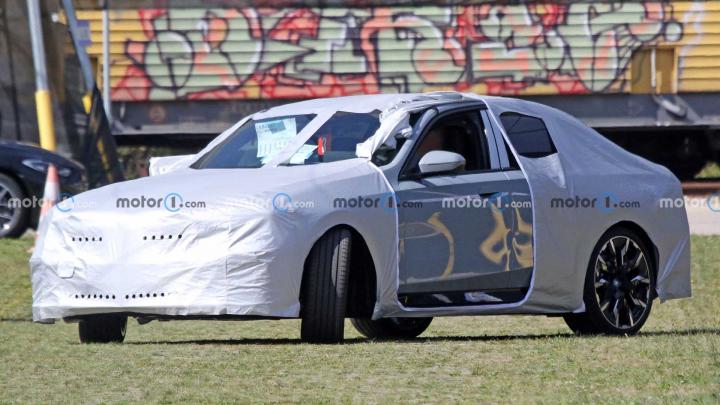 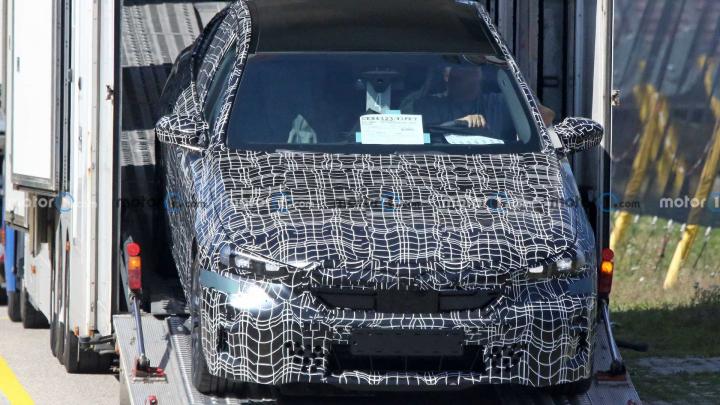 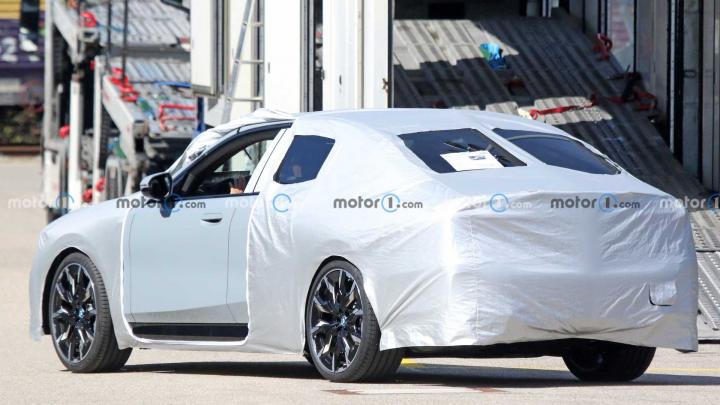 BMW is also working on the next-gen BMW 5 Series, which will be offered in petrol, diesel and plug-in hybrid variants.

Prototypes of the upcoming all-electric 5 Series, the i5 sedan, have been spied ahead of its global unveil.

The first prototype can be seen wearing a car cover rather than camouflage, indicating it could be the final production-spec version. However, the car cover obscures the entire car, revealing little to no details of the electric sedan. Reports suggest that this could be the entry-level i5 40 variant.

The second prototype wears conventional camouflage, revealing a bit of the body lines, sleek LED headlamp clusters and other details. The spy images also reveal a closed-off grille section with the outline of the M badge. The windshield tag, however, gives away the i5 M60 model designation.

While BMW is yet to reveal the official powertrain details, reports do suggest that the top-spec i5 M60 variant could be offered with around 590 – 600 BHP.

BMW is also working on the next-gen BMW 5 Series, which will be offered in petrol, diesel and plug-in hybrid variants.

The German car brand could unveil the all-electric i5 sedan either by this year-end or in early 2023.

Keyword: 2023 BMW i5 all-electric sedan spied ahead of unveil