The reborn Integra has divided plenty of people...including our own staffers. 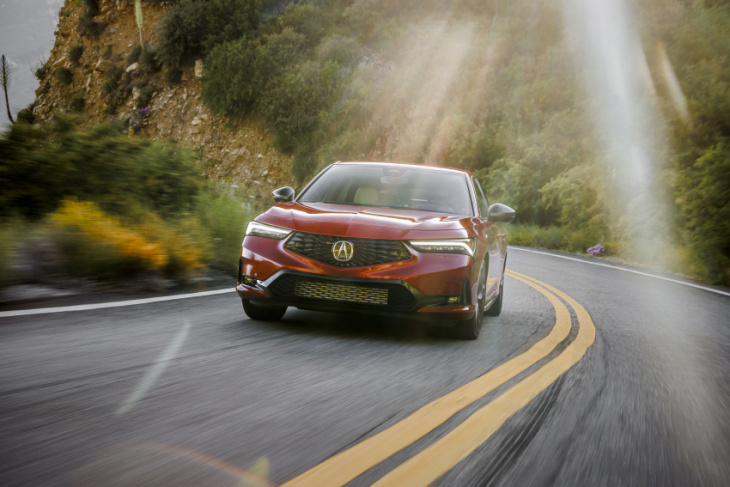 The Honda Civic Si is excellent to drive. But amenities and comfort come in on the spartan side. The all-new 2023 Acura Integra, a Civic Si with that little bit more luxury, sounds like the perfect formula — one that’s a bit sexier of an entry point for the brand than the outgoing ILX sedan. And the Integra is far more attainable than Acura’s previous sporty standard bearer, the $170,000 NSX.

Paper perception does not always equal reality, however. There are places where Acura did not go far enough with the Integra, which makes it hard to offer a full-throated recommendation. Still, while usually our reviewers tend to be more or less in accord on most vehicles, the 2023 Integra proved divisive enough to stir up debate — which we’re bringing to you.

Point: The Acura Integra is expensive 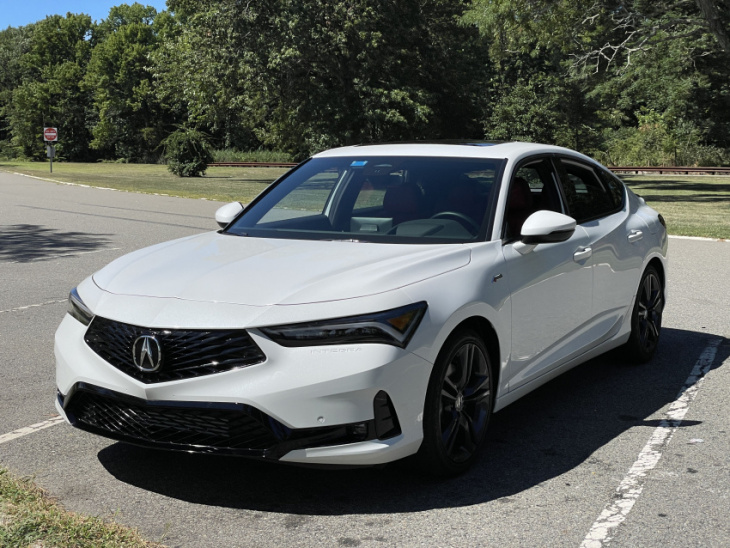 Sure, the Integra starts for around $31,000. But if you want the manual transmission — why anyone would buy this car with a CVT is unclear — you must buy the top-tier A-Spec with Technology package, which starts at $35,800 — $8,200 more than a Civic Si. Bump that up to $36,800 if you want floor mats and a paint color that isn’t Lunar Silver Metallic. That, of course, does not include the $1,095 destination charge.

At that price tag, there are much sportier options. We’re approaching the point where you can buy a Volkswagen Golf R or — we suspect — a new Honda Civic Type R. Those cars both have — we suspect — 100 more horsepower, and in the Golf R’s case, AWD. The Nissan Z doesn’t have the previous branding. But it doesn’t start for much more at $39,990 and delivers 400 more horsepower with a 3.0-liter V6. That’s twice as much power. —Tyler Duffy

Counterpoint: It’s not that expensive in context 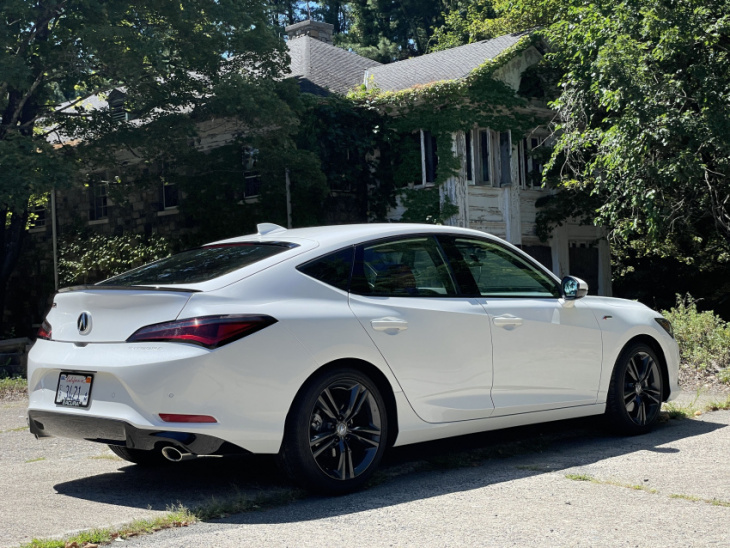 Cars like the Integra aren’t simply about bang for your buck. In fact, the Integra isn’t about that at all. It’s about delivering real-world kicks, from the way it feels to snikt through the sharp-shifting gearbox to the way it puts the power down nicely through turns thanks to its limited-slip diff. Besides, how many people are actually comparing two-door sports cars to sedans? The only things a Nissan Z and an Integra have in common are an available six-speed manual and Japanese parent companies.

And in today’s car market, $37,895 doesn’t go as far as you might think. It’s not the Golf R that comes closest to the maxed-out Integra in terms of price; it’s the GTI’s top trim level, the Autobahn version, which starts at $39,820. And the only sedan you can buy from Detroit for the manual Integra’s price is a four-cylinder Chevy Malibu or an aging Stellantis product with an even older V6.

Pop into a Mercedes-Benz dealership, and you’ll have trouble finding an A-Class for less than the Integra stick’s price; head to Lexus, and the only model available for less is the entry-level front-wheel-drive version of the underpowered UX 250h hybrid crossover. Neither boasts the same suite of features as the loaded Integra; neither will offer as much usable space; and neither will be as much fun to drive. —Will Sabel Courtney

Point: The Integra doesn’t deliver enough Acura for its price 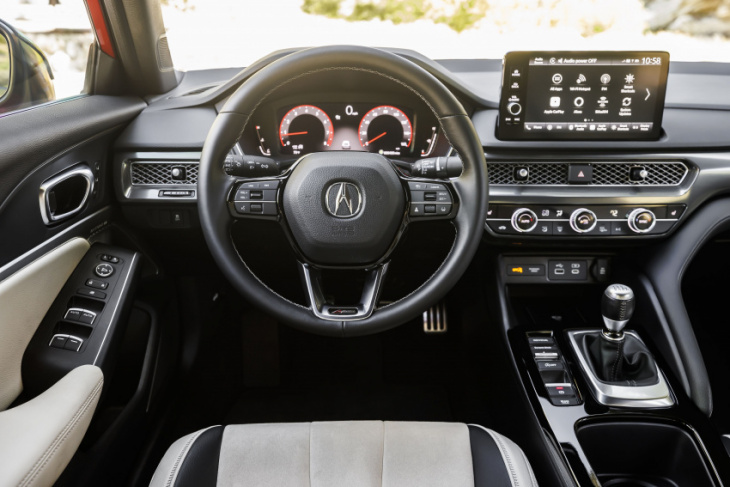 The Integra and Civic Si are not identical. They have different front and rear fasciae. They don’t share body panels. And if you can tell the subtle difference, the Civic Si is a sedan while the Integra has a hatchback body style. But beneath the skin, the cars are very much similar. The decisive differences are things Honda left off (or removed like the adaptive dampers) to create differentiation.

The Integra doesn’t offer any Acura-specific tuning. It puts out the same 200 horsepower as the Civic Si instead of getting a little sportier. It doesn’t add Acura’s best feature, the super-handling all-wheel drive system known as, aptly, SH-AWD. The adaptive dampers stripped from the Civic Si do help with ride quality. But those bring it from quite bumpy to tolerable, not luxurious. The Integra is still more or less as noisy as the Civic Si, and the interior does not feel like a huge upgrade.

About the only real Acura luxury difference maker on the amenities front is the Integra’s 16-speaker ELS Studio 3D Sound System. How valuable that feature is in a noisy, lightweight driver’s car is open to debate. —Tyler Duffy

Counterpoint: the Integra brings style, and that’s what people will notice 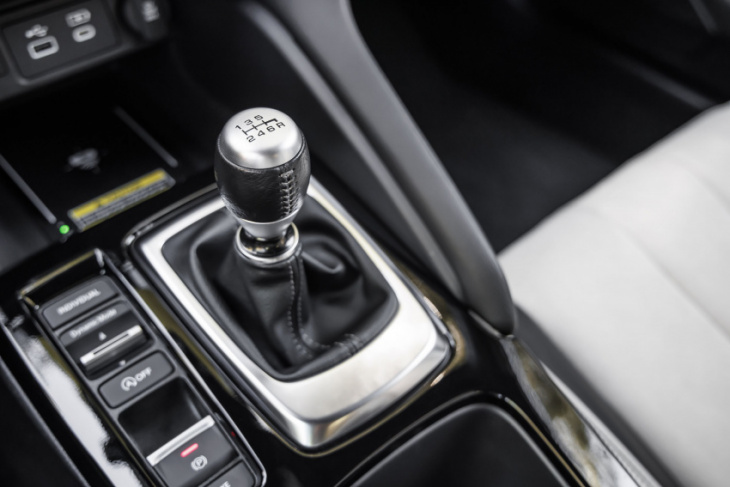 The differentiation (or lack thereof) between the Civic Si and Integra — especially inside — is certainly one of the Acura’s biggest weaknesses. The infotainment system that seems more than adequate in a Honda feels chintzy in that car’s fancy cousin, and while the microsuede trim on the seats isn’t bad, leather would be nice considering this is a luxury car.

Outside, though, is a different story. The Integra’s high card is its exterior design. It’s a sharp-edged, aggressive thing, this fastback sedan — the sort of car that looks like it’s doing 90 when it’s standing still. It’s arguably the best interpretation of Acura’s current design language, and to my eyes, the best-looking car in the company’s lineup today. (The NSX might have taken that trophy before, until Acura did, well, this.)

And as much as we enthusiasts love to wax nostalgic about the sweet Integras of yore like the Type S and Type R performance models, most Integras of the past were just, well, gussied-up Civics like this one. An attractive design, ample tech and a premium badge are what the entry-level luxury car game is about at the end of the day, and the 2023 Integra hits both those marks. —Will Sabel Courtney

The Verdict: The Integra isn’t for some, so see if it’s right for you 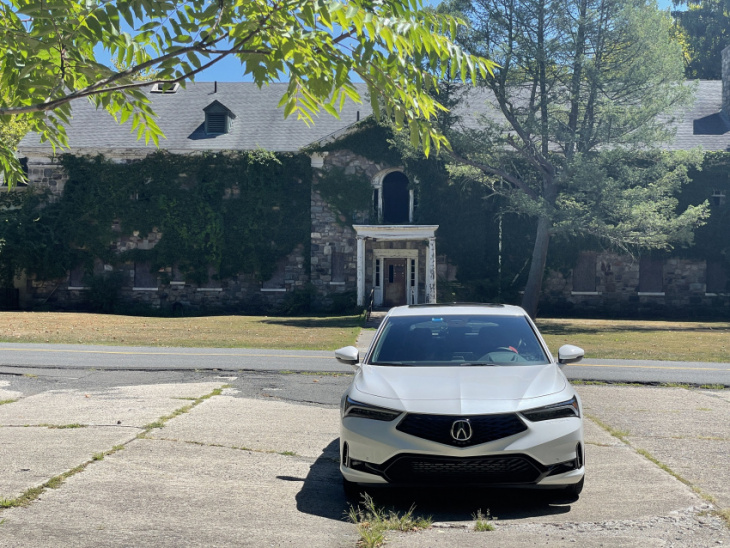 No car is right for everyone, obviously, but as you can see, that’s even more true in the case of the Integra. Some will see it as heresy, others a sellout, others a delight, and still others just as a good way to get to work every day.

One thing is incontrovertible, however: it’s still a brand-new sedan with a six-speed manual gearbox. In 2022, that alone makes it worthy of notice. 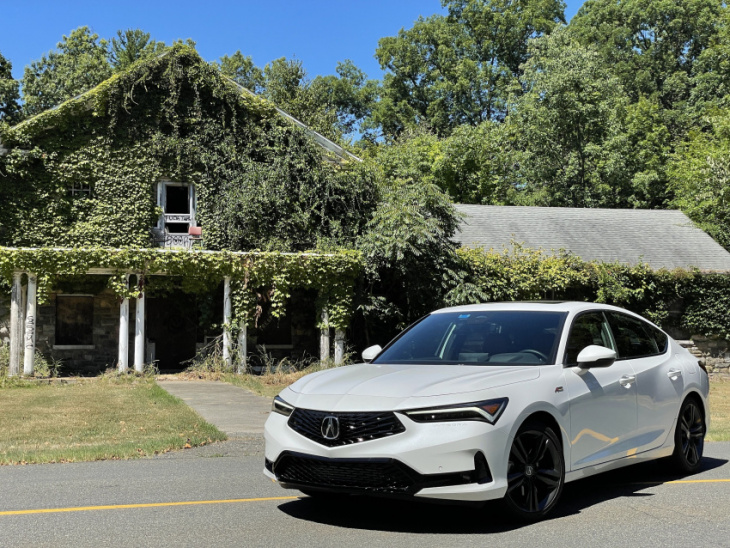 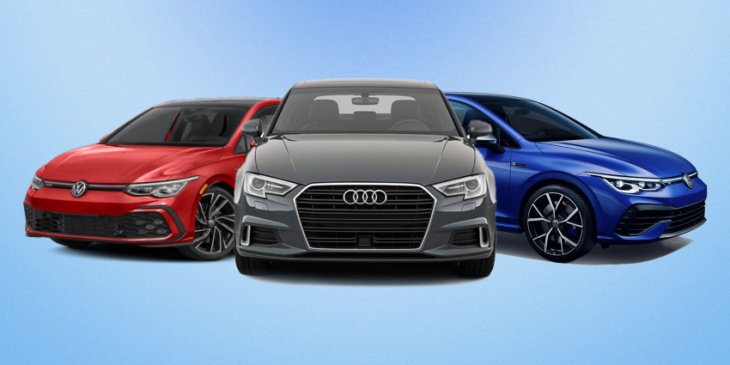 A sporty, four-cylinder VW product can be a great option under $50,000. But which one do you buy?