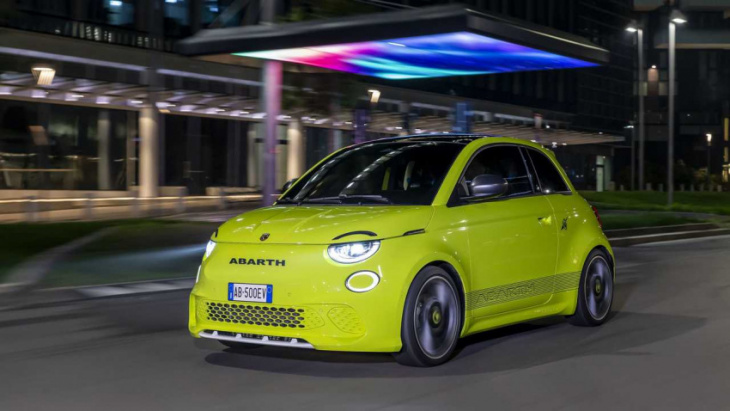 Fiat’s high-performance brand Abarth recently updated the aging previous-generation, gasoline-fueled 500 for 2023 but this small hatchback painted in a striking color is an entirely different car. Being based on the latest iteration of the popular Italian model, it means there’s no combustion engine under the hood. Instead, an electric motor drives the front wheels and offers more power than the regular EV wearing the parent company’s badge.

Abarth ran some tests to see how much quicker the electric hatchback is compared to the 695 model and its turbocharged 1.4-liter gasoline engine. They claim it gets from 20 to 40 km/h (12 to 25 mph) a second quicker. A track comparison showed the EV was a second quicker around the Misto Alfa Romeo circuit than the Abarth 695.

The spicy 500e has been fitted with the larger of the two batteries available for the cutesy EV. It’s a 42-kWh pack that can be charged at up to 85 kW. About 40 kilometers (25 miles) of range are available after keeping the car plugged in for five minutes while charging it for 35 minutes will replenish the battery to 80 percent. 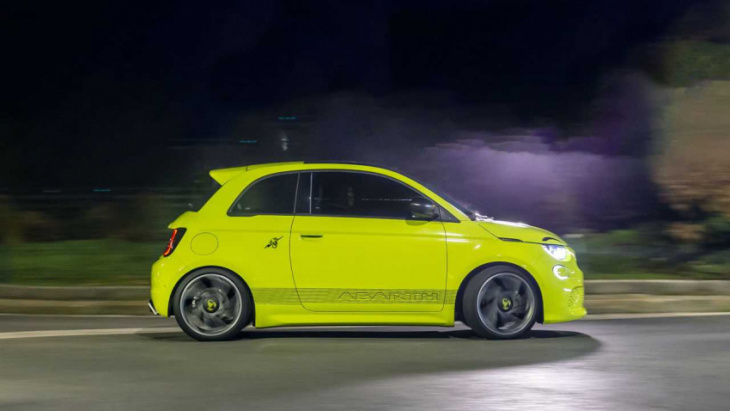 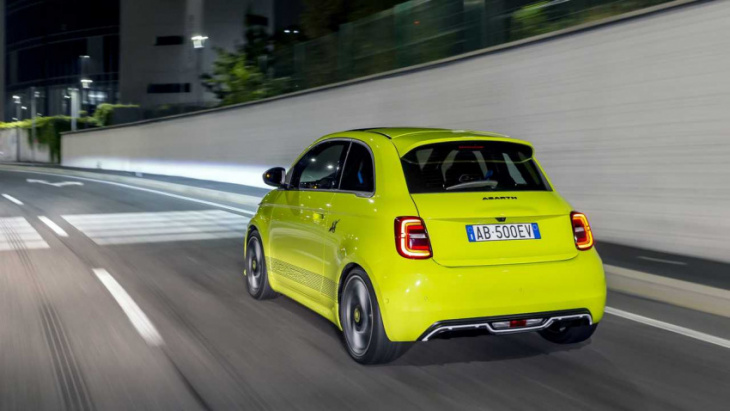 A fully loaded launch edition called Scorpionissima will be capped at 1,949 units as a nod to the year when Abarth was founded. It can be had with this eye-catching Acid Green paint or Poison Blue, both of which are combined with side graphics. The feisty electric hatch rides on exclusive 18-inch wheels and gets an assortment of upgrades: fixed glass roof, tinted rear windows, sporty metal pedals, and steel door sill plates.

The body-hugging front seats are heated and come wrapped in Alcantara combined with double stitching. The seats have integrated headrests with a laser-etched modernized Abarth logo in Acid Green, which is also found on the steering wheel. A 10.25-inch touchscreen with wireless Apple CarPlay and Android Auto sits to the right of a seven-inch digital driver’s display. 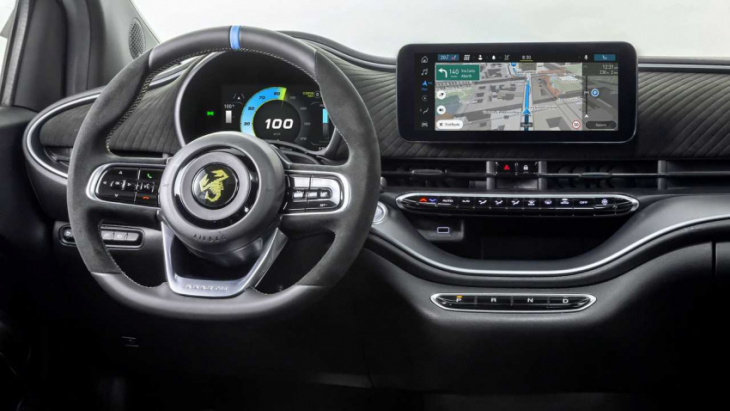 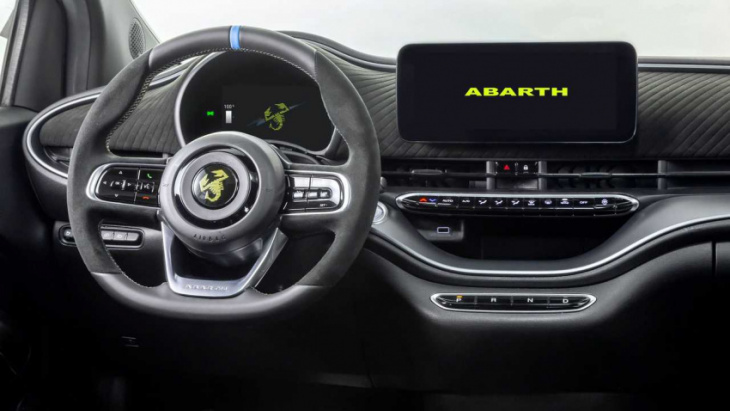 Even though it’s a small car, the Abarth 500e is packed with featured. These include automatic headlights and windshield wipers, keyless access, wireless smartphone charger, 360-degree camera, JBL sound system, and automatic climate control. A fake sound generator to mimic a gasoline engine is included, and thankfully, it can be turned off.

The 2023 Abarth 500e isn’t a hatchback-only affair since it can also be had as a convertible with a black fabric roof and the same two body paint choices.