Full pricing and features have been released for the 2022 Volkswagen Golf R Wagon.

In addition to our original story below, we now know it is the first time both the overall length and wheelbase of the wagon exceed that of the hatch – with length up to 354 millimetres to 4644 mm, and the wheelbase increased by 50mm to 2681mm.

The result is rear legroom expanding from 903mm in the hatch to 941mm in the stretched version.

Boot volume moves from 374 litres in the hatch to 611L in the wagon – including a full metre of length between the tailgate and rear seat-backs when the second row is up or 1230L versus 1642L when the 60:40-split backrest is folded and 1.845 metres. 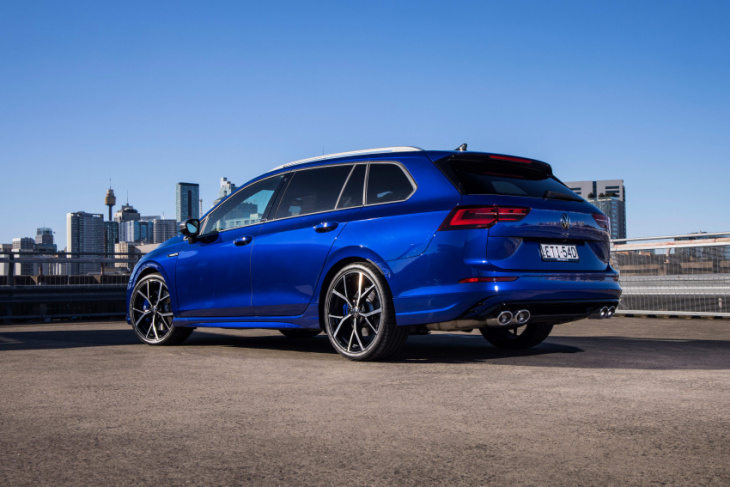 The new Golf R Wagon also features chrome roof rails, an electrically operated tailgate with easy open/close and a luggage net partition which can be extended from the rear seats to the roof lining.

Optional costed extras include a panoramic sunroof for $2000 and a Harmon Kardon premium audio system for $1000. 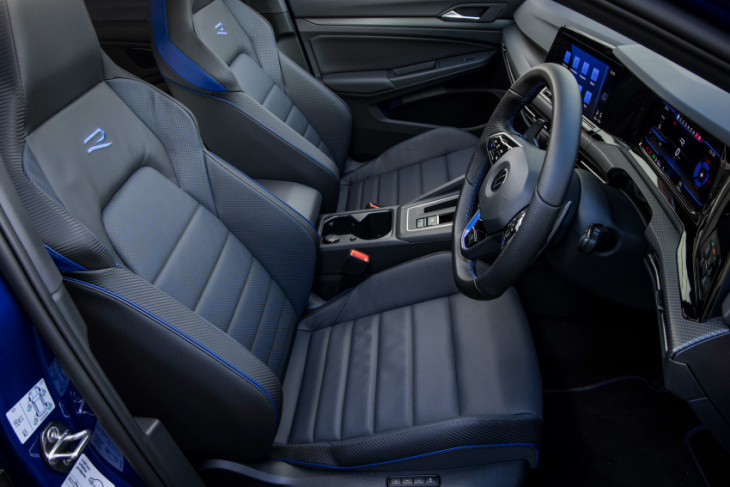 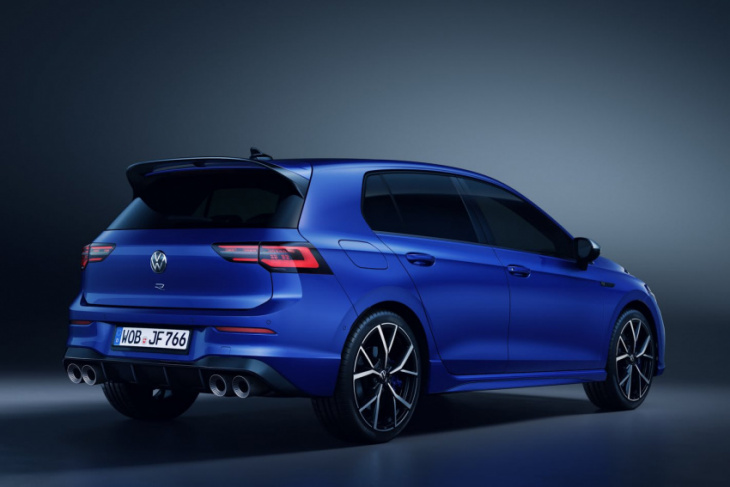 The story to here

UPDATE: We’ve now driven the new Golf R in Australia. See our fresh coverage at the links below

Volkswagen Australia’s price hike follows the significant price increase for the eighth-generation Golf GTI released at the start of 2021.

It positions the Golf R hatch within just $3000 of its Audi sister car, the S3 hatch.

A wagon version is again offered, priced from $68,990, and will follow shortly after the hatch that’s due in April.

Volkswagen Australia originally planned to price the Golf R from $67,990, but reduced the price slightly after being forced to adopt a slightly detuned version of the hatch to ensure supply.

The Golf R hatch for Australia now produces 400Nm of torque rather than the initially quoted 420Nm, reducing its 0-100km/h time by a tenth to 4.8 seconds – the same time as the previous model.

It also continues to utilise a seven-speed Direct Shift Gearbox (DSG) auto and claims a fuel economy figure of 7.4L/100km on the combined-cycle with mandatory 98RON premium unleaded. 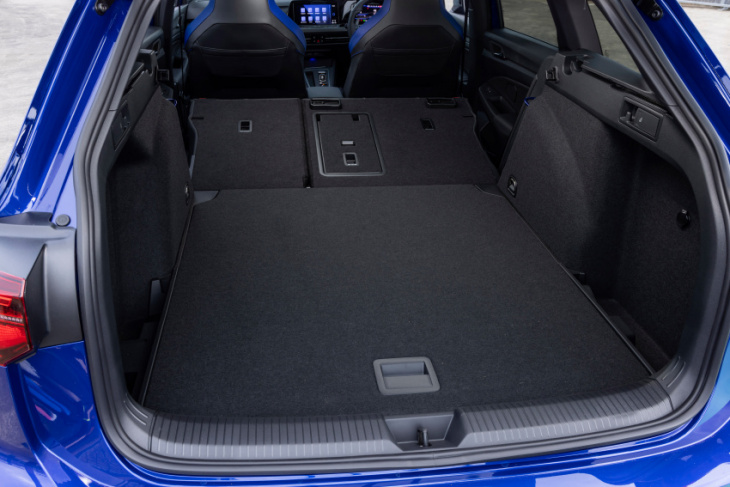 The previous generation R signed off with a limited-run Final Edition priced from $57,990. The regular version had previously cost from $55,990 in hatch form or $57,990 for the wagon.

VW Australia said it was confident the Golf R will continue to be as popular as ever locally when it arrives in April 2022 despite the price rise, while adding it wasn’t concerned about the proximity to the S3.

“We have our core audience in that [performance] area of the market,” said Todd Ford, VW Australia’s product manager for passenger vehicles. “We have a bit of the blinkers on maybe with regard to R… we suspect there are different buyers/customers [between R and S3]. From our perspective, we know we have an audience that clearly enjoys this car. 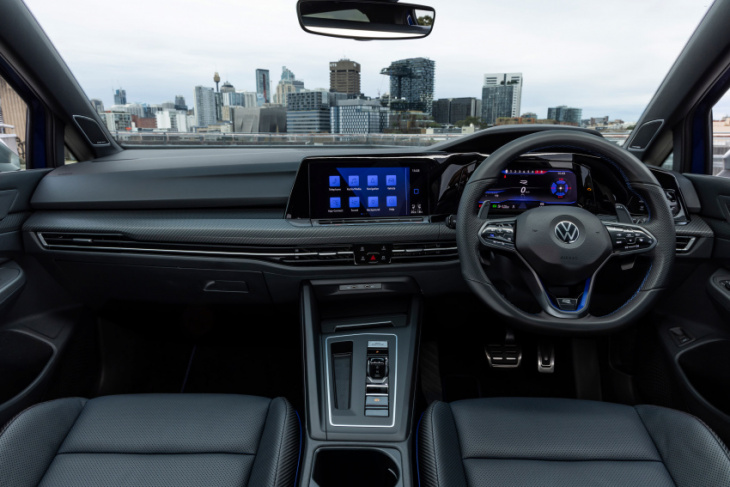 “The S3 and Golf R did realign a bit, got closer [in price], in the previous lifecycles and that had no impact [on sales].

“[Customer] interest is on the money [for the new Golf R] and we’re even expecting above that [on sales].

The latest-generation Golf R is the fastest and most technologically advanced version yet.

A new all-wheel-drive system incorporates torque vectoring that enables power to be distributed between the rear wheels not just the front and rear axles.

A Performance Front Brake system is also standard, along with an R drive mode button on the steering wheel that varies vehicle settings. 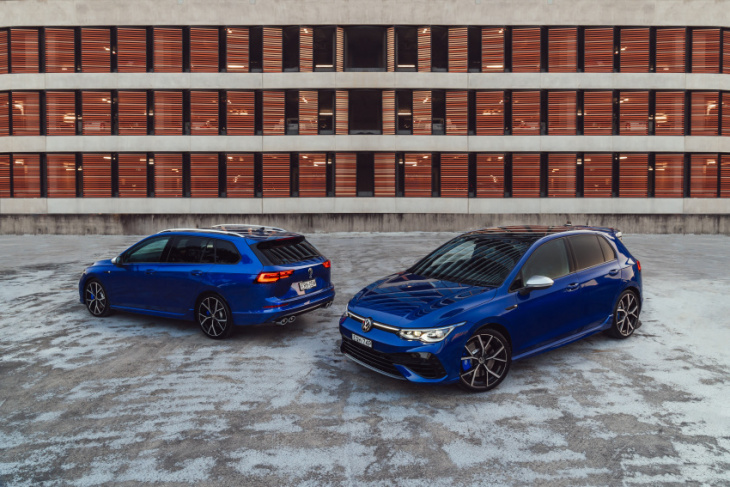 This includes access to a new Drift mode offering power-oversteer driving for track-day enthusiasts by sending 100 per cent of rear torque to a single wheel.

The Amarok will go in sale in diesel and petrol guise next year but an electrified version is coming. Battery electric and plug-in hybrid versions of the Amarok are being actively considered by Volkswagen as the company determines the best way forward as Euro 7 deadlines loom. Both the ...


View more: Volkswagen Amarok is going to be electrified by 2025 - but will it be plug-in hybrid or battery electric?