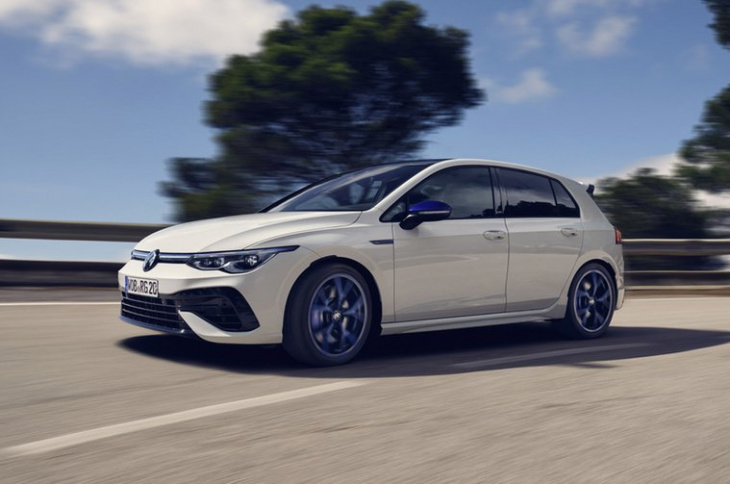 We like the standard Volkswagen Golf R for being fast and fun, and this R 20 Years is absolutely no less capable, so does that make it the best Golf R you can buy in the UK? Not really.

Forgive us for putting a dampener on celebrations, but we don’t have the freedom of derestricted Autobahns in the UK, so the higher 166mph top speed is irrelevant to us. We also doubt you’ll really get to explore the extra bit of power either, we certainly didn’t.

Similarly, the Drift driving mode is a bit pointless because you’ll be banned from a track day if you try it out, while the police and your insurance company will take a very dim view if you use it on a public road.

What’s more noticeable is the extra £5000 this anniversary edition will cost you over the standard R. Indeed, avoid the 20 Years Edition and the savings will probably be enough to cover fuel costs for a year and allow you to splash out on a rather nice celebratory birthday cake …