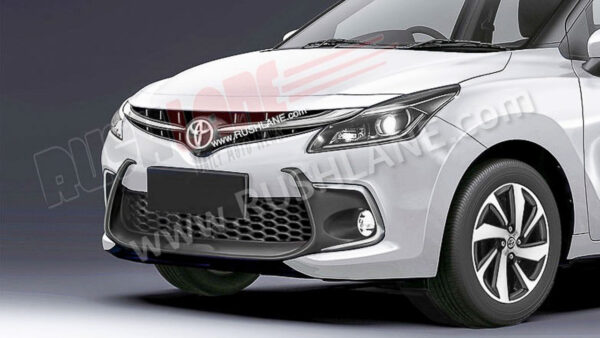 Ahead of launch in India on 15th March 2022, official bookings of the new Toyota Glanza have commenced from today. Interested buyers can get their booking done online, or via authorized Toyota India dealership. Booking amount is set at Rs 11,000.

New Toyota Glanza follows the launch of the 2022 Maruti Suzuki Baleno of which it is a rebadged version. The Baleno received a mid-life update last month. New Glanza will be seen with the same features

Toyota Glanza facelift will be presented in four trims of E, G, S and V, unlike its earlier counterpart that was only offered in G and V trims. Exterior colour options will be the same as that seen on the Baleno in white, silver, grey, red, and blue. It will however, miss out on a beige colour scheme that is being introduced on the new Baleno.

The new Toyota Glanza facelift will see some added features over its outgoing model and will also be differentiated from the 2022 Baleno facelift in some respects. It will see a new front fascia, revised headlamp designs and DRLs along with a restyled front grille. It will sport Toyota badging in the front and rear. New LED tail lamps and body panels will be seen at the rear while it will ride on new alloy wheels. 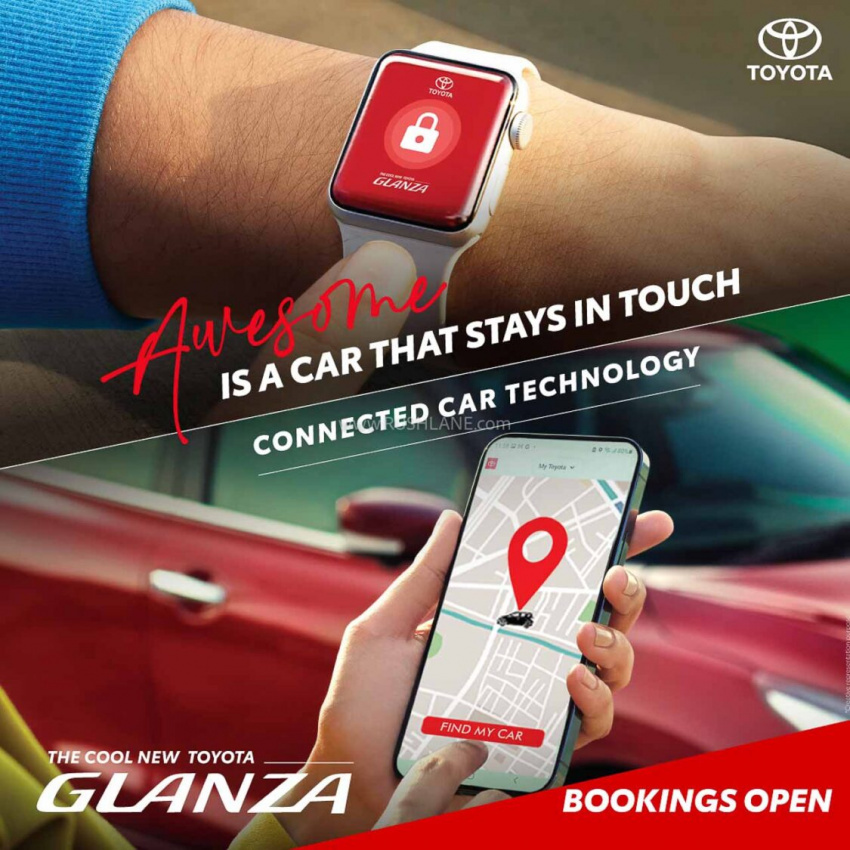 Updated technology will make its way into the interiors of the new Glanza with a HUD – Heads-up-Display unit and a revised 9 inch touchscreen infotainment system with Android Auto and Apple CarPlay connectivity along with connected car technology with Alexa support.

A new dashboard design in a three tone colour scheme of black, beige and piano black, AC vents and wireless phone charging will also be among its updates. The top of the line Toyota Glanza will come in with a total of 6 airbags while it will also sport electronic stability control, hill hold assist, auto climate control and cruise control along with a 360 degree camera.

There will be no change in the engine lineup and the Glanza facelift will continue to draw its power via a 1.2 liter DualJet petrol engine offering 90 hp power and 113 Nm torque as is also seen on the Baleno. This engine will be mated to a 5 speed manual gearbox while it could also get an AMT unit. If it does, then the Glanza will be the first Toyota model in India to get an AMT gearbox. Mileage claimed is 22+ kmpl.

Mr. Atul Sood, Associate Vice President, Sales, and Strategic Marketing, TKM, said, “We are delighted to introduce to you, the cool new Glanza specially made for those who are seeking for an advanced yet an affordable option. Till date, the Toyota Glanza has sold over 66,000 units which is a testimony to the fact that Toyota has become a lot more affordable and accessible proposition for the Indian car buyers.”