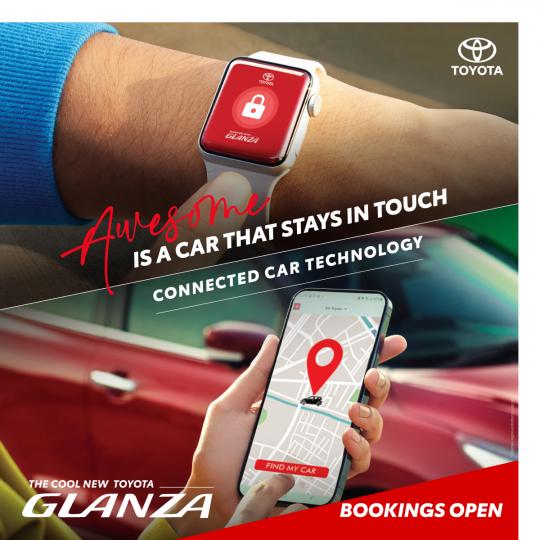 The official prices for the new Glanza will be announced on March 15, 2022.

Toyota has started accepting bookings for the 2022 Glanza in India. Customers can place their orders by paying a token amount of Rs. 11,000.

The new Glanza is based on the 2022 Maruti Suzuki Baleno. It is likely to come in four trims – E, V, G and S trims.

Unlike the previous model, the new Glanza features a bespoke front fascia with a slim grille and a redesigned front bumper.

The car is expected to get a dual-tone interior equipped with a 9.0-inch SmartPlay Pro+ touchscreen infotainment system, a head-up display, a 360-degree camera, automatic climate control, cruise control, 6 airbags and ESP.

The Glanza uses the same 1.2-litre mild-hybrid petrol engine that powers the new Baleno. It produces 89 BHP and 113 Nm, while transmission options include a 5-speed manual and 5-speed AMT.

The official prices for the new Glanza will be announced on March 15, 2022.