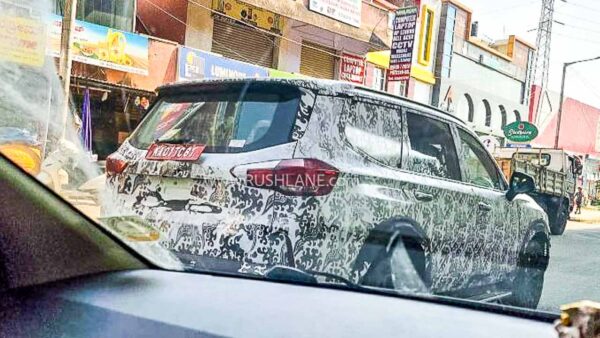 MG Motor India is trying to recreate its magic that debuted with Hector. It was a feature-loaded offering that did very few things wrong. But the honeymoon phase was soon over and Hector sales started declining. MG has been expanding its portfolio in India both horizontally and vertically ever since. Hence we got Astor, ZS EV and also Gloster.

Next Gen Hector is slated to launch soon and is very likely to bring the initial success it had. Other products in the lineup are also getting love from the company as sales continue to decline. Astor got new base variants to get competitive pricing and ZS EV is also getting a new base variant too. But what about the brawny Gloster? MG has dropped a new teaser regarding the same. Let’s take a look.

Spy shots of test mules of 2022 MG Gloster have been pouring in over the past months. But MG hadn’t revealed anything regarding that officially. Until now. MG has teased us with a new and updated Gloster asking us to “Prepare For Safer Drives & Much More”. MG doesn’t say how much safer than the outgoing model and what much more features are on offer.

But going by MG’s strategy of loading its products to the gills with features, we can expect a new 14” vertical touchscreen infotainment system that was teased with Next Gen Hector. Along with that, a lot more interior tweaks will make Gloster even more upmarket. But given the price and segment, MG might also give Gloster, a 19.4” Marvel R’s touchscreen system too. I would take buttons and knobs any day of the year. But, okay. 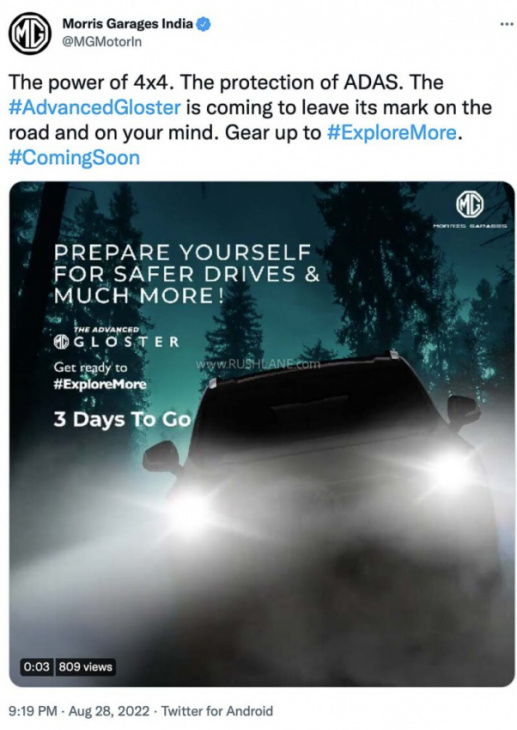 The interior updates will make Gloster a nicer SUV than it already was. Going by spy shots that we received, 2022 MG Gloster is less likely to get any external changes. It is not a bad thing as it is the most stand-out SUV in its segment. The only sour points that it is likely to retain are the ugly GLOSTER badging on the rear bumper and its childish “Internet Inside” badging.

New Gloster is likely to remain the same when it comes to mechanicals. It was a well-sorted powertrain, to begin with. It will get a 2.0L diesel engine which is offered with either a single turbo or a twin-turbo. The former makes 161 bhp and 375 Nm of peak torque. Whereas the latter makes 215 bhp and 418 Nm of peak torque. No matter the choice, it gets a sole 8-speed automatic gearbox as standard. Twin-turbo powertrain also comes with a 4×4 option.

2022 MG Gloster takes on the big boys like Toyota’s Fortuner, Isuzu MU-X, Mahindra Alturas G4, and in terms of price, it also competes with Jeep Meridian, Hyundai Tucson and Kia Carnival too. Gloster’s main rival is Fortuner which laps up customers like crazy despite being atrociously overpriced and offering negligible niceties when compared to Gloster. A price hike for Gloster is likely. But MG will still keep the price below Fortuner. Official details will be revealed at launch on 31st August.