Mazda has officially taken the covers of its new CX-60, bolstering its ever-growing line-up in the SUV market.

Announced in October last year and teased just last month, the CX-60 will launch later this year as a two-row, five-seater standing between the CX-5 and CX-8 in Mazda’s local model range, bringing with it a revised design language highlighted by its new-look front and rear lights.

As well as including two straight-six engines – available in petrol or diesel – the CX-60 becomes Mazda’s first-ever plug-in hybrid, with the PHEV variant boasting power figures surpassing any other road-going model from the Japanese manufacturer. 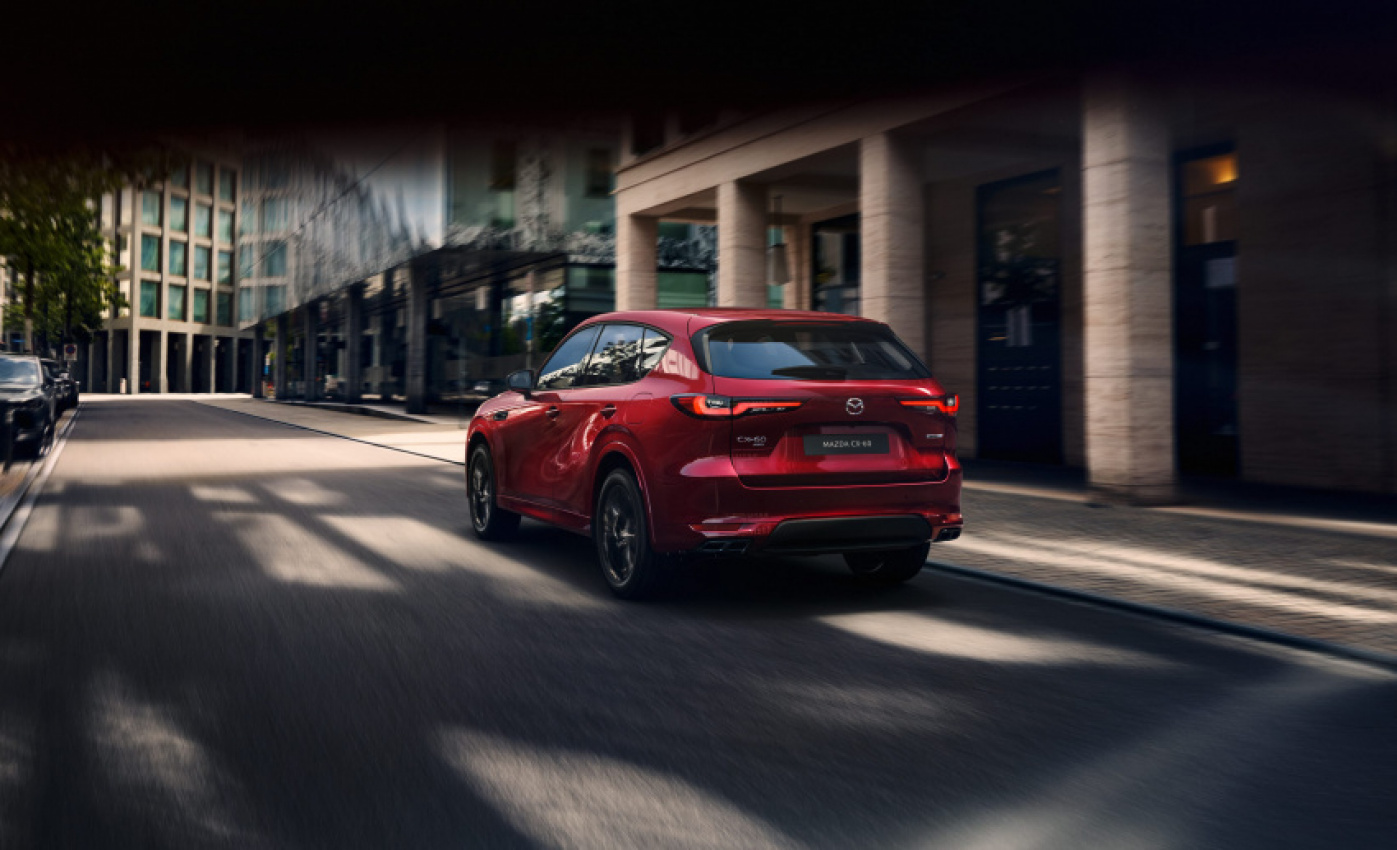 Available in four grades, the Prime-line opens the CX-60 range with standard equipment including:

Stepping up to the Exclusive-line, buyers are treated to a host of equipment upgrades, such as:

Finally, the range-topping Homura grade gains unique features to set it apart as the flagship of the range: 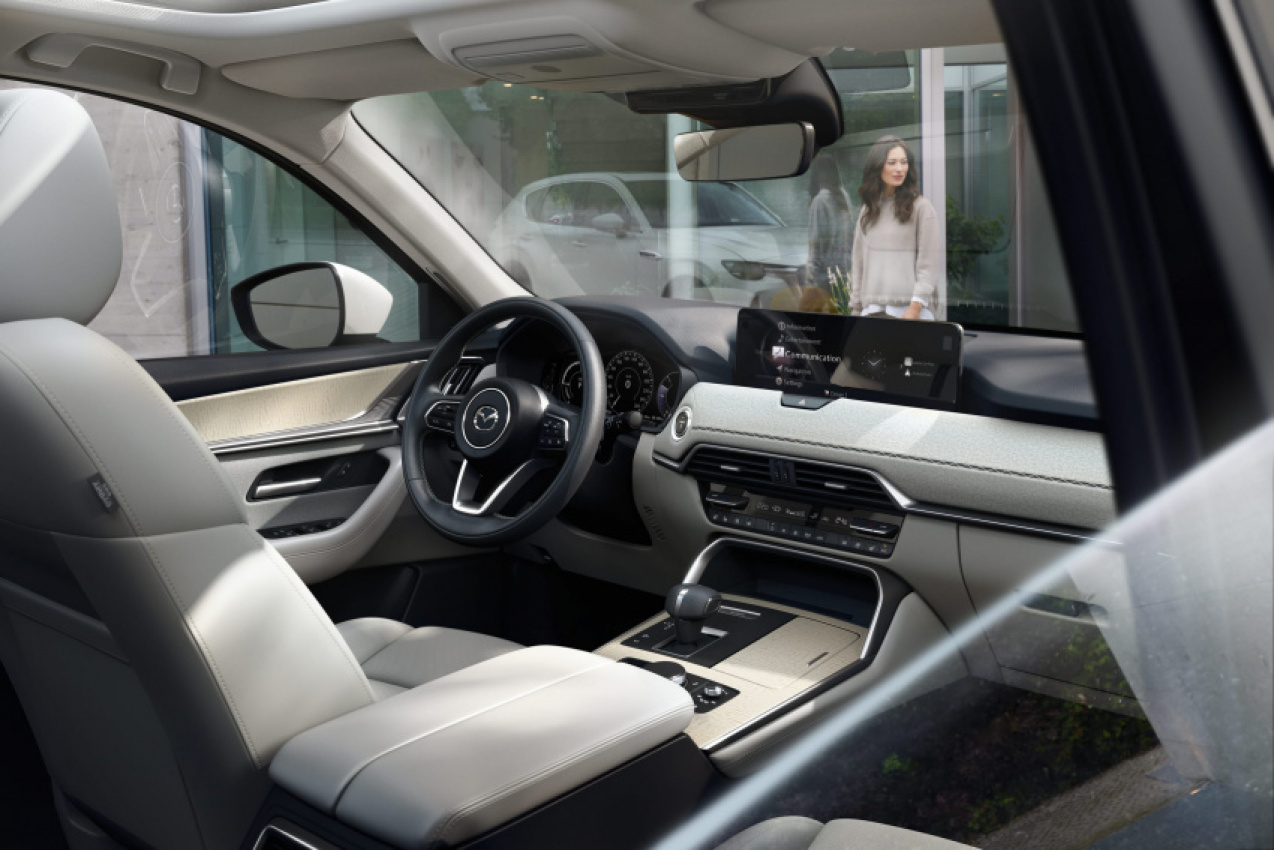 Headline figures for the CX-60’s flagship PHEV variant come courtesy of its 2.5-litre, Skyactiv-G four-cylinder petrol engine, paired up with a 100kW electric motor and 17.8kWh battery pack to produce a total system output of 241kW and 500Nm.

These numbers not only make it the most powerful PHEV in its class – the CX-60 also becomes Mazda’s most powerful road car in its history, with the electrified drivetrain, eight-speed automatic transmission and all-wheel drive system allowing the SUV to complete the 0-100km/h sprint in just 5.8 seconds.

Fuel consumption is rated at a claimed 1.5 or 1.6L/100km (depending on whether the car is specced with 18- or 20-inch wheels respectively) while Mazda also says it can achieve an electric-only driving range of up to 69 kilometres – when driving in the city with the lighter 18-inch wheels fitted.

Compatible with 220-240V AC chargers, the CX-60’s onboard battery can be charged from empty in four hours. 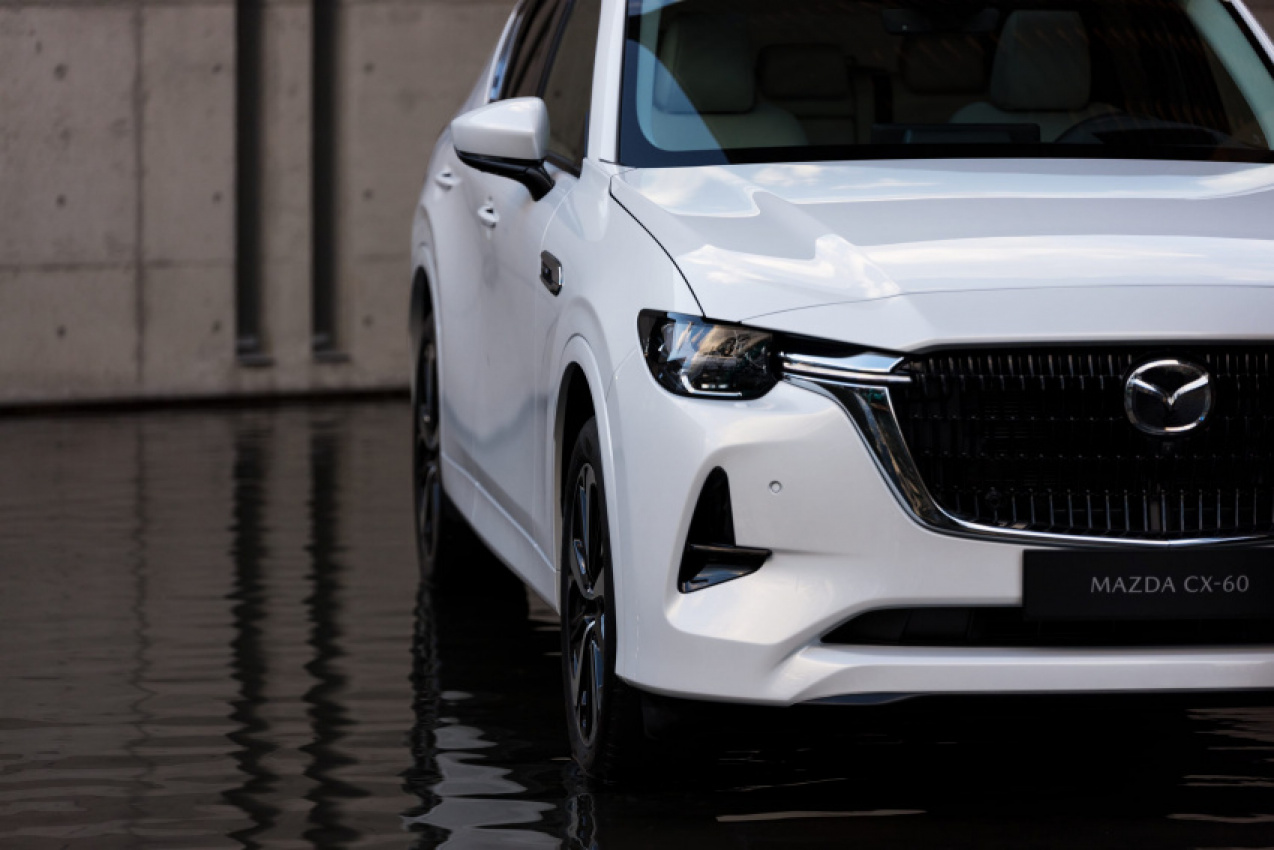 The larger overall dimensions allow for it to carry up to 570 litres in the boot with the second row of seats up, with its capacity jumping up to 1726 litres when the seats are folded flat.

At its minimum weight, the CX-60 tips the scales at 1980 kilograms when fitted with 18-inch wheels, bumping up to 1995kg when the 20-inch alloys are fitted, while its maximum permissible weight remains at 2667kg. 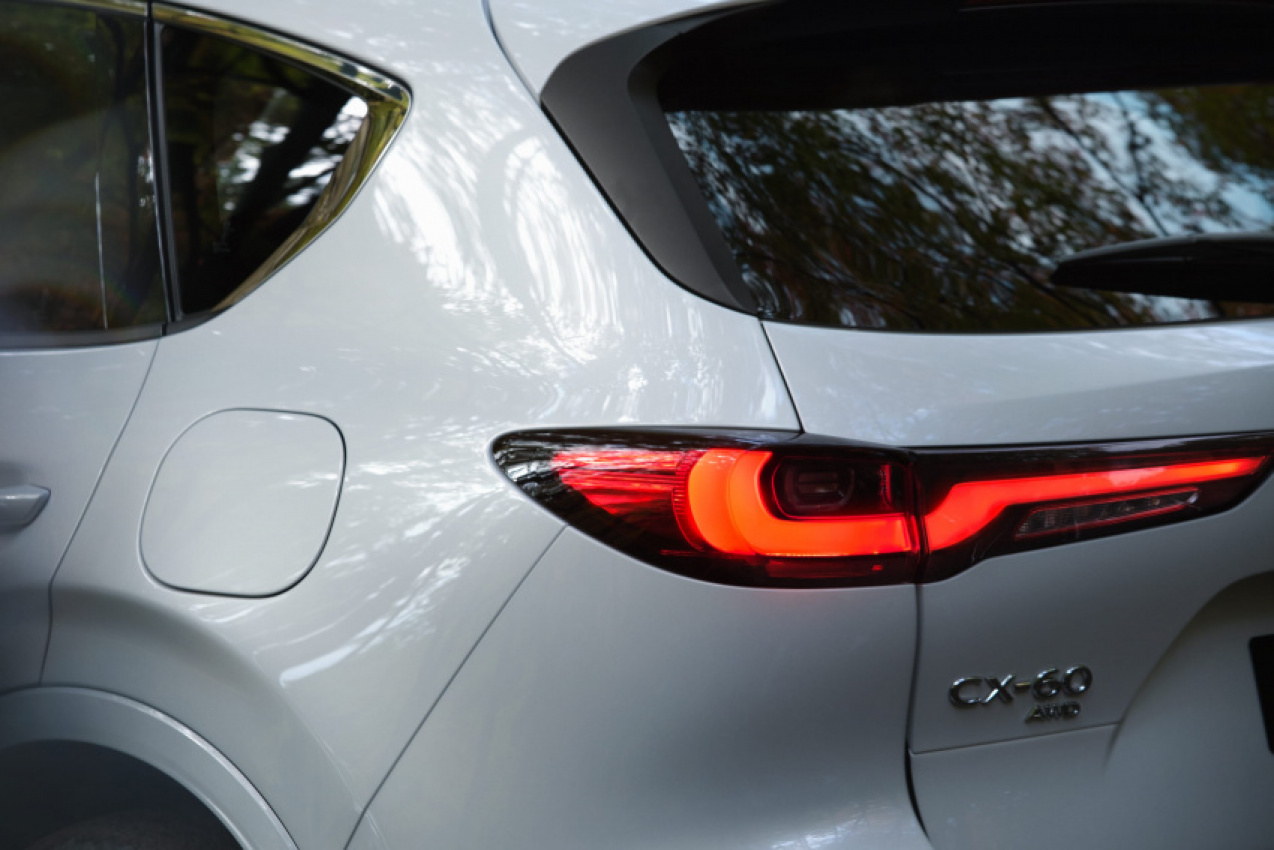 Mazda is targeting a five-star ANCAP safety rating for the CX-60, boosted by the fitment of a centre and rear side airbags as well as a host of tech equipment, including but not limited to: 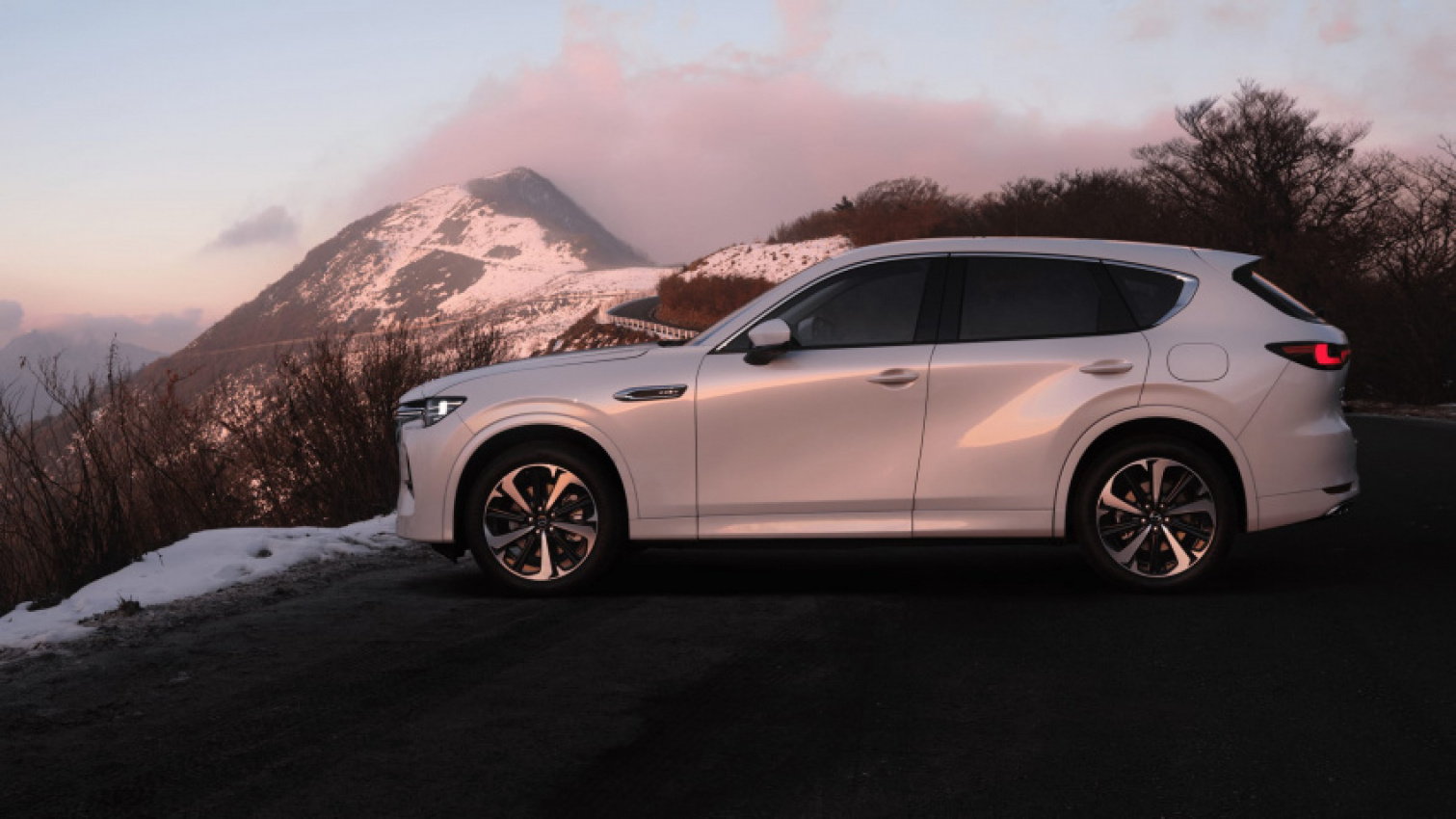 Mazda is set to roll out the CX-60 in Europe from the middle of the year, after production begins in Japan on March 11, although Australian buyers will have to wait until later in the year before local pricing and features are revealed.

Held at Modena Circuit in Italy, the ‘MX-5 Rally of Records’ has broken the Guinness World Records title for the largest parade of Mazda cars in the world. With a parade of 707 MX-5s, the event beat the previous record set in the Netherlands in 2013, where 683 cars ...

Talk to the hand, because my eyes are on the road Dude, where’s my minivan? Butterfly clips are hella cute Final thoughts or whatever Once upon a time, we had to watch cable TV, and therefore were forced to watch commercials — we couldn’t click “Skip ad” after a ...