With a comprehensive range of new features, 2022 Brezza will give tough competition to the likes of Nexon, Venue and Sonet 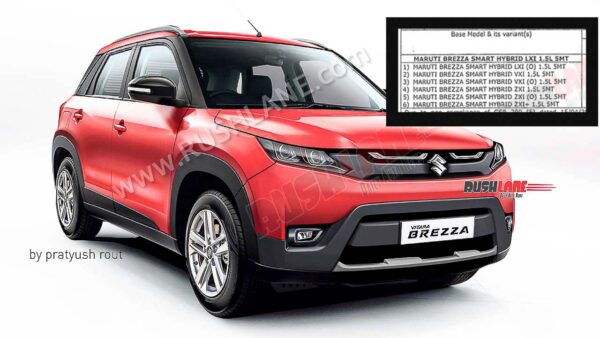 While currently it’s Tata Nexon that leads in sub-4-meter SUV segment, things are expected to change with launch of new Maruti Brezza. 2022 Brezza is scheduled to debut on June 30. It will be interesting to see which SUVs are the most impacted by arrival of new Brezza. Apart from segment bestsellers, others like Mahindra XUV300, Nissan Magnite and Renault Kiger may also be impacted.

Ahead of its launch, details about 2022 Maruti Brezza Hybrid SUV variants and powertrain options have been revealed via Type Approval Certificate issued by ICAT, Manesar. As expected, new Brezza will be using the K15C motor that does duty on facelifted Ertiga and XL6.

There will be a total 10 variants on offer – 7 manual variants and 3 automatic variants of new Brezza. Manual variant options are LXI, LXI (O), VXI, VXI (O), ZXI, ZXI (O) and ZXI+. Automatic transmission option will be available with VXI, ZXI and ZXI+ variants.

2022 Brezza will be using the 1.5-litre smart hybrid motor that currently does duty on Ertiga. Power output of 103 PS is the same as that of Ertiga. Torque output of the engine is at 136.8 Nm onboard Ertiga. The electric motor generates an additional 3 PS. Transmission options include 5-speed manual and 6AT. 2022 Brezza CNG is expected to be launched at a later date. 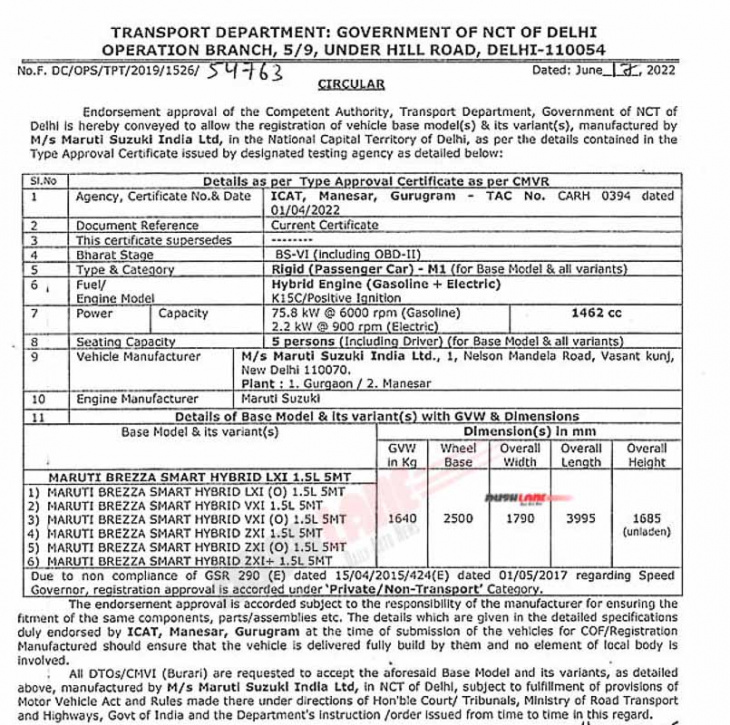 For maximum impact on consumer perceptions, Maruti has equipped 2022 Brezza Hybrid SUV with a range of premium features. One of the longest pending demands has been the sunroof, which has been fulfilled with new Brezza. It will be the first Maruti car to get a sunroof. The sunroof comes with tilt function for improved usability in varying weather conditions.

Another key update is a free standing 9-inch Smartplay Pro+ touchscreen infotainment system. New Brezza has Arkamys sound system, as compared to Sonet’s Bose and Nexon’s JBL. Users will be able to access a range of connected car features via Suzuki Connect platform. 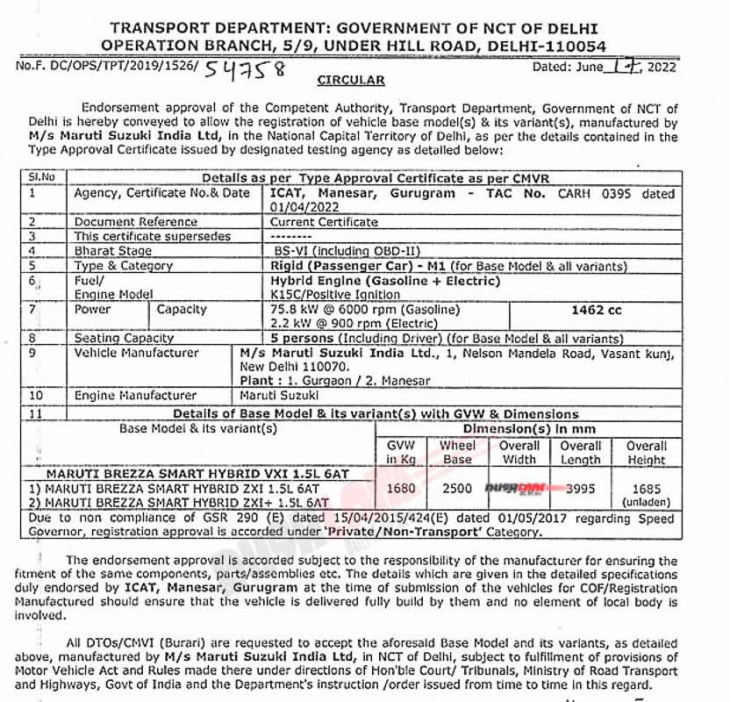 For added convenience, 2022 Brezza has been equipped with a head-up display. This feature was first introduced with new Baleno that was launched earlier this year in February. Other key updates for new Brezza include premium interiors, tilt and telescopic steering and rear AC vents.

In terms of safety, 2022 Maruti Brezza has been equipped with 6-airbags. This is in line with the government’s plans to make 6-airbags as standard for all passenger cars. The SUV also gets a 360 degree view camera. This comes handy while parking or when negotiating the vehicle through tight spaces. Official prices of all 2022 Brezza variants will be announced at launch. Expect it to range from Rs 7.5 lakh to Rs 12 lakh, ex-sh.