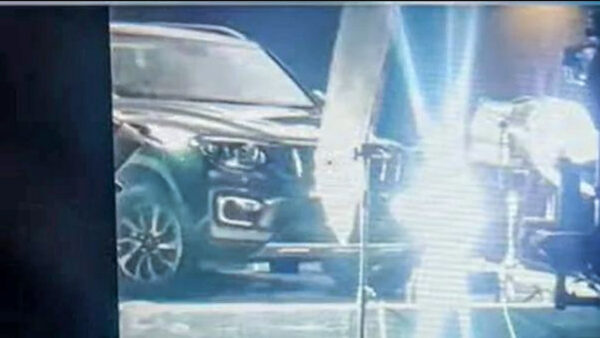 Mahindra is currently racing through time in order to clear the massive backlogs of deliveries for the second generation Thar and the new XUV700. This is due to an ongoing global shortage of semiconductor chips which has adversely affected automobile production across the world.

Meanwhile, the homegrown auto major is also in the final testing phase of the new-gen Scorpio which is scheduled for a launch in the coming weeks. Test mules of the new Scorpio have been spotted on countless occasions in the past 2-3 years.

Ahead of launch, shoot of the 2022 Mahindra Scorpio TVC has started. From the set, a photo has been leaked, credit to Navdeep Singh Dhillon (@dhillonavdeep0001). The leaked photo of Scorpio 2022 from the TVC shoot set, is a bit hazy, but it does match the leaked spy shots.

The new Mahindra logo takes centre stage while the grille is flanked by new dual projector LED headlamps on both sides with integrated DLRs and turn indicators. Further, it receives a reprofiled bumper that houses new LED fog lamps with C-shaped enclosures and an air dam with a honeycomb mesh pattern. It also boasts a massive bash plate which gives the SUV a butch and rugged appeal. 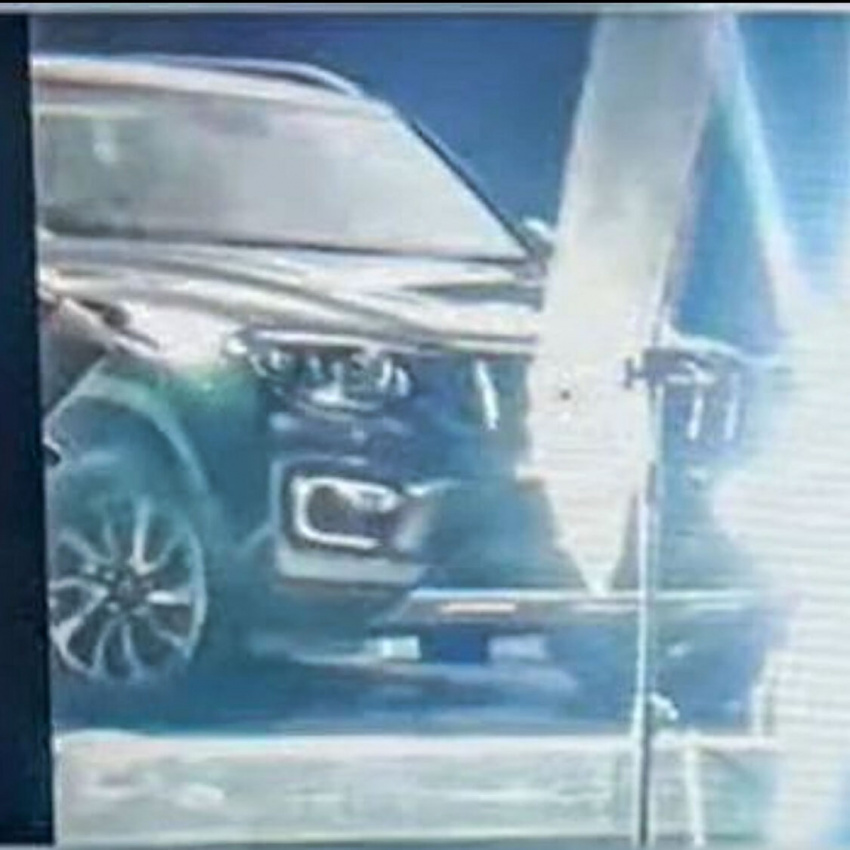 Side profile has been kept clean and understated with body-coloured ORVMs and door handles. However, it does flaunt massive wheel arches which are nicely filled up by chunky wheels, this time with silver-coloured multi-spoke alloys. Other highlights include a side step for easier ingress and egress, roof rails and a thin plastic cladding on door sills.

From previous spy images, it can be concluded that cabin of the new-gen Scorpio will be significantly more modern. This includes an all-black cabin with dual-tone leather upholstery and a revised dashboard layout.

The new dashboard features a larger touchscreen infotainment display flanked by vertically oriented air-con vents. Other feature highlights include a Sony sound system with six speakers and an electric sunroof.

Powering the new-gen Mahindra Scorpio will be two engine options- a 2.2-litre mHawk diesel engine and a 2.0-litre mStallion turbo petrol engine. Both units will be offered with either a 6-speed manual or a 6-speed automatic gearbox. A 4WD functionality is likely to be offered in the higher-spec trims.

Mahindra is likely to sell the current Scorpio along with New Scorpio 2022. The updated version could be on sale as ScorpioN or Scorpio Sting. Mahindra has trademarked these names. Expect prices of 2022 Scorpio to be higher than the current Scorpio, for top variants.